How Sound Affects Us: Sonic Weapons

Language
Having explored emerging areas of "healing" and "wellness" in her 'How Sound Affects Us' series, Lynda Arnold now explores how sound and vibration can be used to create pain with violent ends in mind.

Over last two years, I've covered a wide range of topics based on sound healing and music for wellness in my 'How Sound Affects You' series. I've covered everything from Binaural Beats to Drumming for Health to more experimental techniques in the burgeoning field of sound healing. Without a doubt, sound and music in various applications can have a profound affect on our consciousness and overall well-being. So, the next question is, can sound be used to control or even harm us? 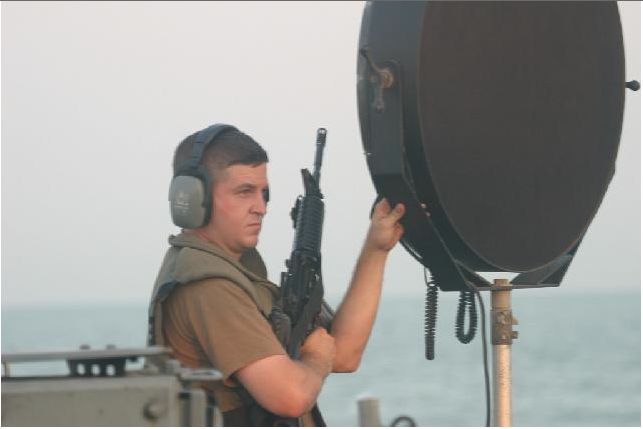 The LRAD, or Long Range Acoustical Device, produces pulsating tones above the threshold of pain of human hearing or above 120 dB. Tones can go as high as 149 dB if you are in the radius of the transmission. At close range, these tones can cause permanent hearing damage. The frequencies generated by the LRAD are not only loud, but high pitched. The LRAD or Sound Canon as it's sometimes called, is also used to project messages over long distances. The power of the sound canon far exceeds the projection of normal loudspeakers.

The device entered the maritime other military applications. It has even been used to clear wildlife from runways. The most controversial use so far has been during various protests over the past decade. Most recently, the LRAD was used in the protests in Ferguson, MO to broadcast messages and disperse crowds. It was also used during the Occupy Movements in Oakland and New York to do the same. The mass confusion generated by tear gas, rubber bullets and flash bombs now has a sonic sidekick.

The LRAD can certainly be useful in certain situations, but its use in what would otherwise be peaceful protests is bringing this tool into question. The chance of permanent hearing damage makes the LRAD more harmful than other dispersement techniques. The LRAD has been through many evolutions and upgrades since its initial development with the technology becoming more refined and powerful.

The Next Level in Sonic Weaponry

I came across an interesting YouTube interview by Jeff Rense with Dr. Patrick Flanagan about Electromagnetic Frequency Mind Control. Essentially, they talk about the 'Lilly Wave' and the capability of this special vibrational frequency to act as a carrier for other vibrational information to be inserted into our brains. The frequencies or vibrational signatures can be certain emotions such as fear or bliss or various brain states. The transmission of this electromagnetic information can be easily done through our power grid, through our 60 Hz AC outlets and our televisions. It's worth a listen and there are lots of great links in the information section:

Infrasonic or Ultrasonic generators are another form of sonic weaponry. Acoustic pulses are transmitted by a directional antenna at specific frequencies (hertz). Infrasound is especially powerful because it can travel great distances and even though buildings to affect people without them knowing. Effects of Infrasound can include fatigue, imbalance, severe intestinal pain and much more. Infrasound projections can also target the brain and change brain chemistry. Infrasound operates with the range of human hearing whereas Ultrasound occurs beyond 20 kHz. Ultrasound weapons also inflict a variety of disorienting mind and body effects. This article is one of the best resources I've found explaining these Sonic Weapons and more in greater detail: http://www.newworldwar.org/sw.htm

Sonic weapons are an interesting study into our future world and a powerful demonstration of how sound can affect us when the intention is to control a population by force with what is otherwise invisible.