Language
One of the most impressive pieces of news from Musikmesse 2016 was Softube's Modular. An uber affordable and convenient way to emulate a modular synth system.Â Watch this in-depth video from Messe.

Softube tell us that Modular is, “a new cross-platform modular synthesizer plug-in that looks, works and sounds exactly like its analog Eurorack counterparts.”

They collaborated with Doepfer and Intellijel to “create circuit emulations of existing hardware modules” which are designed to get you as close to the analog sound as possible.

The video below features Kristofer Ulfves from Softube telling us about Modular, revealing some of the roadmap, explaining how they emulate modular hardware, and giving an excellent demo of the sounds and sequencing possible inside Modular:

Softube are in discussions with other modular synth makers about bringing (and emulating) their modules for inclusion within the Modular virtual playground. These are indeed exciting times!

But, it gets better… if you have an audio interface with DC output you can integrate the Modular software with a modular hardware synth system! 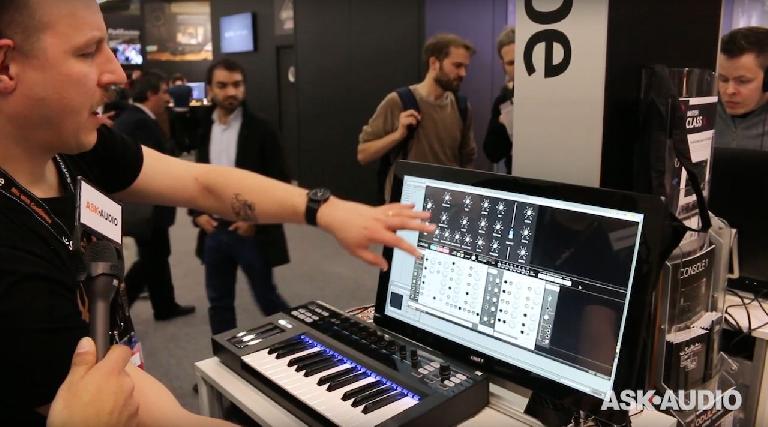 So what’s the Softube process for emulating music hardware for software users?

Christopher explained to us that they approach the modelling of Eurorack modules the same as modelling a guitar amp or a mixing desk. They have an elaborate way of measuring hardware to get full frequency response and they build a big database of measurements that helps them understand how the hardware works through an analytical schematics. The resulting model they make in the computer then matches the frequency response of the hardware. Then comes the fine tuning stage before they do an A/B test against the hardware. As he says, “it’s a long process, but rewarding.” And it looks like us computer musicians, synthesists and producers will get some of that reward from May 2016 onwards.

Softube Modular will be available on May 11th at a basic price of $99. Additional modules will range in price from $29 to $49 USD.

Flintpope
On the strength of this article I bought Softube Modular and all I can say is WOW! I'm saying it again: WOW! I thought the blocky modular synth by another fab software house sounded good but WOW (I said it again) does this synth sound deep dark rich and fizzy by turns. I am working on some patches asap - it is VERY inspiring.