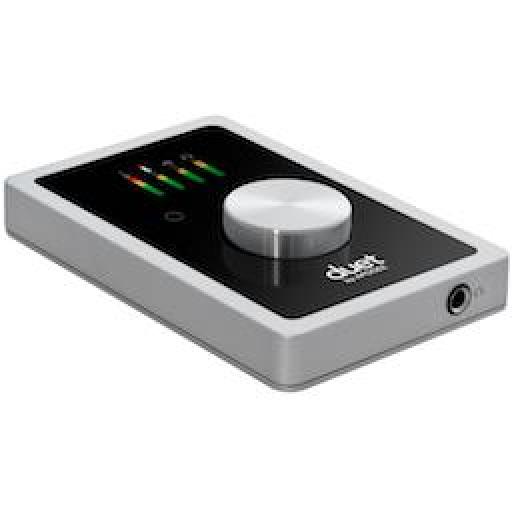 Language
With the recent slew of exciting hardware announcements from Apogee (Jam and Mike) you might be forgiven for thinking that Christmas has come early! Add to that, their latest product announcement, the

With the recent slew of exciting hardware announcements from Apogee (Jam and Mike) you might be forgiven for thinking that Christmas has come early! Add to that, their latest product announcement, the Duet 2, and my expectations for my next portable audio interface have been raised.

I am the proud owner of an Apogee Duet (version 1), which has been my preferred audio interface both in the studio and out in the field for the past three years. It already offers excellent sound quality, two inputs and outputs, a sleek, sexy design and super easy control from right within Logic, Soundtrack Pro, Mainstage and GarageBand.

So how can Apogee possibly improve on one of my favorite pieces of studio kit? Let's take a closer look...

The Duet 2 now has 4 analog outputs which should make it more suited for DJ's to monitor separate mixes or to send a click track to a drummer or a sub-mix to Front of House when playing live. In the studio this would enable you to use two pairs of monitors. This extra flexibility will be very welcomed by most digital musicians!

It's worth noting that the Duet 2 comes with balanced outputs and not the unbalanced variety of the Duet 1.

Apogee have redesigned the preamps and AD/DA converters from the ground up and this, along with using technology from their flagship Symphony I/O system, should result in better sound quality. For those who are interested in recording audio at sample rates above 96kHz, the Duet 2 supports sample rates up to a staggering 192kHz (at 24 bit). 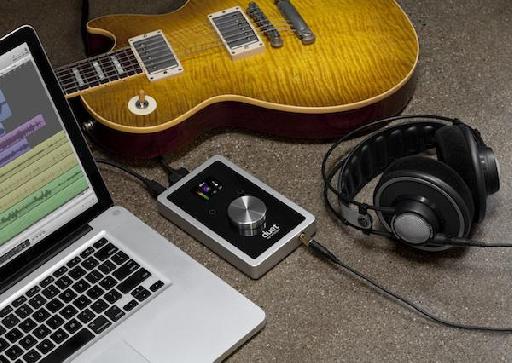 The Duet 2 wouldn't look out of place on a high-budget Sci-Fi Film set. As well as being great eye candy, the full color hi-res OLED display looks like a useful addition in providing visual feedback for metering, input and output levels, muting and even phase.

Sitting just below the futuristic display are two configurable touch pads. These can be setup to provide a number of functions such as to mute outputs, toggle headphone source, clear the meters and more. 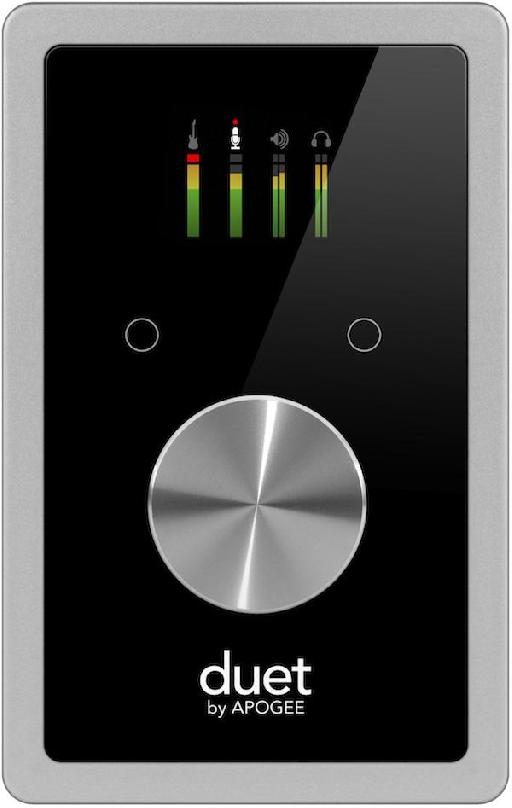 I love this idea as it means less time mousing around menus in software and more hands-on control without unwieldy buttons and hard to reach switches.

It's no secret that the Breakout cable included with the Duet (v1) didn't win over everyone. Personally, I found it to be stable, secure and easy to use, but you can't please everybody! The Duet 2 has a newly designed breakout cable which looks more refined than the original. 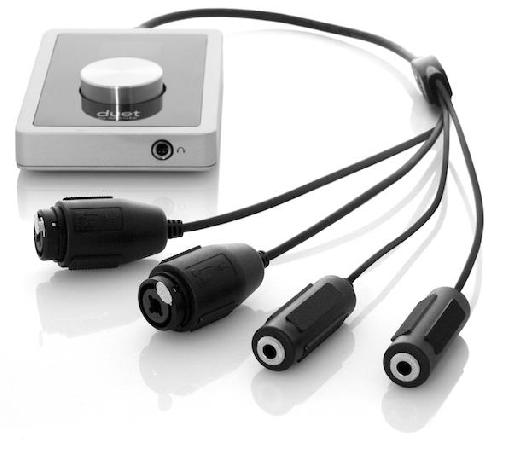 Additionally, in Apogee have responded to customer feedback and made a Breakout Box accessory available for those who need something even more robust!

Although the Duet 2 is a USB 2.0 bus powered interface, somehow Apogee have managed to improve performance (decrease the latency). More details on the Duet 2, including a Duet vs Duet 2 comparison chart, can be found here.

I can't wait to get hand-on with the Duet 2, and with the shipping pegged for sometime in April 2011, I might not need to wait very long. My advice to anyone considering a new audio interface where you require 2 simultaneous mic pre / analog inputs and 4 balanced outputs? Wait until the Duet 2 arrives.

Until then if anyone is interested in purchasing a trusty Duet (version 1) in pristine condition drop me a comment below!!?

Sarah Lohan
Will this run on windows 7?

No. The Apogee Duet2 is exclusively for the Mac. It will work with software like Cubase, Pro Tools, Logic, Garageband, Ableton, etc on the Mac but not PC.

tom
I'm very interested in your Duet v1.. I have a few questions regarding duet and audio interfaces in general and you seem very knowledgeable.. please email me at the address that i have listed below.
Thanks!
Tom
tmprender@gmail.com

Please feel free to ask any questions here in these comments or even better you can start a new thread on our forums:
http://www.macprovideo.com/forum/

Thanks
Rounik
Tom
My question is this: Will this be sufficient for creating beats/songs and recording high quality vocals over it?
-Software:Logic Studios
-Mic: AT2020 XlR
-Duet or Duet 2(is the duet 2 worth the +$100?)
-M-Audio UNO to plug keyboard into laptop
-Mini keyboard (Akai MPK)
My budget is around $1000 and this list adds up to about that if I buy the Duet v1.. are you serious about selling your duet? the reason i wanted to discuss via email was for that reason.
Thanks,
Tom
Rounik Sethi
Hi Tom,

Definitely will be. The Duet (and I assume Duet 2) have very high quality - best in class - preamps and AD/DA converters.

Which keyboard are you using that you need the M-Audio Uno?

OK. I'll write you a quick email about the Duet 1.

Thanks
Rounik
Tom
this is the keyboard I am looking to purchase... http://www.google.com/products/catalog?hl=en&rls=com.microsoft:en-us:IE-Address&q=mini+midi+keyboard&bav=on.2,or.r_gc.r_pw.&wrapid=tlif130201724412010&um=1&ie=UTF-8&cid=17533989842456050907&sa=X&ei=6DSbTaOfDoOEtgfLgpDIBw&ved=0CDMQ8gIwAA#
Tom
I just realized that the keyboard above is USB powered... Is that going to effect the quality or become any bit of a problem?
Rounik Sethi
No, not at all. I use a USB MIDI Controller without any issue whatsoever.

The one you've chosen is by all accounts a very capable MIDI Controller.

:)
Tom
Great! Thank you so much for all of your help. Last question.. I PROMISE!
is this a trusted website?
http://www.bhphotovideo.com/
the reason I ask is because their prices beat everyone else's for every product I am looking for... including Logic Studios for $100 less than the Apple Store!
Once again, Thank you for all of your insight, advice and guidance. Much appreciated.
Rounik Sethi
Hey Tom,

It doesn't have to be the last question ;-)

Just the forums are a great place to post questions like this - just more suited and we can add pics and links easily there.

Anyway, I'm based in the UK (did you get my email)... so I'm not sure about B&H. I've heard of them... but no experience with them - so I couldn't advise one way or the other.

It's not unusual to find Amazon and other retailers selling Logic Studio cheaper than direct from Apple.

You're very welcome to pop by the MPV forums and ask away on any question, no matter how big or small... and myself and other Audio guys will do our best to help and offer any advice we can :)
Bobbye
Hey Tom,
I started working with Logic & Got ahead of the book..How can I get back into the book & start again?
Rounik Sethi
Hi Bobbye,

Not sure I understand your question. Is it related to Tom's questions above?

Thanks
Rounik
Anyone have any experience using this with Avid Media Composer?