Bring out your microphone(s)! Joe Albano is back with an essential guide to recording a wide array of instruments, from guitars to saxaphones, drum kits to pianos.

Many home recordists tend to rely primarily on virtual instruments for their tracks, but every once in a while they may need to put up a mic or two and record a real instrument. Here’s a very brief guide for miking up some of the more common instruments..

With acoustic guitar the usual approach is to position a small diaphragm condenser mic about a foot from the instrument, pointing towards the twelfth fret. Alternatively, the mic could also be pointed toward the bridge or lower body, and sometimes two mics are used, balancing the different tone from neck and body positions. 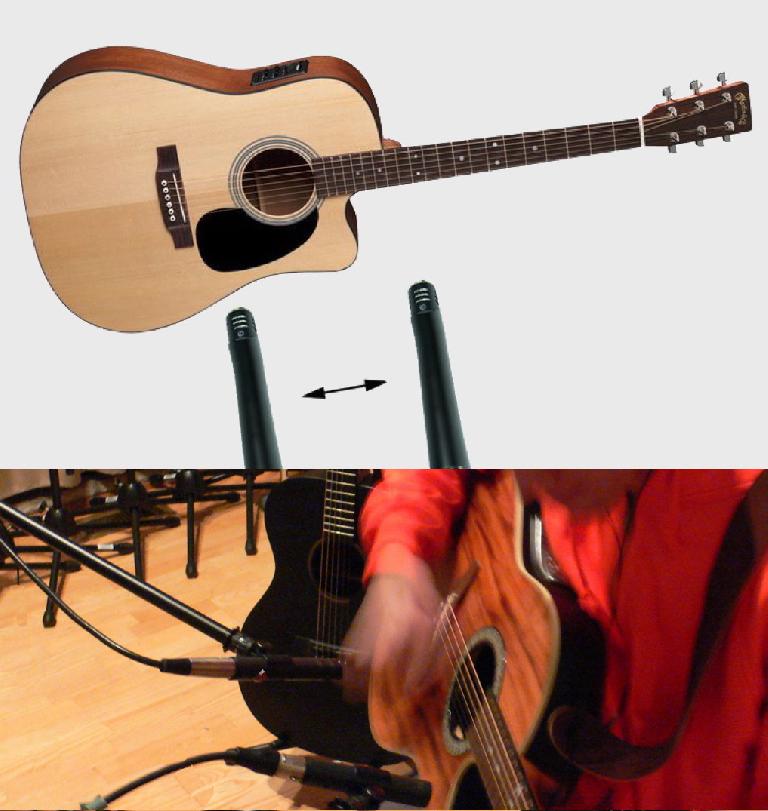 The standard advice for miking up an electric guitar cabinet is to place a Shure SM57 (or other dynamic mic) an inch or so in front of the guitar amp’s speaker—point it at the center of the speaker for the brightest sound, or somewhere between center and speaker edge for a smoother, less peaky sound. On a bass amp the mic is often combined with a DI from the bass.

Acoustic piano is normally recorded in stereo, with the lid open and stereo condenser mics positioned either close up or at a distance, depending on the desired piano sound. For a brighter, more percussive piano sound, typical mic placement is a few inches above the strings; for a less aggressive, smoother piano sound, the mics can be positioned near the edge of the piano cabinet.

The standard modern way to record a full drum kit is to multi-mic the kit with a combination of close mics on all the drums (and hihat), and a pair of stereo overhead mics that capture the cymbals along with the entire kit with a bit more room tone. These are blended together for the desired drum sound—tight and dry, if the close mics are favored; more open and natural if the overheads are more prominent. 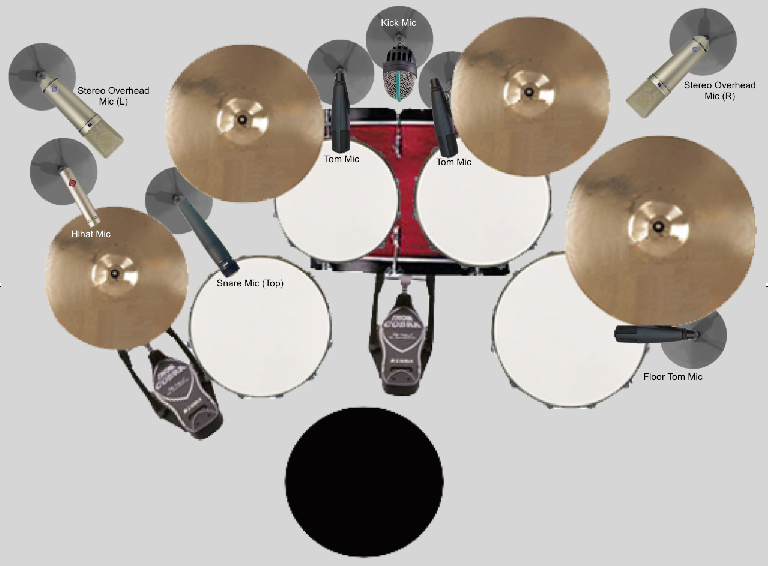 It’s also possible to get an excellent drum sound with a more minimal mic setup. A well-positioned overhead stereo pair can be enough to capture a full, well-balanced drum sound. In that case the kick drum pickup will be weak and thin, so the stereo pair is usually augmented with an extra spot mic on the kick. This kind of minimalistic drum mic setup has been used on many classic recordings. 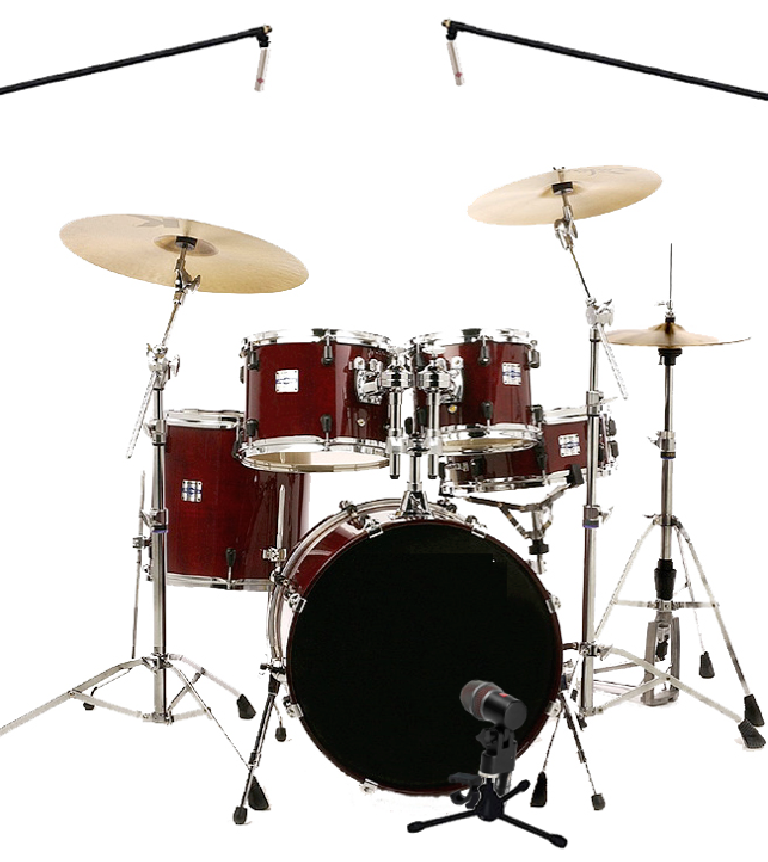 If confronted with an instrument you’ve never miked up before, I’d suggest a two-step approach; 1. Listen to the instrument acoustically, and try to determine how the  sound emanates from it; 2. Position a mic about a foot in front of or above the instrument—based on what you observe in step 1—and adjust position and distance by ear. Here are a couple of brief examples..

With upright bass, a large-diaphragm condenser about a foot out, aimed at the lower bout or bridge area, should work well. If isolation is a problem, even a small pencil mic stuffed behind the bridge with foam can get the job done, with a little help from EQ. 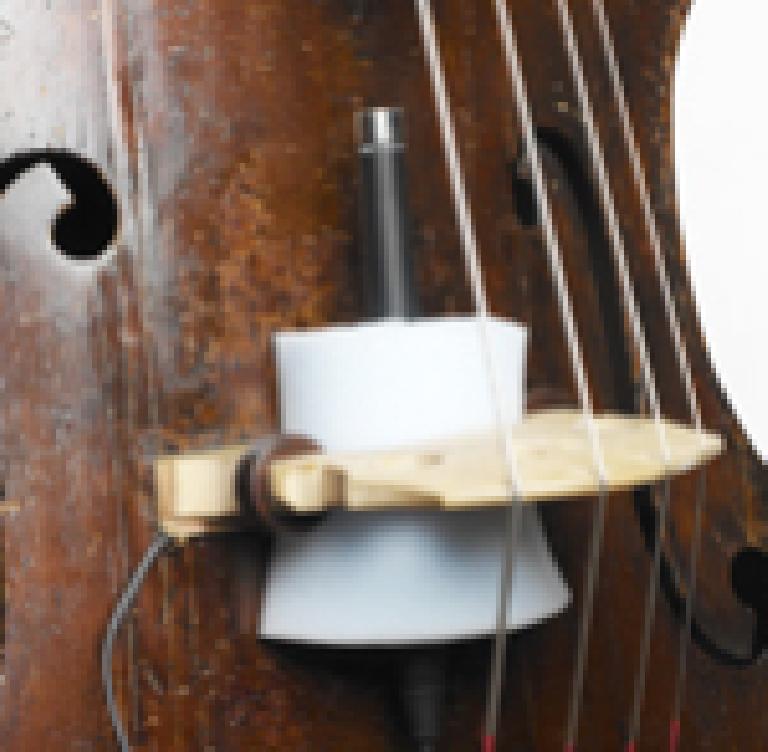 Many bassists have pickups fitted, and a combination of mic and PU can often yield excellent results.

While you may often see a live sax player with a mic pointing at the bell of the horn, for a studio recording that’ll result in an uneven, overly honky sound. Better to position the mic 6” to a foot out, aimed at the body of the instrument—aim a little more toward the mouthpiece for a breathier sax sound, when musically appropriate.

Arrangements that consist primarily of virtual instruments can often benefit greatly from one or two miked-up acoustic tracks—these often lend a little welcome “human touch” to tracks that sometimes may be a little less musically expressive. Even if a studio is not optimized for live instrument recording, if you can capture a vocal there you can probably get a good recording on most instruments, with just a little care and attention to miking.