This is an offer almost too good to refuse. A really great analog-sounding, four-oscillator synthesizer for Native Instruments Reaktor for just a single dollar.

We've always been impressed by the instruments for Kontakt and Reaktor that Flintpope has created... and he's just updated his synth for Reaktor, FOUR.

As its name suggests, this synth is a four-oscillator synth capable of a wide array of sounds. Here's what he tells us about this one:

"A warm analog-sounding synth that uses four different types of oscillator to create rich sounds from warm basses and pads to metallic leads and LOFI soundscapes… all via eighties style synth keyboards.

"This synth has just received an update to V1.5 to include a step sequencer, a pitch sequencer/arpeggiator, a vinyl crackle effect, a noise gen and ten more presets using these new add-ons, bringing the snapshot total to 70.

Listen to the new demos below. The drums are from a new pack called MORE DIRT on sounds.com so you can get that if you live in the USA. 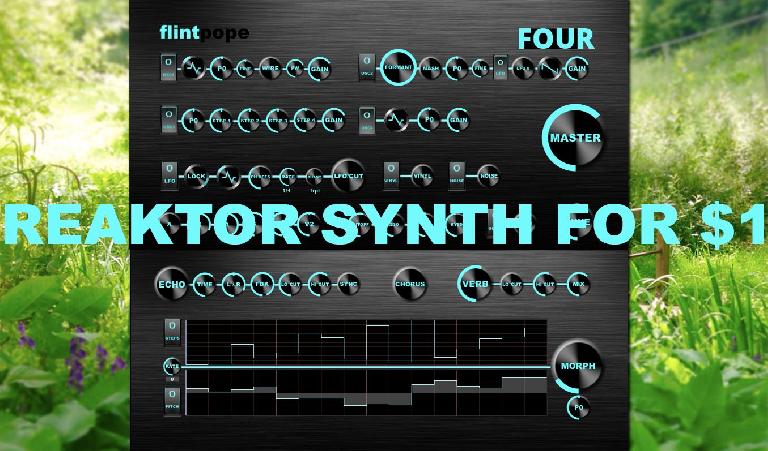 Want to make your own synths in Reaktor? Watch these courses: https://ask.audio/academy?nleloc=category/audio/application/reaktor