We've been playing with the Behringer Neutron semi-modular analog monophonic synthesizer for a few days now and (spoiler alert) we LOVE it.

The $299 2-oscillator semi-modular beast (we don't use that word lightly) looks great and sounds even better. While you'll have to wait until end of April/May 2018 to get hands on with one, Behringer have released a new video showing just powerful and flexible the Neutron is... especially when combined and synced with 3 more together.

Let's do the maths quickly. Four Behringer Neutron's gives you eight oscillators and enough patch points to make my brain hurt for less than $1200. While one or two Neutrons might be enough for your synth setup this video demonstrates how you could create the sounds and patterns for an entire track or performance using nothing else. Impressive.

For any naysayers out there... while we're not yet ready to release a full review of the Behringer Neutron, I will say that this synth is really well built, really well-designed, sounds very very good and is extremely playable. We can't avoid the fact that it's only $299. (That's half the price of a Moog Mother 32 and it has double the patch points). 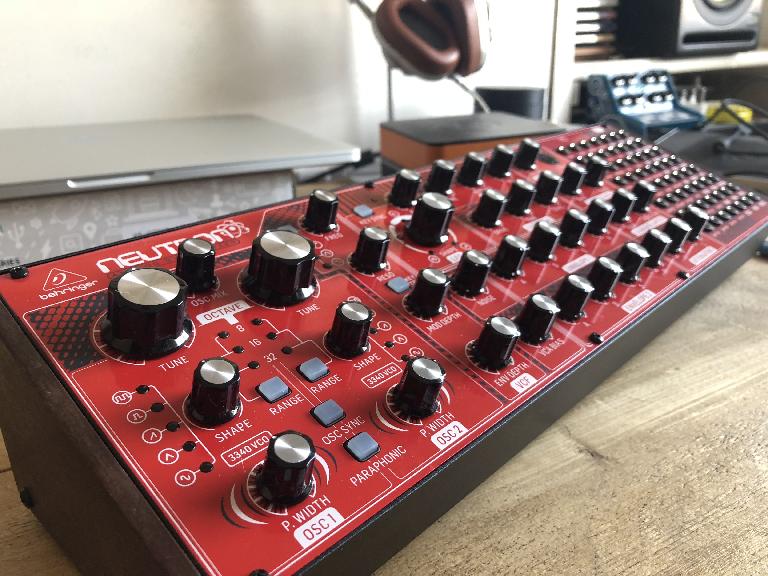 Behringer Neutron in the AskAudio studio

Expect a video demo or two from AskAudio coming soon...!

In the meantime here's the spec of the Behringer Neutron: