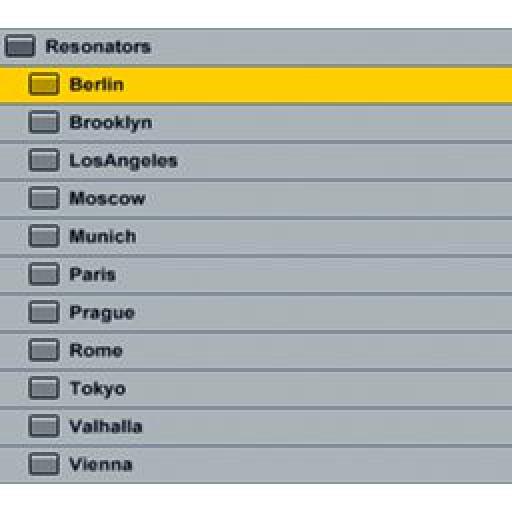 Have Fun with Resonators in Ableton Live

Language
Tune in to this tutorial on what Ableton Live's Resonators device is, how it works and... how to have some fun with it on your tracks. Rory Dow is your guide on your way to resonators mastery.

Resonators is one of the many audio effect devices included in Live's arsenal. It's one of the more esoteric and often gets overlooked, but it sounds fantastic and once mastered, will keep creeping into your songs again and again.

What on earth is a Resonator?

A resonator is a generic word meaning anything that can exhibit resonant behavior ie. it oscillates at certain frequencies. This could obviously mean anything from a guitar string to a drum head. In the context of Ableton's Resonators device, it means an audio effect which will take the incoming signal and run it through a series of delay lines. When the delay lines are fed back into themselves they begin to ring, or oscillate, creating a series of tonal harmonics which are superimposed onto the incoming signal. The clever bit is each of the delay lines (there are 5) can be tuned chromatically so the resulting harmonics are always musically useful.

The Resonators device is very simple. The incoming signal first passes through a multi-mode filter and then into each resonator in parallel. Resonator I is fed with the stereo signal from the filter whilst Resonators II and IV are fed with the left channel and III and V with the right. This means the resulting resonant tones will have a nice stereo effect. The Width parameter can be used to pan the resonators to the centre if mono is desired.

The Decay parameter controls the feedback, or 'ringiness'

D.Gold
This was a very useful, concise tutorial. I've used resonator in music before - turned a conga lick into a melodic motif but I wasn't aware of the panning of the various resonators and their relationship to the root note resonator (1). Good stuff, I'll share with our Ableton user group here in Northwest Florida (Panama City). Thanks!