Imagine creating authentic sounds you'd find on the Prophet 5, Pro One, Roland SH-101, or Jupiter-6 from a single eurorack module. Thanks to Halcyon Modular using the CEM 3340 chip in Miasma you can!

Halcyon Modular has launched their first module, Miasma, on Kickstarter. Miasma brings the sound of the 80's to Eurorack, using the same voice chips as many classic synthesizers, such as the Prophet 5, Pro One, SH-101 and Jupiter 6.

It's designed to emulate classic sounds, while adding fresh features like built-in cross modulation and front panel access to both hard and soft sync, something never before used in a commercial CEM 3340-based synthesizer. Huge unison tones can be achieved through the mixed-dual oscillator outputs, with bass reinforcement from the built-in -1/-2 octave sub-oscillator. Each voice can also be split, effectively creating a duophonic module in 16hp. 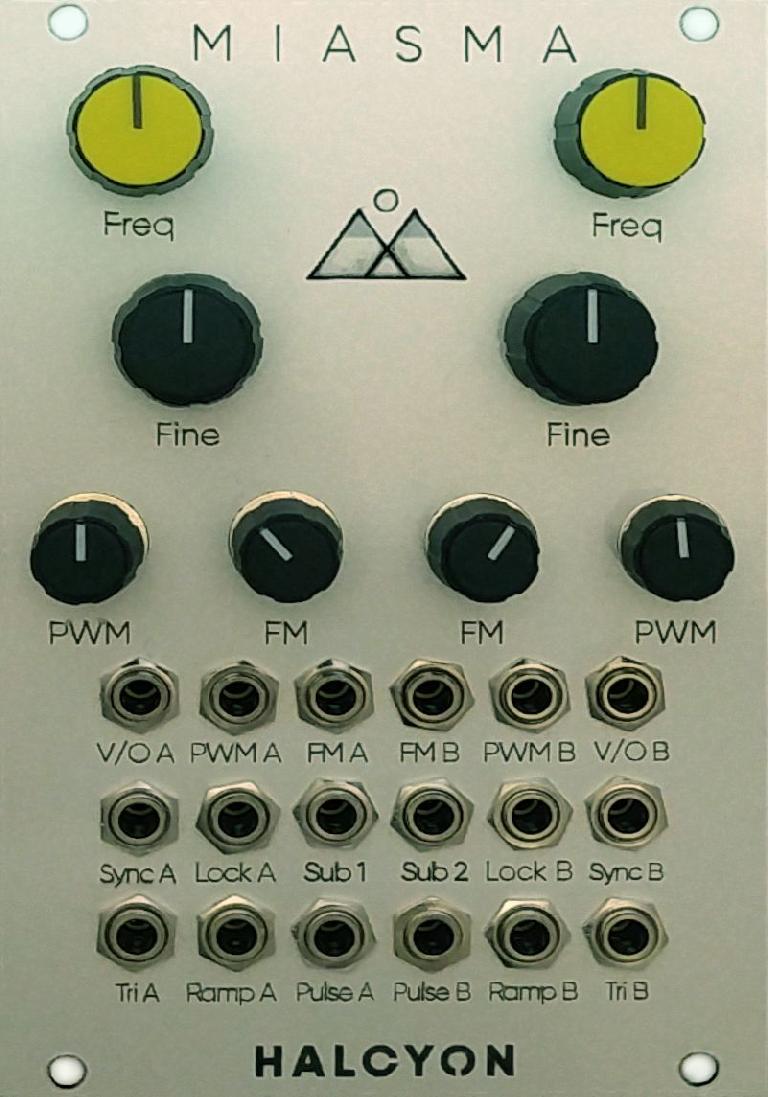 Halcyon's chief engineer, Tom Moxon, has decades of experience designing audio circuitry, including contributions to Emu Systems, on the classic Emulator II sampler and Drumulator drum machine. The Miasma campaign is live on Kickstarter now, with the module starting at $350 for backers, and retail is planned at $399