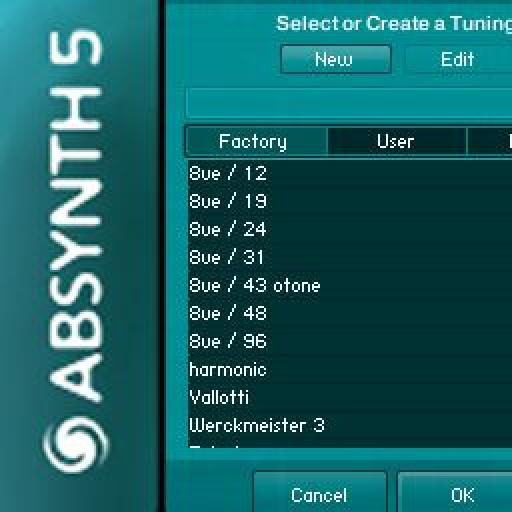 Language
There are times when you may wish to veer off the path most trodden and experiment with microtonal tunings. Gary Hiebner walks you down alternate routes using Native Instruments' Absynth.

In most popular forms of music the tried-and-tested 12-tone tuning has become the standard, but there are many different forms of tunings are available. Known as 'microtonal' tunings these can be used in your compositions to create unique timbres and sounds. The 12-tone tuning has become the standardized 'Western' tuning in commercial popular music, but the microtonal tunings can be heard in many of the Eastern and European music forms. There is no reason why you cannot start incorporating these into your productions for creative effect.

A software synthesizer that is very good at re-creating microtonal tunings is Absynth. Absynth even has many presets that integrate these alternate tunings. I am going to show you how to make use of these in Absynth and how they can bring a unique element to your projects that you might not have had with the standard 12-tone tuning. So let's jump in and alter those tunings.

Step 1 – Where to Change the Tunings

The microtonal tunings can be found easily in Absynth. They can be accessed in the top right corner when you are in the Browser panel via the Tuning heading. 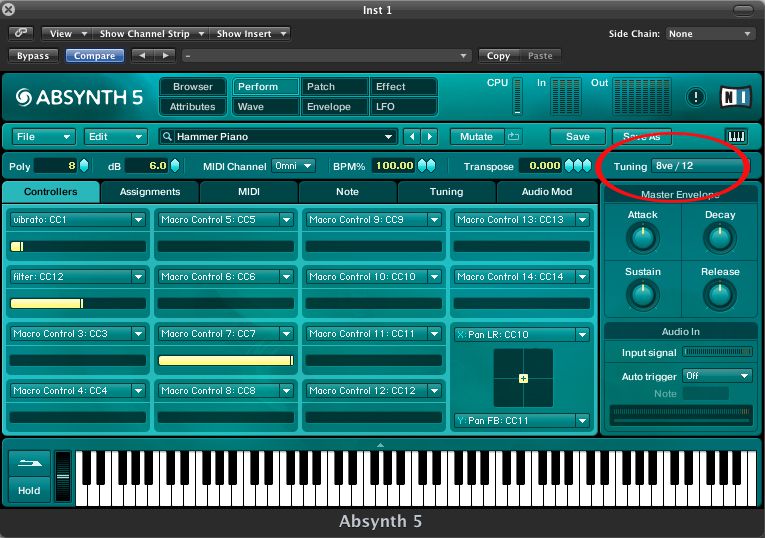 You will see when you open the Tuning heading that there is an array of tunings to choose from. The names may seem a bit Greek to you now, but once we have gone through some of them you will start to see how they work, and how they can be incorporated into your productions. 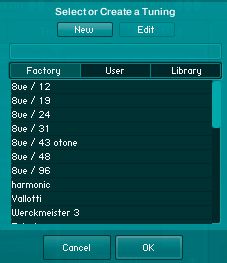 8ve/ 12 simply means that in an octave there are 12 different tones/notes in that octave. So in Absynth terms, 8ve means octave (8 semitone steps in one octave).

From this it can be deduced that the 8ve/ 19 has 19 tones/notes in an octave. So to clarify, between C3 to C4 there will be 19 different tones in the range.

The list goes into more interesting sounding tunings such as Werckmeister, Vallotti and so on. If you wish to learn more about these different scales I would suggest researching them as the topic is too wide to cover in this article. I will be touching briefly on some of the tunings and how they can be used in your productions.

To demonstrate the differences between the tunings, I have drawn in a pattern using a simple chromatic scale over 2 bars (each note in the scale is a semi-tone apart). You will be familiar of this when you take a listen. It is as if you are moving up a key at a time on a piano. I have used a simple piano preset to demonstrate (the Absynth preset, Hammer Piano).

Now change the Tuning to 8ve/ 19. You will hear that it is starting to sound a little different.

Now start going through the other tunings with the 8ve name. When you move all the way to 8ve/ 96 you will hear that it takes many more steps till it reaches the next octave. This can be used for creative purposes. I find that this tuning is very good at creating tension between octaves.

Add a drum loop to this sound to further demonstrate the tension between octaves. I also like using the effects in my DAW to further enhance this. I have added a reverb with a big room effect.

Next, a distortion plug-in to further process the sound. How's that for a Dark Knight-esque build-up!

Step 3 – Get Eastern with Absynth

What I really like about Absynth and the tunings is its selection of Eastern Tunings such as the Indian, Pelog + Slendro, and African tunings like Balafon. I have called up the preset Harpopipe preset and want to give it an 'Eastern flavour'. Start playing some notes. I have played a simple pattern in the C Major scale.

Now switch the tuning from 8ve/ 12 to Indian and instantaneously you have an Indian sounding instrument with this tuning.

Sure, you may need to give some time to practice writing something a bit more musical and melodic in the context of an Indian style composition. As with any new skill, you will first need to make some mistakes until you get the correct sounding microtonal instrument, but it's a great start to begin experimenting with these tunings.

You don't have to only make use of these Tuning to introduce World style music elements into your mix. Take some of the standard sounding presets in Absynth and start messing with the Tuning options, you may be amazed at the results you get.

Or if you don't like jumping through presets, build a sound from scratch and incorporate the microtonal tunings into the instruments from the start. It may alter the way you write a pattern with this newly created microtonal instrument, but it is a great way to come up with new ideas instead of conforming yourself to the standard 8ve/ 12 tuning.

By experimenting with microtonal instruments you may find that your projects have a collection of instruments with different tuning. Be careful of these accompanying microtonal instruments. Take a listen and make sure they do not clash. When working with multiple tuned instruments in a composition, it is very easy for them to sound dissonant and out-of-tune to each other (unless that is what you are going for). One approach is to apply the 'less is more' idea. Have one instrument as the main instrument (the instrument that may play the most notes in sections or main lead line). Then carefully go through the other accompanying instruments and make sure that when they play that the same notes are accentuated. If anything is clashing, removing those notes will often alleviate the issue.

Try some of these microtonal tunings in your future productions with Absynth. It could open up possibilities that would not have been possible in the standard 12-tone standard tuning. It will take your compositions in different directions and lead you to new musical ideas. I have definitely found that by incorporating these into my productions, new ideas develop. It gets you to question the musical standards used. I know when I got into the microtonal world I started researching into these tunings and this brought about a new musical understanding, which I am very happy to have spent time investigating. Have fun with these microtonal tunings, and share with us your new creations.

Take a look at the following tutorials on more tips on the Native Instrument synth collection: