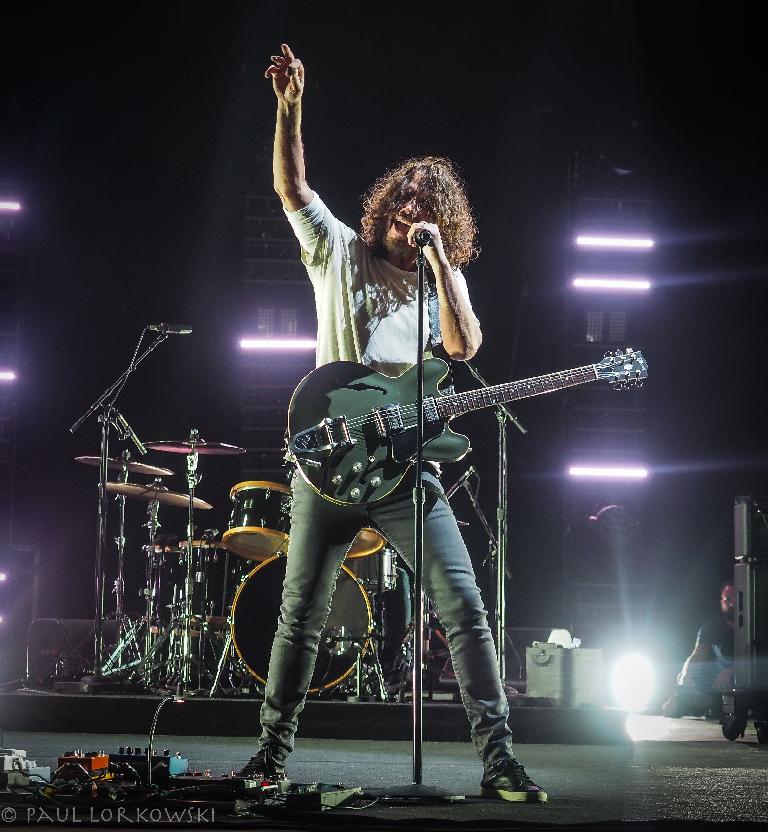 Gibson first partnered with Cornell to work on his original ES-335 signature guitar and it became immediately clear to the luthiers that Chris had an inventive and unique passion for guitar design. Features like the aged Lollartron humbucking pickups, clear “no number” Top Hat knobs, Olive Drab Satin finish and Mother-of-Pearl Chris Cornell ‘signature’ peghead inlay make this guitar one of Gibson’s most distinct and rarified artist offerings to date.

“Chris Cornell was not only one of the most iconic singer songwriters of all time, he was a modern innovator who left a legacy that transcends music genres and generations,” says Cesar Gueikian, Chief Merchant Officer, Gibson. “Chris fell in love with this guitar and it became a part of his creative expression. It’s our honor to release this tribute ES-335 in his memory. Chris was a special artist and we hope that this guitar will inspire fans to find their sound, and inspiration, just like Chris did, for many years to come.”

The Gibson Chris Cornell ES-335  guitar was officially unveiled earlier this year at the star-studded “I Am The Highway: A Tribute To Chris Cornell” concert honoringCornell’s legacy and supporting the Chris and Vicky Cornell Foundation and The Epidermolysis Bullosa Medical Research Foundation, a nonprofit dedicated to raising funds and awareness for this painful and debilitating genetic disorder. In partnership with the foundation and charitable causes important to Chris and his family, Gibson made a donation, in addition to offering a selection of the limited-edition Chris Cornell ES-335 signature guitars to the foundation to raise added funds.