Getting Started With Odd Meters in Maschine

Language
Electronic Music doesn't need to obey a 4/4 time signature. And the same can be said of music hardware controllers too. Here's how to use non-standard meters with Native Instruments' Maschine.

Are you ready to step up your Maschine production to include some odd metered rhythmic patterns? Who said all modern electronic music has to be 'four on the floor' all the time? Certainly not us! Let's get your creativity sparked with a basic odd meter pattern that will set you down the dark path of alternative time signatures.

Setting Up Your Scene 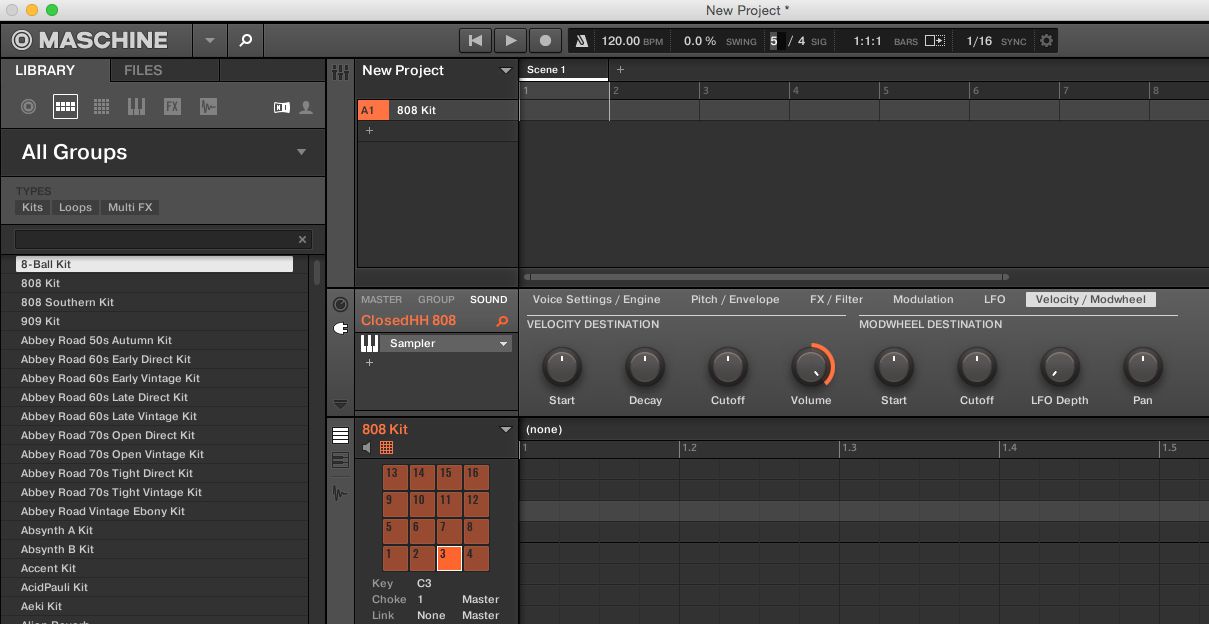 In Maschine 2.0 or later, setting an odd time signature is as simple as changing it in the menu bar.

The first thing you'll want to do is alter the time signature in the menu bar. Let's change it to 5/4, one of the simplest odd meters to 'feel'. When getting started with odd or unusual time signatures, it's often good to compare it in your mind to one you're more familiar with. In the case of 5/4, it may help you to think of it as a 3/4 measure plus a 2/4 measure. In fact, you may want to begin counting it aloud as such to get a feel for where your downbeats are going to fall. Not all 5/4 necessarily has to be 3/4 plus 2/4, but it's a good place to start. Some musicians also find it easy to subtract a beat from a known time signature, so you could also think of this as a measure of 6 where you've 'dropped' a beat.

Start With the Basics 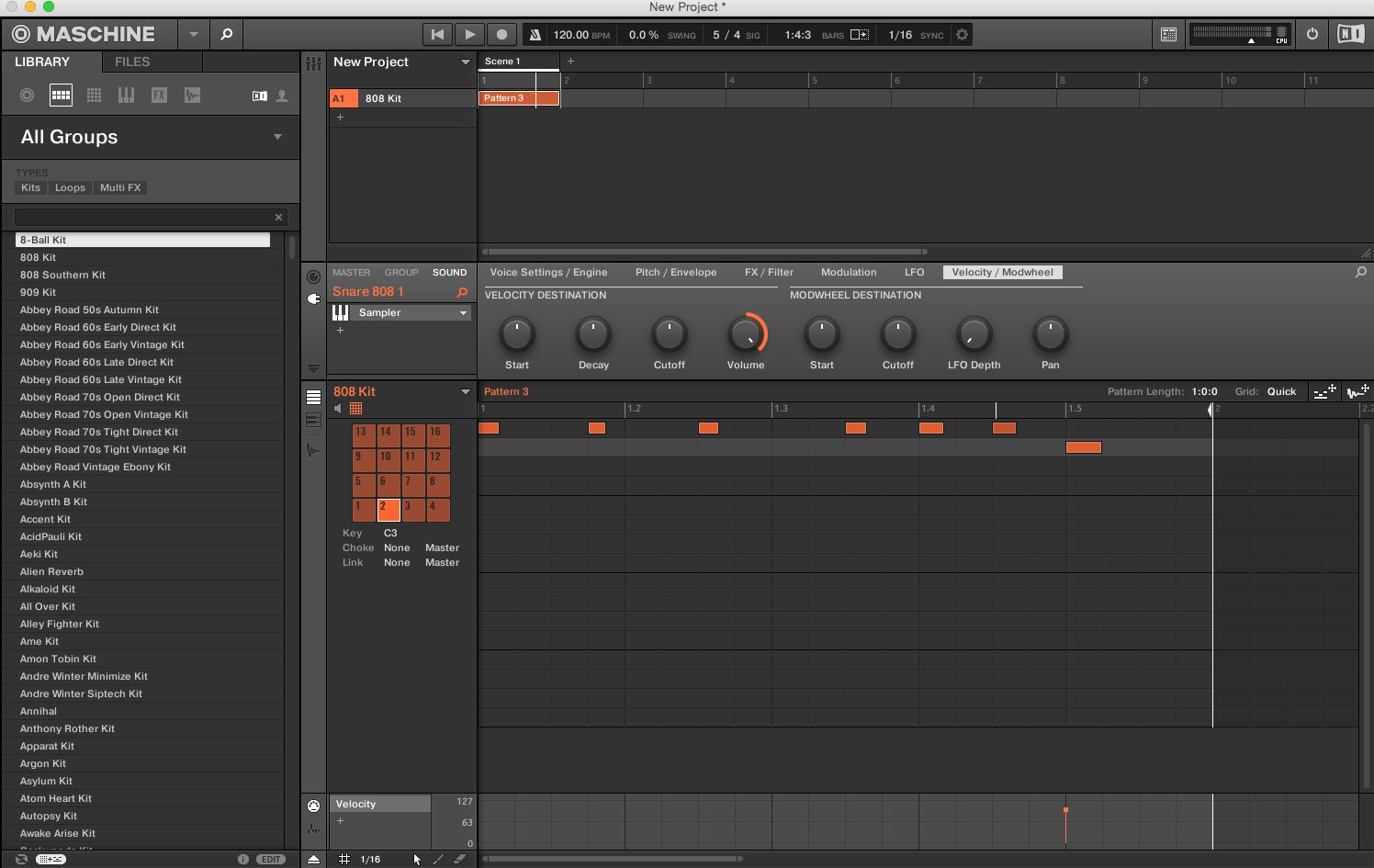 Either play in or step-sequence in your kick and snare to set the backbone of your pattern.

With your chosen division of 5/4, (I'm going to assume 3 plus 2 for now,) lay down a basic pattern that has the kick falling on beat one of each division. In this case, I chose to play in a kick pattern that accented beat 1 and 4. Then, I clicked in some snare manually with the mouse and adjusted until I had a pattern I was happy with. 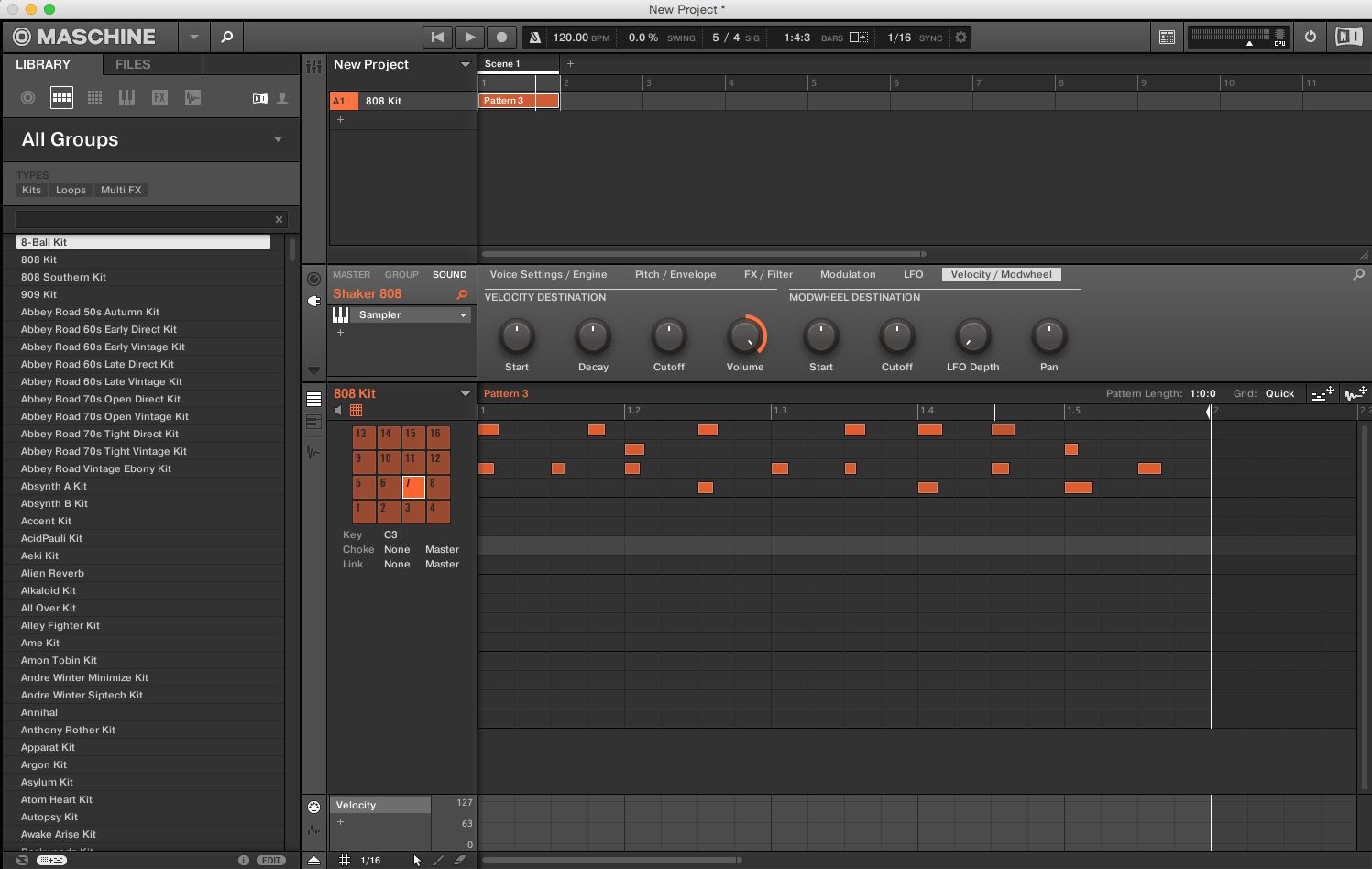 After the nuts and bolts of the kick/snare pattern has been sequenced, I added in some hi-hat. I chose to further accent the 3 + 2 division by 'opening' the hi-hat on beat 1 and 4 as well. You may not want to 'hammer it home' as much as that, but if you're just starting out with an odd meter, it's not a bad idea to make it a bit easier to hear at first. 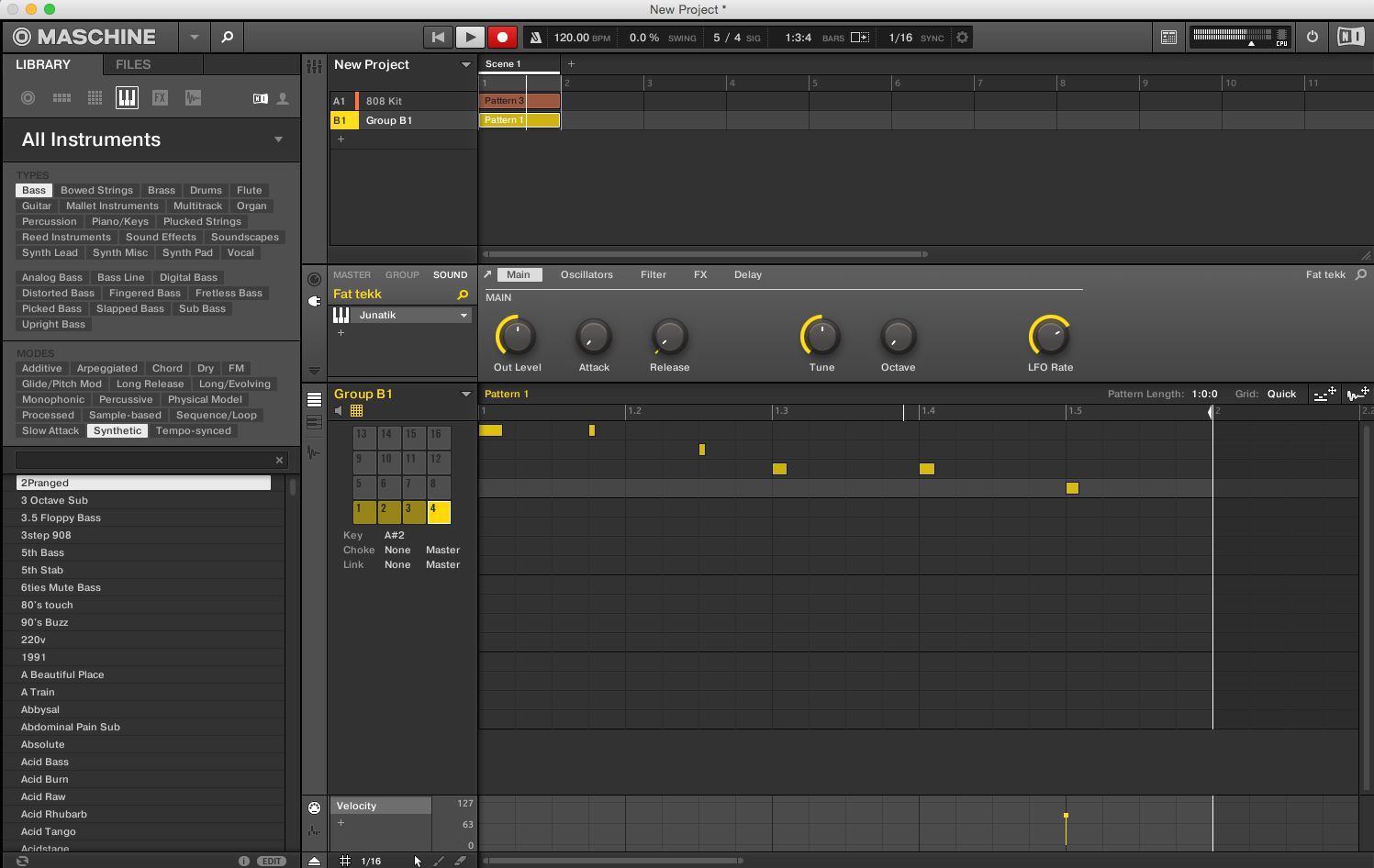 Set up a bass track and play a few notes to set your harmonic rhythm.

Keep in mind that the drums are not the only rhythm you have to worry about. Your song will also have a 'harmonic rhythm' which dictates when the chords will change. If you're just starting out with some odd meters, it can be a bit tricky to find where you want the harmony to shift. If the harmonic rhythm gets too 'busy' it may become distracting to the ear.

Pick out a bass for your second track and assign a few notes to your first four cells. In this case, I chose C, Eb, F and Bb. I played C for 2 measures, F for 2 measures and Bb for the single last measure. So in this case, my harmonic rhythm is divided up 2 + 2 + 1, which is a bit different from the 'feel' of 3 + 2 that I've used in my drum pattern. Feel free to match your original feel or deviate from it—it's all up to you now!

Now that you've got one clip recorded, try a few more! Get a feel for the different divisions and what they do to your groove. Listen to some examples of odd metered music and try to identify what divisions the artist is using. In the end, the groove matters much more than the numbers do, but the numbers will help you on your way to finding the groove. Good luck!