Getting Started with In-Ear Monitoring

Language
On the surface, in-ear monitoring solutions may appear expensive, but Keith Crusher explains why the cost could be justified and how they can positively affect your next live performance. How would you like to have to never worry about your stage monitors again? How about cutting your setup time in half (or even more)? In-Ear monitoring has many other benefits including:

I'm going to describe for you an in-ear configuration that we used when on tour with Artemis, as it was one we tweaked to perfection over the course of a few shows, then break it down with examples of alternate configurations you can use depending on your particular stage setup.

We did this using a custom built rack mount splitter, as it was more economical than an off-the-shelf unit at the time. However, if you're not into finding parts and soldering, there are many commercially available splitters'"the ART S8 is a solid unit and there are many others from Pro Co, Whirlwind and other manufacturers, depending on your needs and budget.

Along with the splitter, you'll need 2 XLR snakes'"one to go from the splitter to your in-ear monitor console, the other to the stage box.

To get consistent in-ear mixes every time, you will need a digital mixer with recall capabilities. At the time we were using a Yamaha 02R, but there are plenty to choose from, both new and used.

When choosing a digital mixer, you'll need to keep in mind these requirements:

Some, more recent, consoles have the ability to use iOS devices to control your mixes, such as the Mackie DL806, PreSonus StudioLive series and many others. These require a bit more configuration as a wireless network is needed. We may cover this topic in a further tutorial.

On a related note, many newer digital mixers allow you to use hardwired connections, typically over ethernet, so that you can attach remote control devices for controlling monitor mixes. If you prefer to have each band member have control over their own monitor mix, these types of mixers are a great option.

Whether you choose wired or wireless to get the mix to your in-ears is a matter of preference'"the configuration is very similar. With wireless units, you'll connect the output of your monitor console to the input on the wireless transmitter. With wired units, you're going to need a headphone mixer to convert the line level outputs of the monitor console to headphone level for your in-ear monitors. You should buy good quality headphone extension cables'"don't cheap out here! Having your in-ear monitor mix cut out because of a bad cable is no fun. Wired monitoring can have its drawbacks'"the additional cables on the stage can be stepped on, pulled, tripped over, etc. Always tack down your cable runs using gaffers tape wherever possible!

If you go the wireless route, stick to manufacturers with a solid reputation'"Shure, Sennheiser, AKG and several others have a reputation built on reliability. If you have more than one band member using wireless, you'll want to make sure all units are using different wireless channels or you have units that have multiple selectable frequencies. If, on the other hand, you have band members that would like to get the same mix, you can get one transmitter and several receivers that are on the same channel'"you'll save money with only have to purchase the single transmitter.

The actual in-ear monitors themselves are probably one of the most difficult choices, as you want to find ones that fit well, sound good and are comfortable for long periods.

You could, technically, use anything from a pair of cheap earbuds on up to custom units that are made using an impression of your ears. Ultimate Ears, JH Audio, Sensaphonics and Dream Earz are only a few companies that can make custom fitted in-ear monitors.

While using off-the-shelf earbuds is an option, it's definitely NOT going to give you the best sound quality and they have a tendency to fall out, especially when you're rockin'. The best sound comes from a snug, sealed fit'"most in-ear monitors will come with a variety of foam inserts to fit your ear canal size and offer a reasonable tight fit, but the custom units are a serious notch up in the sound quality department.

Now that we've covered the gear necessary, let's dive into the configuration. I already covered the split'"all your instruments and mics connect to your splitter, with one split going to your monitor console, the other going to the stage box. It's a good idea to label the panel and snakes so that you can be sure to connect them exactly the same way every time.

You'll want to dedicate at least one rehearsal to setting up your new in-ear monitor system, which then can be tweaked over further rehearsals.  To start we're going to use the stereo outputs of the monitor console for the first mix'"so connect either your wireless transmitter to its output, or your headphone amplifier. Connect your wired in-ears to the headphone amp or your wireless in-ears to the receiver and power everything up.

Create your first monitor mix by having everyone play a song and get a basic mix going'"the band member listening to the mix will give feedback about how the mix should be tweaked to get it perfect for them. There will be a lot of starting and stopping and, if another band member is doing the mixing, you may end up having them do the mix minus their instrument, then have another member adjust their instrument in the mix later. This is where having a non-member come in to do the mix can be handy'"the entire band can play while they make adjustments.

Repeat the process for the other band members using the Aux outputs and you're nearly there. Add effects, compression or other processing to get your mixes '˜just right'.

IMPORTANT! Make sure to set your Aux sends to pre-fader!

Once you have solid mixes for every band member you'll want to SAVE the mix as a preset on your digital console. If you would like to have different mixes depending on the song, you can create presets for each song and recall them using either the recall process on the console or via MIDI, if your console supports it.

To prevent possible ear damage from dropped mics, shorted inputs or other anomalies that can put a loud, instantaneous signal into your mix, you should always insert a limiter across the main and aux bux paths, or a compressor with a 20:1 or higher compression ratio and hard-knee setting. Set the limiter or compressor threshold to just above the maximum volume level that's comfortable. Keep in mind that there can be several other gain stages past the output of the mixer, such as at the headphone amp or on the wireless receiver. You should always try to use the same settings every time and understand when the volume is too loud. The limiter/compressor will prevent the output signal from going past a certain point, but it's up to you to keep your headphone amp volume or receiver volume controls in check.

If you can use the same mics on your instruments, drum kit, etc. every time, rather than relying on the venues mics, you can guarantee your in-ear mixes will stay the same. If not'"be prepared for having to tweak mixes. I always recommend using your own mics'"choose ones that are common in the venues you play regularly and even consider having a few options to cover all situations, with appropriate mixes depending on which mics you're using.

If you have to adjust your mixes for a particular venue that you play often, consider saving it as a preset and make notes about which mics, etc. they used so you can easily replicate it the next time you play there.

Gain staging is critical'"all instruments, keyboards, amps, etc. should have the same volume settings every time. If possible, save them as presets for easy recall, otherwise use some kind of indicator (bright tape, notes, etc.) so you know where to set them.

One of the most common complaints about in-ears is the lack of '˜crowd noise' and the ability to hear other band members talking. The simple solution is to get a good quality omni-directional mic to set on stage and mix into your monitors.

Many artists no longer play with a band, or have stage setups that are mostly computer based'"fear not, I haven't forgotten about you!

If your setup is such that all your outputs are coming from an audio interface, your configuration is going to be super simple'"no need for a digital console, splitter or snake cables.

From your playback software (Ableton Live, MainStage, etc.) create a pre-fader Aux Send for every track - this is what you'll use to create each monitor mix. You can read this article for examples of how to configure MainStage'"the same info applies to nearly any DAW or live performance software.

If most of your playback comes from your audio interface, but you have a keyboard or mic that goes direct, you can always use a splitter with those and route one of the outputs to your audio interface (assuming it has enough inputs) and create a track to monitor that input. When doing so, you may have to reduce your buffer size to avoid delays in hearing the instrument in your in-ears'"ideally your interface has the option for hardware monitoring, so you can avoid this entirely.

While in-ear monitors are definitely an expense, I think you'll find their benefits more than justify the cost. You'll find you can set up faster, play better and even sound better to your audience'"a win/win all around! With a faster setup you don't have to worry so much about other bands cutting into your soundcheck time and the FOH engineer will LOVE YOU'"we had no end of compliments while on tour with Artemis because we made the FOH engineers job so easy.

Taking the time to create a setup like this will show your professionalism and that goes a long ways toward getting bigger, better and more fun gigs. 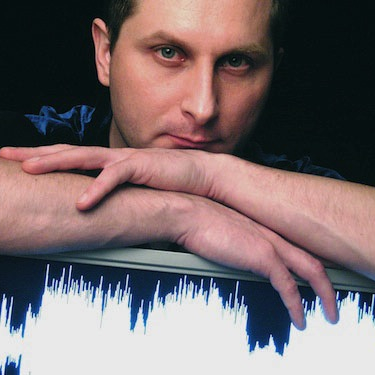 Keith Crusher founded RTFM Records in 1999 and is a 25-year veteran of the music and technology industries with an extensive background in music, video and web design. His many roles have included audio and FOH engineer, producer, photographer, video editor and graphic designer. His technical expertise assists countless companies, prod... Read More