Getting a Big Sound on Tour

Language
Hollin Jones is no stranger to big tours. During the summer of 2013, he accompanied a very well known band to Glastonbury and other venues, and decided to share some of his secrets from the road.

In a departure from my usual writings, I'd like to share some useful experiences I've had, some things I've observed in the hope that it gives you an insight into the world of live performance at the highest level. Even though some of the stuff I'm going to talk about won't be within the budget of many people, it's still interesting to learn about how some of the biggest bands do live sound.

I have been lucky enough to go on tour with some very successful bands and get a first hand glimpse of how a really good live sound is put together. I'm not going to say who the bands were because I'm not into name dropping: suffice it to say they all have an excellent reputation for live performance! (One of my recent experiences found me working with a band that performed on the Other stage at  Glastonbury 2013.) 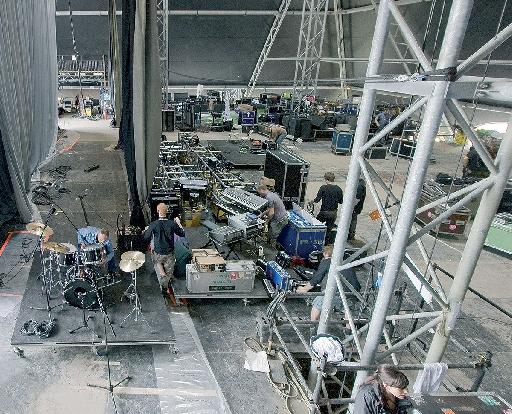