Get that Vintage Analog Sound in Your Digital Studio

Language
With Waves' Abbey Road Collection of unique hardware emulation plug-ins under his arm, Joe Albano shows you how to give your digital productions that analog element you didn't realize was missing.

Even as the modern studio has become an all-digital environment, the trend of using vintage audio gear to achieve a classic analog sound quality—full of warmth and presence—is in full swing. Actual vintage hardware pieces, as well as modern reissues of classic analog equipment, are routinely utilized both as a front-end (recording) signal chain, and in mixing, to impart those characteristic qualities that defined the sound of modern recordings.

The very model of a modern vintage studio

But actual analog hardware is not always a practical option, and even when the gear is available, it comes at a considerable cost—both financial, and in terms of flexibility. Fortunately, digital processing has matured to a point where the warmth and presence of analog components can be successfully simulated with plug-ins, through the technique of digital modeling. When a classic piece of analog hardware is modeled digitally, the original is analyzed thoroughly—the entire circuit chain, from input to output, is examined, including not only the contribution of each individual circuit component (tubes, transistors, etc.), but their interaction as the audio signal passes through them, along with the effect any adjustments by the user (levels, knob settings) have on the resulting sound at the output. All of these aspects are then recreated in software code, creating a virtual signal chain that precisely duplicates that of the original, imparting all the desirable qualities the actual hardware would have brought to the table.

Years ago, at the inception of this approach, computer power wasn't sufficient to allow for truly natural simulations, but nowadays, modeled versions of classic analog gear are capable of a remarkable degree of fidelity to the real hardware circuits they're based on, and the use of analog modeling plug-in processors has truly gone mainstream. In fact, there are so many out there, of such high quality, that designers are scrambling to distinguish their offerings with unique features.

One way to do this might be to model not just any generic analog unit, or create another version of one of the most familiar classics (like the LA-2A, 1176, Pultec EQP-1A, etc.), but to capture the sound and performance of some truly unique gear. And that brings us to the Waves Abbey Road Collection. 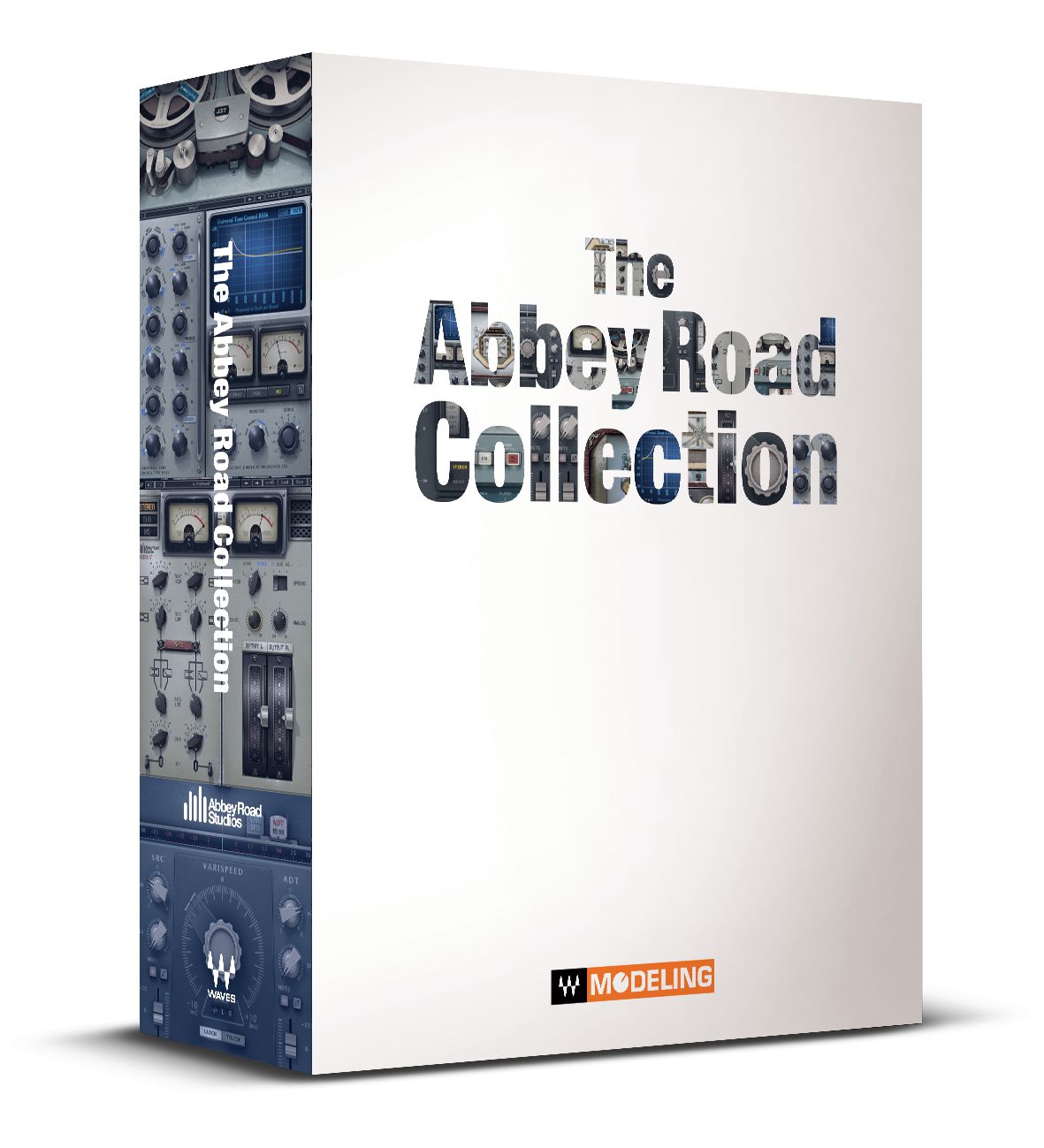 I'm sure there isn't anyone who's not familiar with the name Abbey Road—besides gracing one of the most popular Beatles albums of all time, it's the name of the studio where all those classic recordings (and many, many others) were made. As the flagship studio complex of EMI records, Abbey Road Studios has handled every type of music, but the work done on the Beatles' recordings in the '60s (along with other classic artists, like Pink Floyd, in the '70s and beyond) introduced not only many of the recording and mixing techniques we take for granted (like close-miking and Artificial Double-Tracking), but also helped define the “sound” of modern pop recordings. 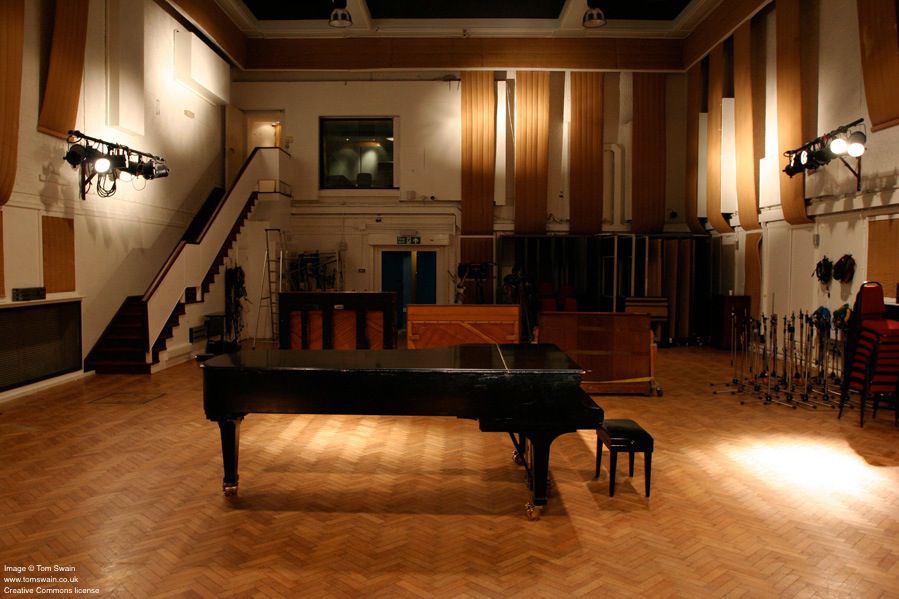 Abbey Road Studio 2, where The Beatles recorded most of their music.

The equipment in use at Abbey Road during that critical period of the mid '60s through early '70s was a big part of that “sound”. Most of it was designed and built, or at least modified, in-house, by EMI's REDD (Recording Engineering Development Department) division, and the analog character of that classic gear is all over some of the most iconic pop recordings ever made. 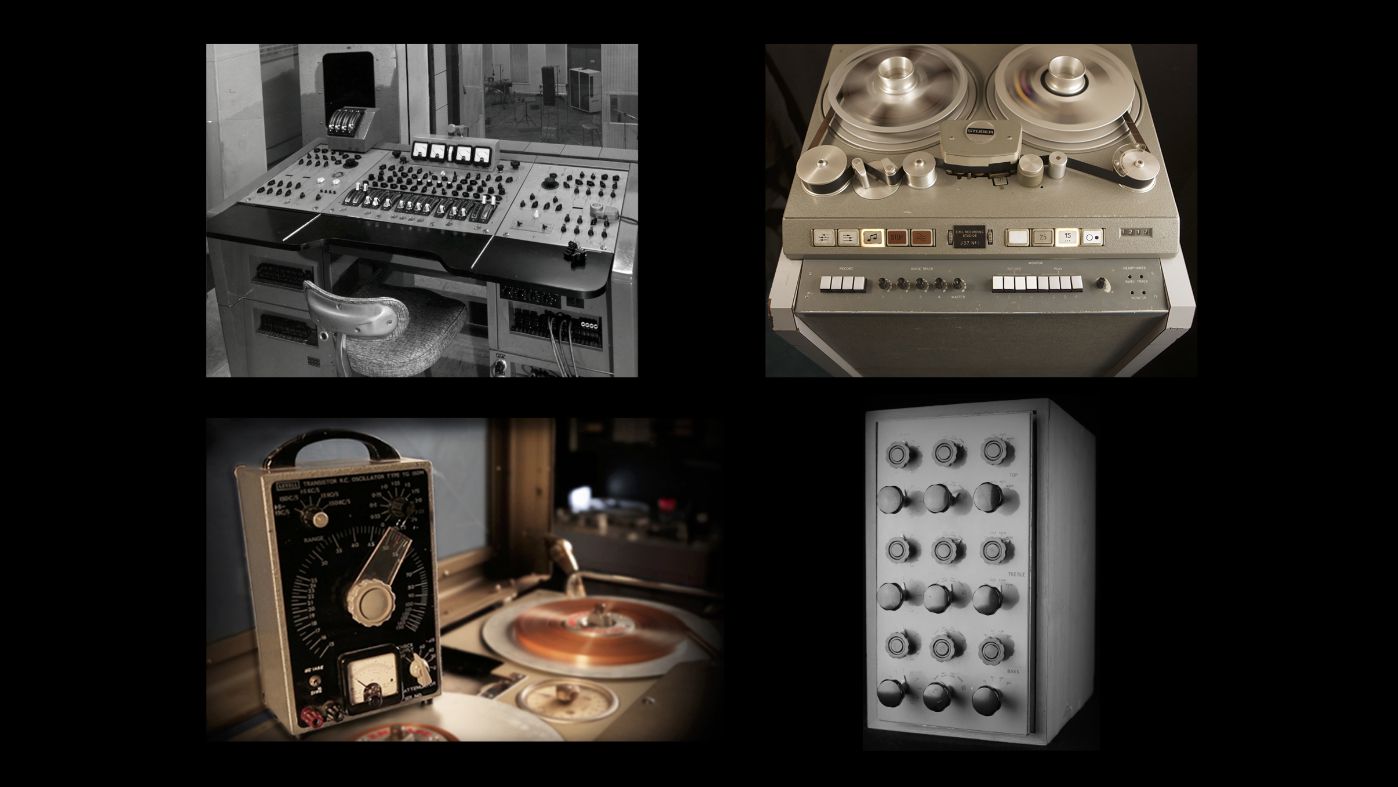 Original equipment, circa the '60s, from Abbey Road Studios.

So what better idea could there be than to model the very equipment that provided that classic analog warmth and presence? Well, that's what Waves has done with the Abbey Road Collection—they've created a suite of plug-ins that offer the rich character of the specific pieces of gear that lent their analog magic to so many classic records, bringing the Modeling of analog sound to the next level. 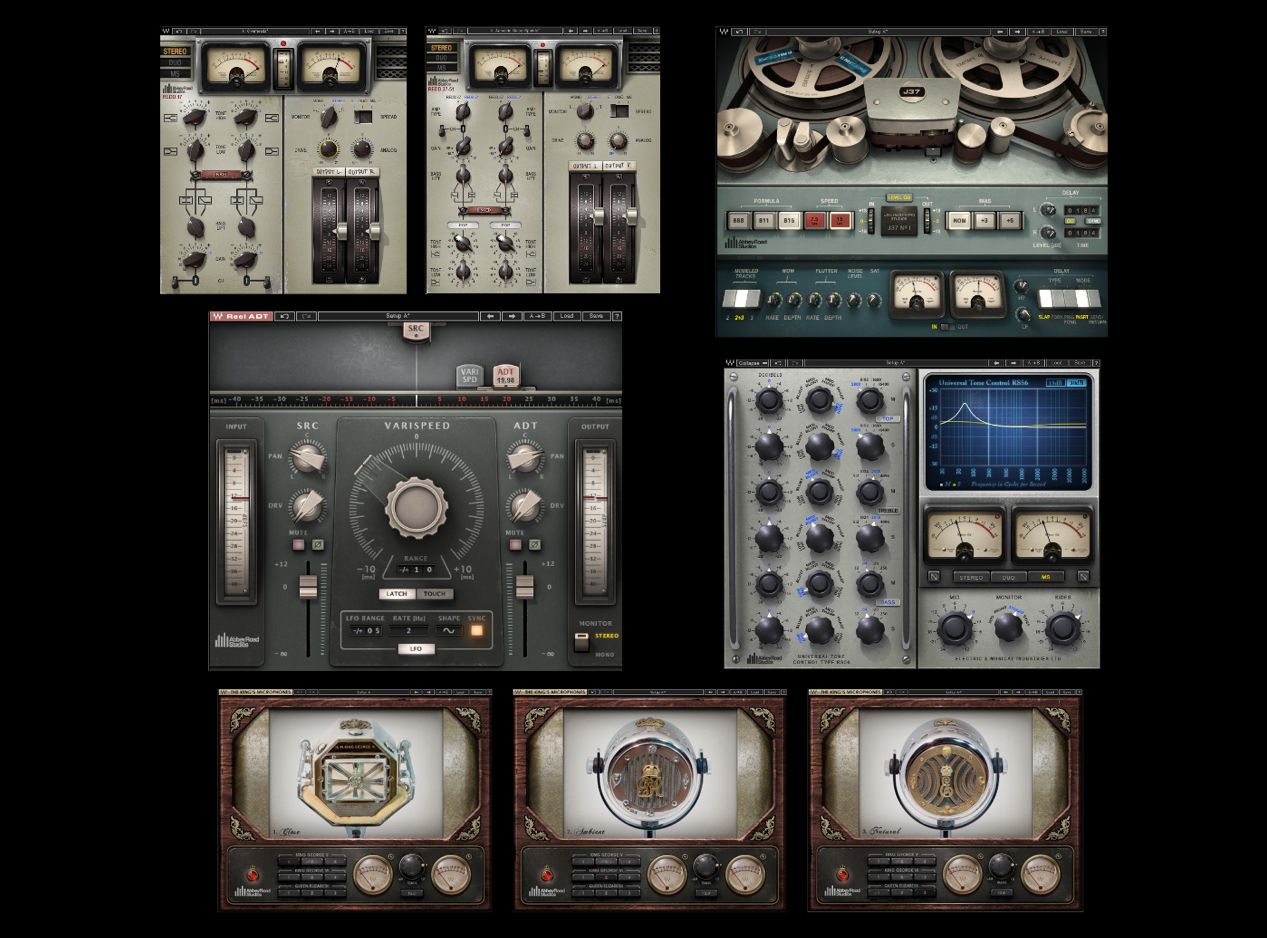 The plug-ins in the Abbey Road Collection.

Abbey Road's analog classics—tubes and then some

The Collection takes on the classic REDD tube consoles of that era—the REDD.17, REDD.37, and REDD.51 models. Pushing signal levels just a bit through the virtual analog stages can add a subtle but lovely sense of analog tonality to any signal, and pushing harder can add anything from a nice edge to full-blown distortion (as The Beatles did on the opening of the song “Revolution”).  The consoles even offer MS (mid-side) processing, for an extra level of flexibility with stereo signals. And the built-in EQ is simple, yet never fails to subtly enhance anything passing through it. 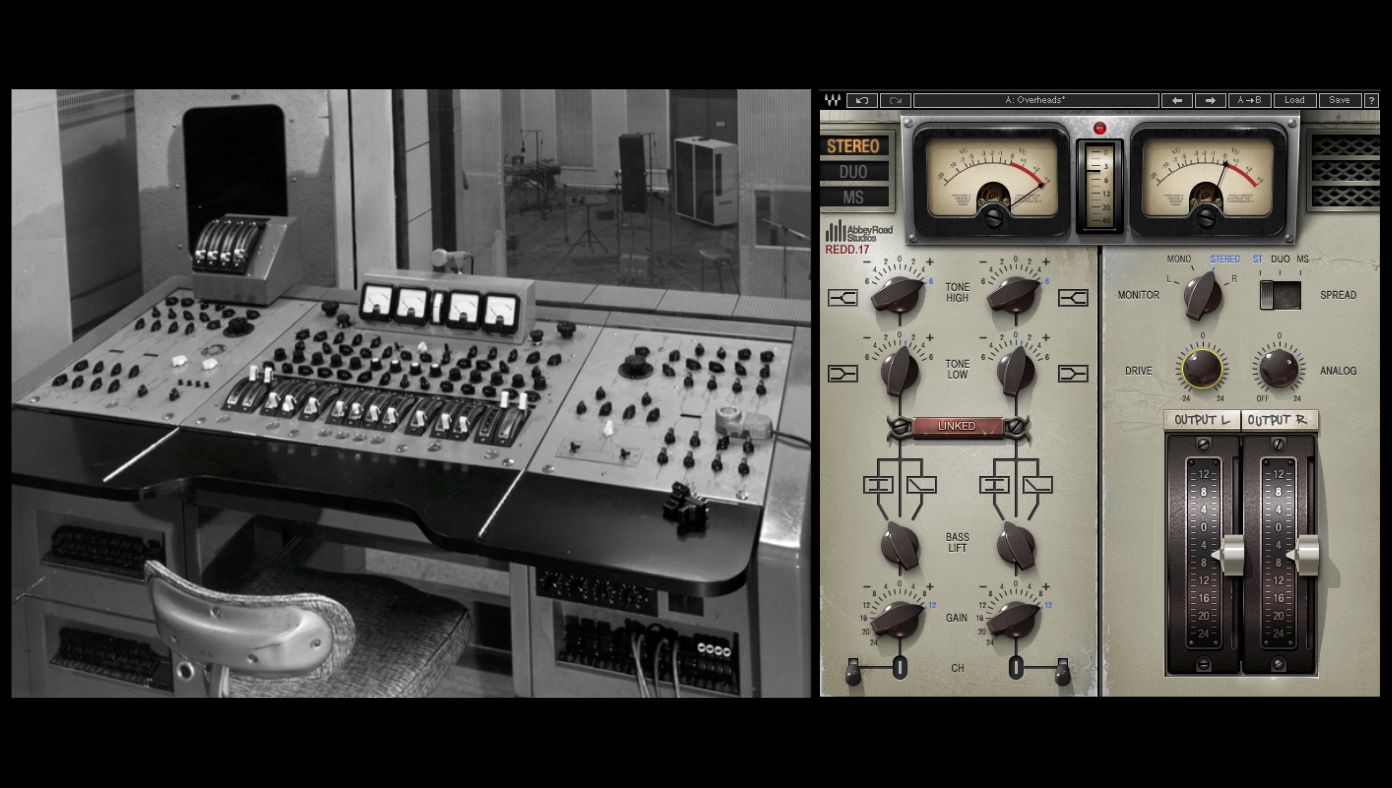 For more demanding EQ tasks, there's a model of the REDD-designed RS56 parametric EQ. Originally intended for mastering applications, this is a three-band passive EQ, similar in circuit design to the renowned Pultec EQP-1A, but much more flexible in terms of frequency and bandwidth options. It has the unique quality that comes from the type of circuitry used in passive-EQ designs, and is one of those EQs that always sounds smooth and “musical” on everything it touches. 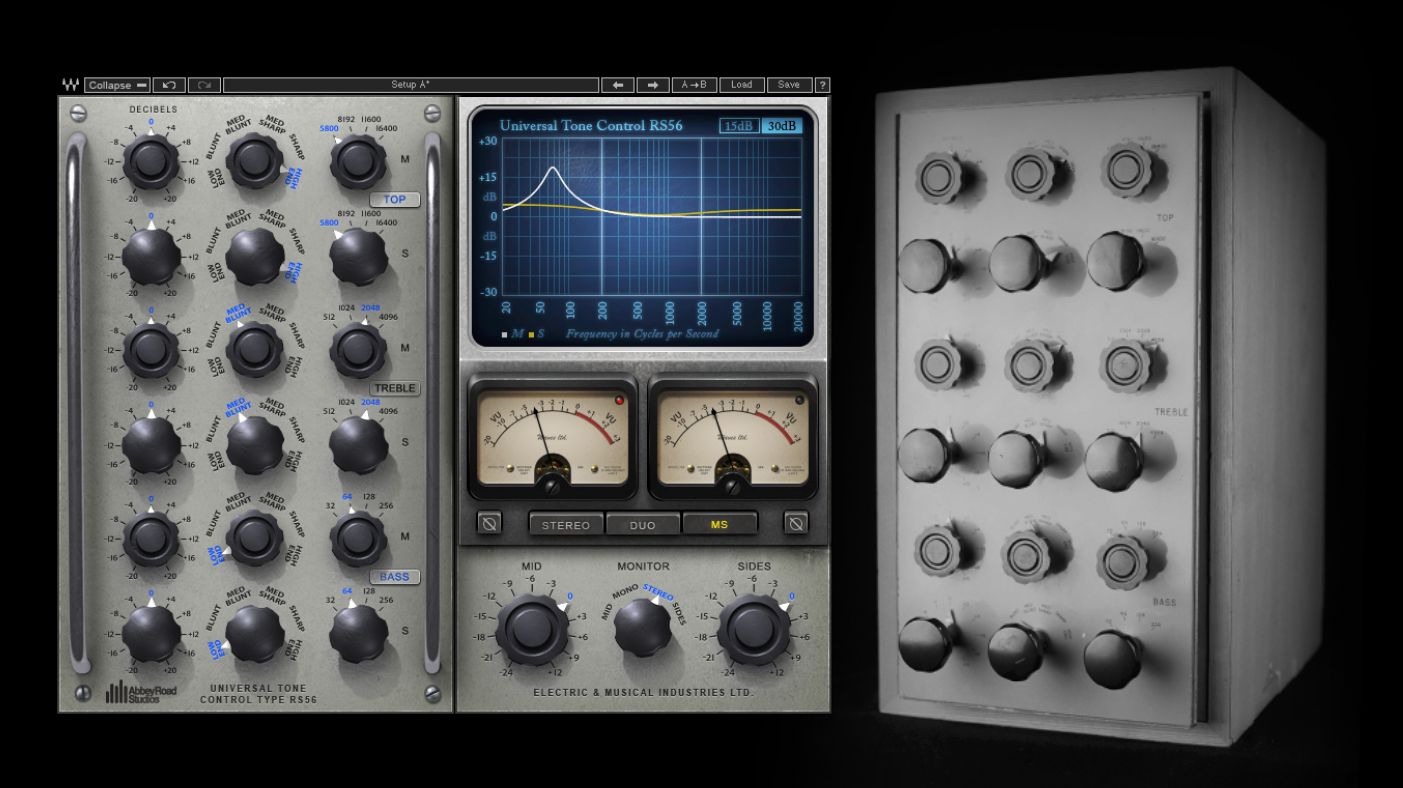 The magnetic magic of Analog Tape

Analog (magnetic) tape was a major component of the rich sound of analog recordings, and there are two offerings here. There's a spot-on model of the Studer J37 4-track recorder (the original was the model used for the groundbreaking multi-track work on The Beatles' Sgt. Pepper album). As with all tape recorders, pushing the recording level just slightly into the red (overload zone on the VU meters) results in the very subtle compression and harmonic distortion effect known as Tape Saturation. Even as digitally modeled plug-ins mastered the sound of tubes and transistors being overdriven, this subtle (and dynamic) effect was still one of the more difficult things to emulate, but the J37 plug-in captures it well, and, if used carefully, it can provide some of that elusive analog tape characteristic that so many engineers love. But the plug-in also includes simulations of other factors that contribute to the classic tape sound, like Bias, Wow & Flutter, and even three different tape formulations, based on those in use at Abbey Road with the original J37s. And since tape recorders in that era were also pressed into service to generate delay & echo effects, that capability is included in the virtual J37 as well. 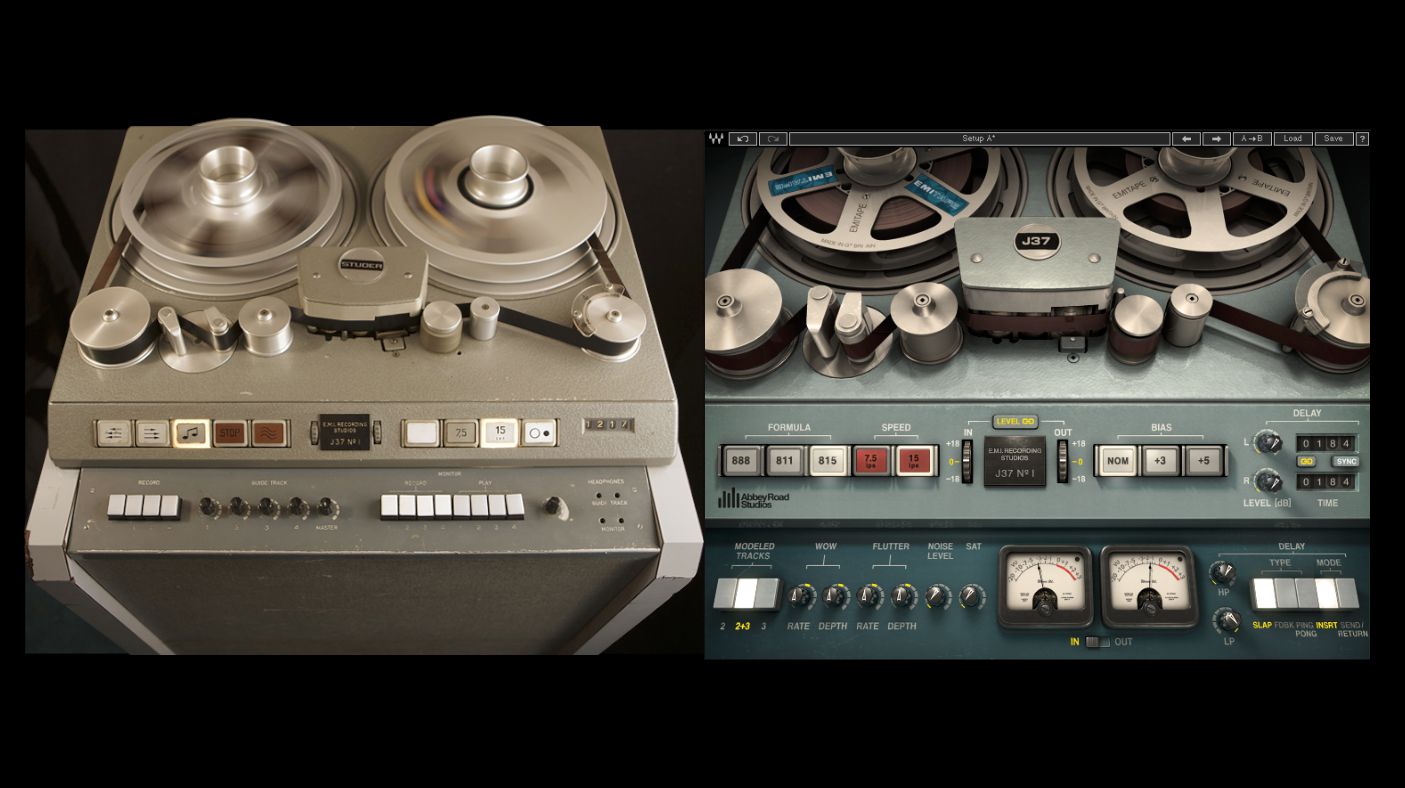 One of the most famous effects associated with Abbey Road studios (and The Beatles' sessions there) is ADT—Artificial Double Tracking—creating a doubled part by duplicating a recording and electronically delaying the copy, to simulate a second performance, for the extra richness that comes from that widely-implemented musical/arrangement technique. Every engineer knows how ADT is done, but the specific tape-based ADT effect that was invented at Abbey Road by Beatles engineer Ken Townsend has always been known for its uniquely rich, natural, “human” quality—a result of the specific implementation of the modified J37 recorders. This unique ADT effect still stands out today, and is carefully reproduced in the Reel ADT plug-in, allowing for a host of effects, from the classic Abbey Road ADT, to nice, warm, analog-sounding versions of chorusing, flanging, and phasing. 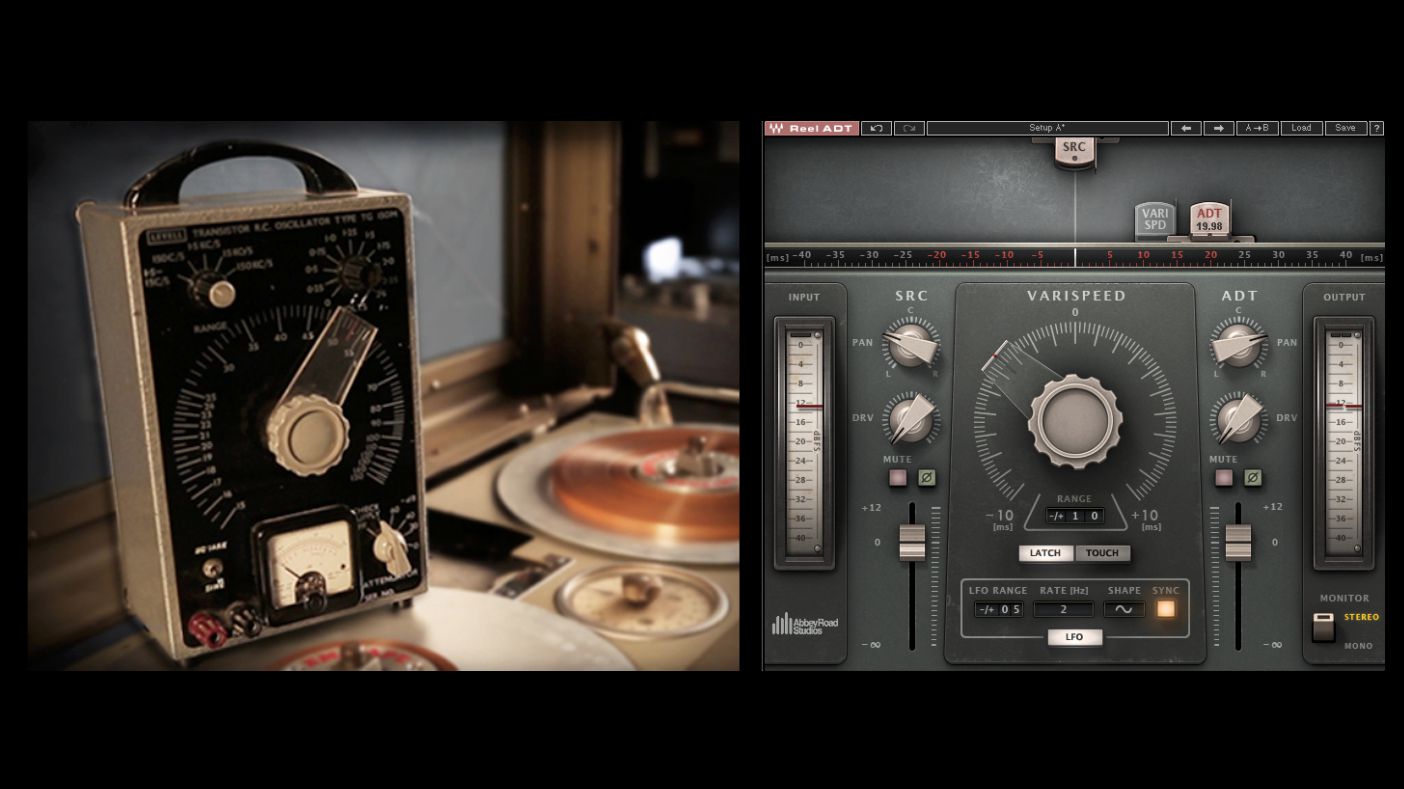 (L) A varispeed controller (one of the key elements of the Abbey Road ADT effect); (R) the Reel ADT plug-in.

The Abbey Road Collection is rounded out by the inclusion of three modeled “character” mics—the “King's Microphones”—vintage mics originally designed for use by the British Royal Family, which impart a colorful tonality which works great as a special effect. Tools of the trade—using the Abbey Road Collection

All of the plug-ins in the Collection recreate not only the sound of this classic gear, but the operational aspects of the equipment as well. As you might imagine, that means that getting the most out of them requires some familiarity with the operation of the original designs. Since many people nowadays have limited opportunity to work intensively with high-end analog gear—especially tape—Waves and macProVideo have teamed up to create a course to address this. The Abbey Road course covers not only the knob-by-knob and button-by-button operation of these plug-ins, but also delves into the history of the original gear, and the technical principles that give rise to the desirable aspects of the “analog sound” they provide. A more complete understanding of this will, hopefully, help those who came up in the digital era to extract the best, most natural, analog qualities out of these emulations. Even if you don't own the Collection (yet!), it's a good way to get some background knowledge and familiarity with the various aspects of analog gear that promise to keep that great “analog sound” going in this digital world we all live and work in!