Get Ready to Perform Live (Logic Pro X to MainStage)

Language
Logic Pro X is one of the most powerful DAWs available, but it isn't the best choice for live performance. Enter Apple's MainStage! Here's how to get tracks from Logic X into MainStage for your gigs.

Logic and MainStage are two extremely powerful and easy to use programs. They grow infinitely more powerful when you use them together. Let's take a look at how to take a project that you've created in Logic Pro X and bring the individual tracks with you to a live performance situation with MainStage 3.

Having good naming habits isn't just for when you're taking your tracks on the road. It's a good habit to have when working in any DAW. It helps you find what you're looking for faster, and it makes it easier and less stressful as your track count increases. Having good naming habits is important when exporting 'stems' or individual track audio files in Logic Pro X as the 'stem files' will automatically be named whatever the track happens to be named. 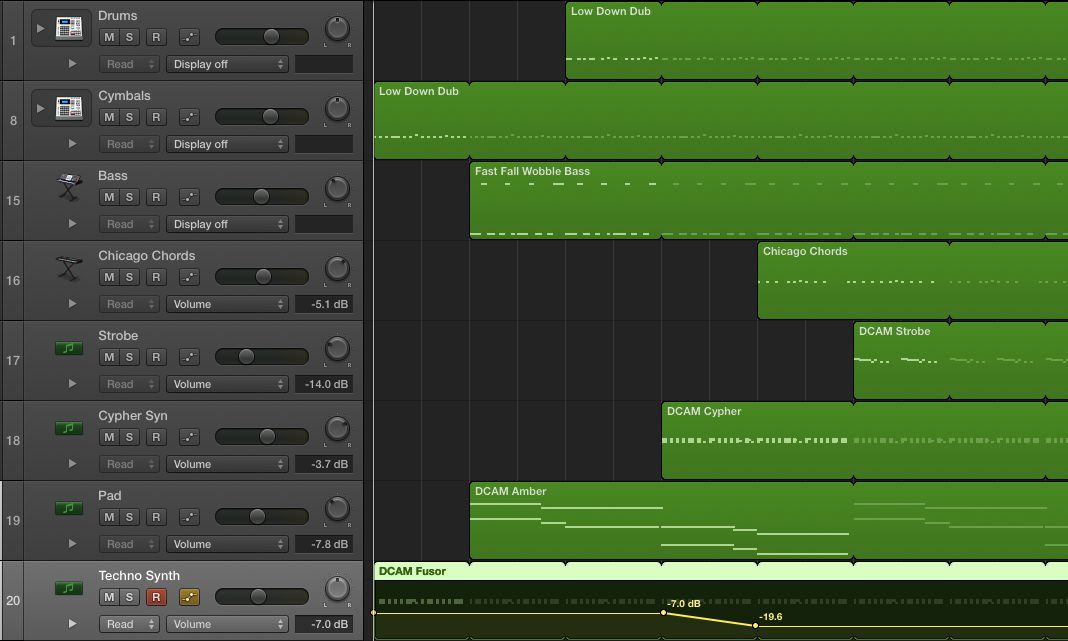 You ARE using markers, aren't you? If you are not, then now is the perfect time to start. These markers won't just help you get around in Logic, they will be 'embedded' into your audio files and allow you to find your place in other apps that can read this type of metadata. You can locate the verse or chorus of your song without having the Logic project file open.

Markers are important both inside and out of Logic Pro X. Create logical markers that will make it easy to identify sections of your song.

Let's export each track as its own audio file, this way we can mix them together live in a MainStage project and use them as true 'backing tracks'. Go to 'File' then 'Export' and select 'All Tracks as Audio Files'. As the name of the command implies, each track will get its own audio file. I've used a simple 8-track song here to match the 8-track setup we'll use in MainStage.

Use this command to get each track out of Logic as its own audio file.

MainStage has a preset built in for backing tracks. Use that one (located in the templates menu under 'mixers' and called '8 backing tracks') or create your own. You can create a MainStage project that has backing tracks AND the instrument you wish to play live. Try adding a piano sound or an emulated guitar amp to go direct and perform alongside your song.

After creating your project file, you'll have 8 empty backing tracks just waiting for your audio files. Drag these files into the channel strip on the right side and drop them on the 'playback' plug-in. They will load up your audio file and even give you a little preview of the waveform along with the filename in the workspace. 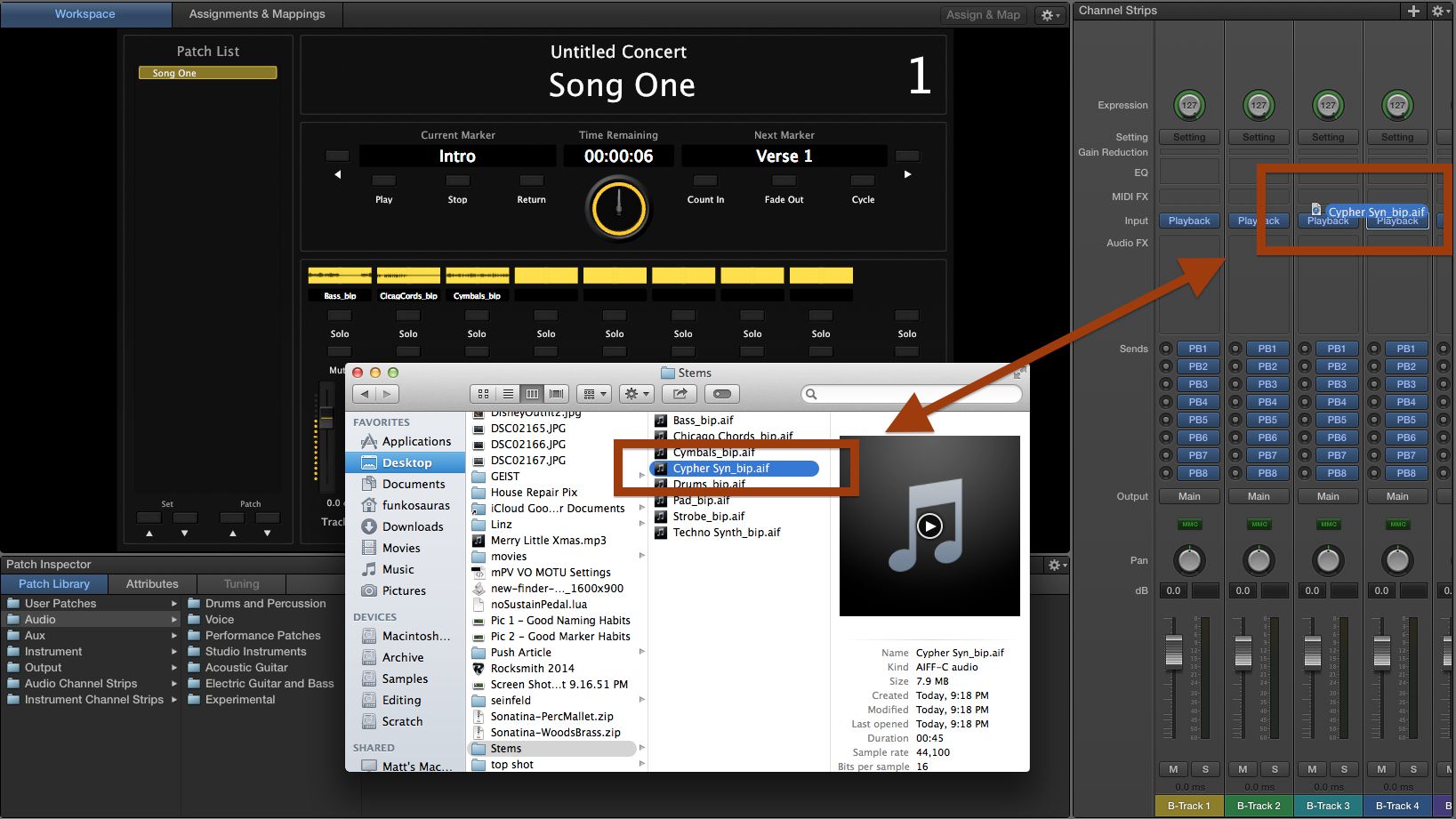 Getting your backing tracks into MainStage is as easy a dragging and dropping.

Step 6 - Rename Your Tracks in the Workspace

I suppose this step is optional, but I've always thought that people who leave their tracks labeled 'track 1 / track 2 / track 3 / etc.' are people who like to watch the world burn. 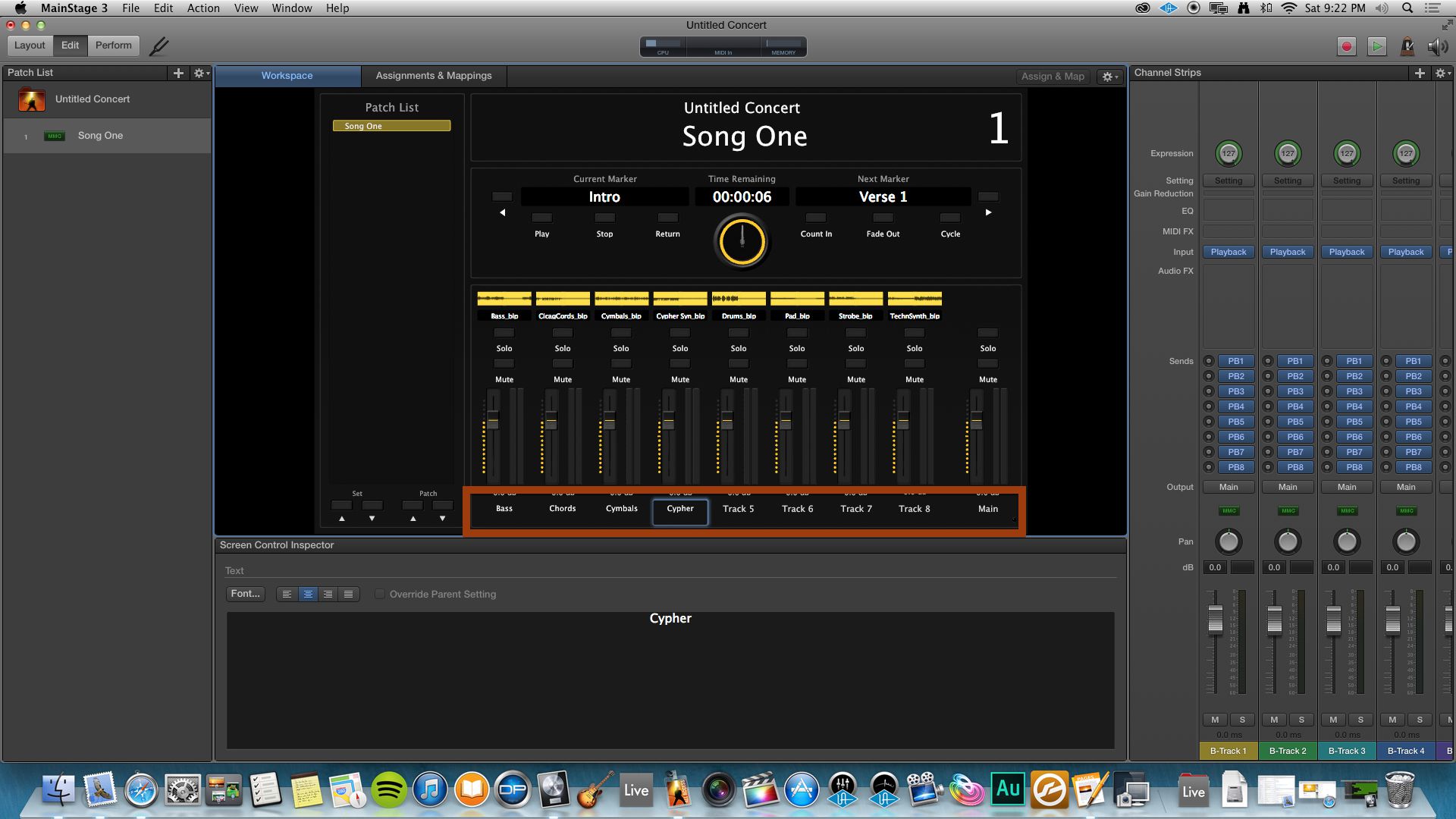 Not essential, but I personally can't sleep at night knowing I left tracks unlabeled.

Step 7 - Get into Full Screen and Perform

The work is over, now the fun begins! Click into full screen mode and play your tracks using the playback screen controls. If you used markers, they carried over and as you pass through each section of your song you will see the corresponding marker show up on the screen. You can 'cycle' sections of your song and skip ahead to different verses at the end of a measure because you used markers and recorded your song to the metronome in Logic Pro X (you did do that, didn't you?). You have complete control over where you want to be in your song and how loud each instrument should be. 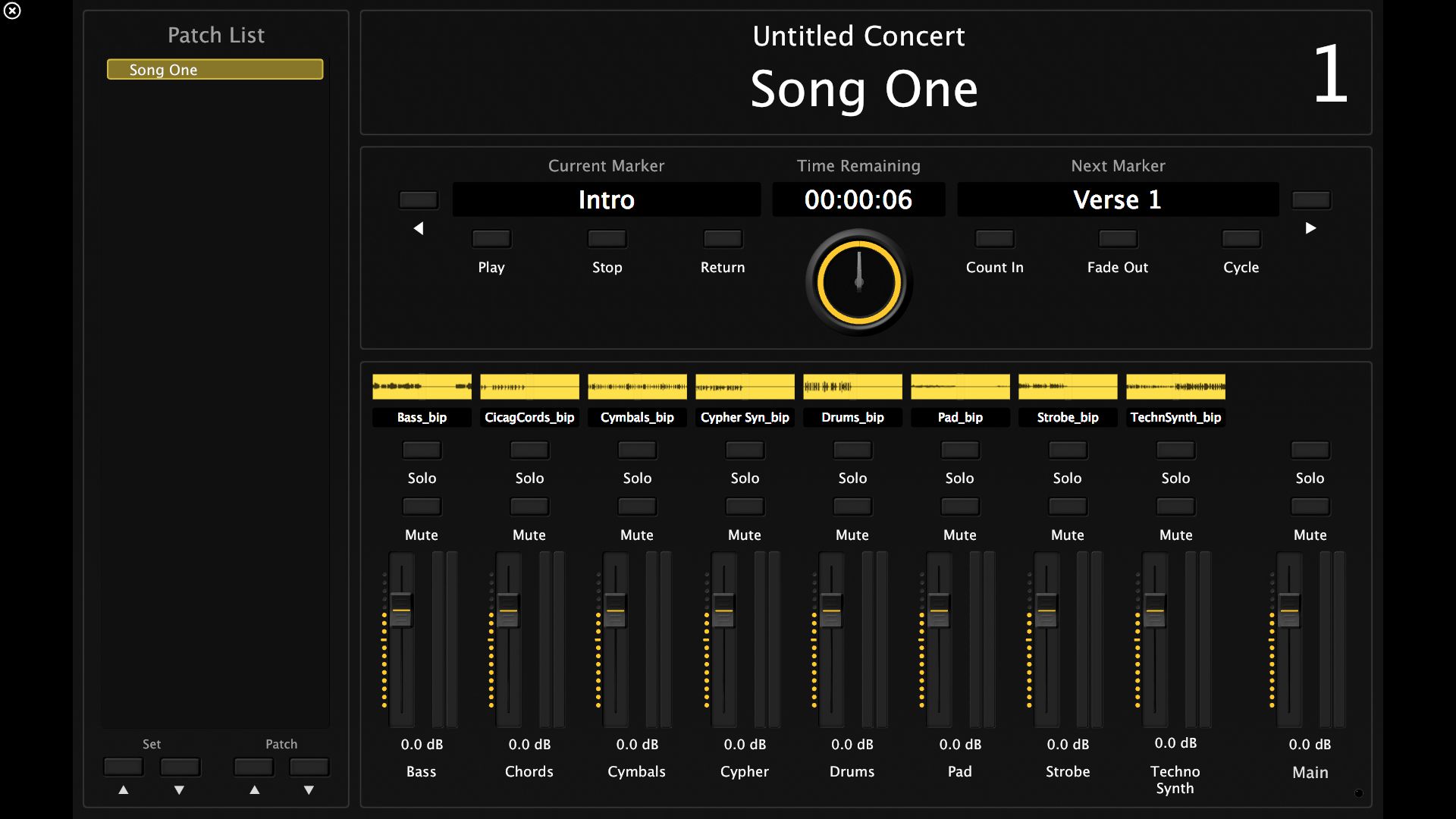 Full screen mode will give you access to all the information you need to play along with your backing tracks. It doesn't waste any valuable screen real estate.

As you create more songs you can include them all in a 'set' in MainStage and re-order them every gig as needed. MainStage is the ultimate tool for musicians who want to play along with tracks and have complete control over their songs. Check out the MainStage tutorials from macProVideo to learn more!