Wizdom Music & moForte announce the release of GeoShred Version 2, an exciting update to the award-winning GeoShred musical instrument for iPad, now with MIDI/MPE support. GeoShred, Winner of a 2017 Electronic Musician Editor's Choice Award as “one of the most innovative, groundbreaking products to emerge in the past twelve months”, has been enhanced with unprecedented MIDI/MPE I/O control, new effects, and additional model control parameters.

To purchase and download: Apple iTunes Store or http://www.wizdommusic.com/getGeoShred

GeoShred is highly expressive when controlling, and being controlled by, instruments that use the upcoming “MPE” MIDI specification (MIDI Polyphonic Expression). It’s both a powerful synth and a formidable iPad based MIDI/MPE controller!

GeoShred is an expressive musical instrument with a multi-touch performance surface, coupled with an advanced physical model of a guitar. A fusion of Wizdom Music’s Geo Synthesizer user interface (Jordan Rudess), and moForte’s powerful, modeled guitar and effects chain based on the next generation Physical Modeling research of Dr. Julius O. Smith III of Stanford/CCRMA.

With GeoShred’s physical modeling synthesis, you can achieve realistic guitar sounds that bend, stretch and manipulate the sound into endless possibilities. You can explore, edit and control the physics of a guitar model – including solid or hollow body, nylon or metal strings, pick position, harmonics and more.

GeoShred is NOT just another app. GeoShred is a powerful, musical instrument that offers a performance environment on a multi-touch surface unlike anything you’ve ever experienced. 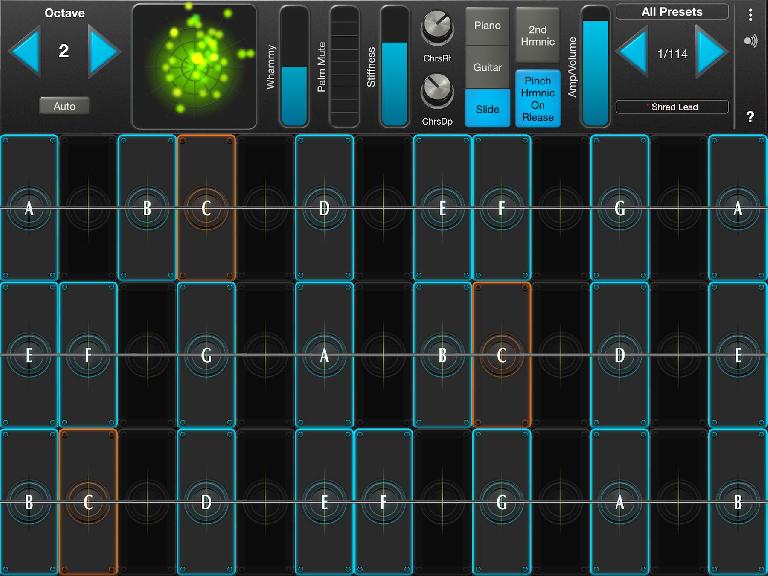 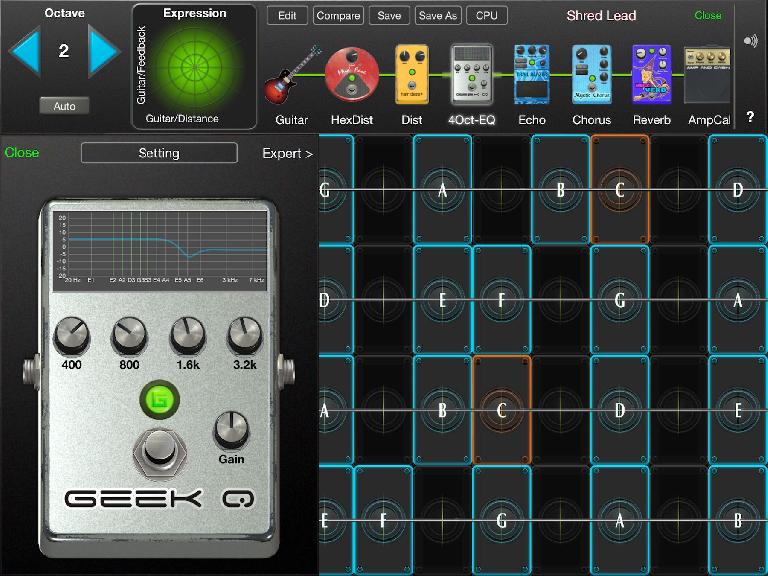 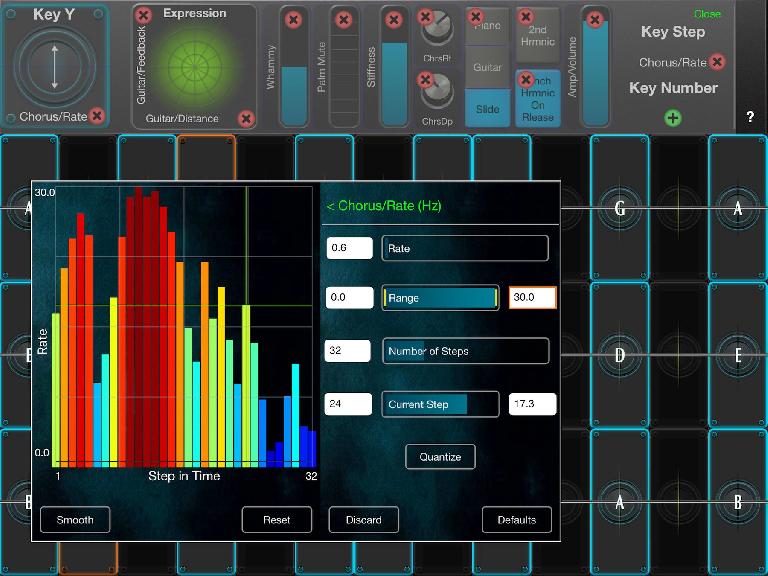 What people are saying about GeoShred

“A fantastic new invention which is going to revolutionize the way music is played, expressed and learned! “GeoShred” is one of the foremost best musical inventions I’ve had the pleasure to experience in recent years. Definitely 5 stars out of 5! GIGANTASTIVISSIMO.....R...A...Z !!!!!” – Patrick Moraz

“GeoShred is a breakthrough [musical instrument] for the iPad. Some might think it’s the best evidence yet that there has indeed been reverse engineering of alien technology, but if that’s the case, then aliens play guitar...and worship Jimi Hendrix.” – Craig Anderton, Harmony Central

“Geoshred is a completely innovative music instrument that has become an essential tool for me in both worlds; on stage and in the studio. The quality, flexibility, expressibility and reliability of Geoshred have made it my go-to (and admittedly most used) iOS music app!” – Diego Tejeida, Haken

And, you can expect a full review from AskAudio to add to this list of quotes!