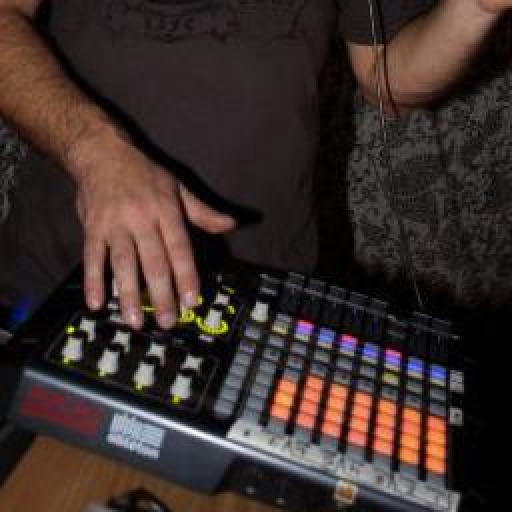 Gear Review: APC 40 for Live use or in the Studio?

A DJ's real-world experience with the APC 40

I did about 6 months of DJ gigs with the APC 40 - including some big festivals like Coachella on the west coast and the All Points West Festival on the east coast. I even gave it a healthy coating of dust at Burning Man, playing the Opulent Temple. It was never the same after that dust storm... But it gave its life so that many could dance. Here's my feelings (and experience) on using the APC 40 as a gigging MIDI Controller with Ableton Live.

Give it a Home

Its big and heavy yet delicate.  My friends who shoved it in a backpack couldn't fully close the backpack, and as a result bent the fader sliders.  If you do have to gig with it, I suggest you do what I did: pick up the Peilican 1495 laptop case. It fits tight, but is the best off the shelf hard case I found. 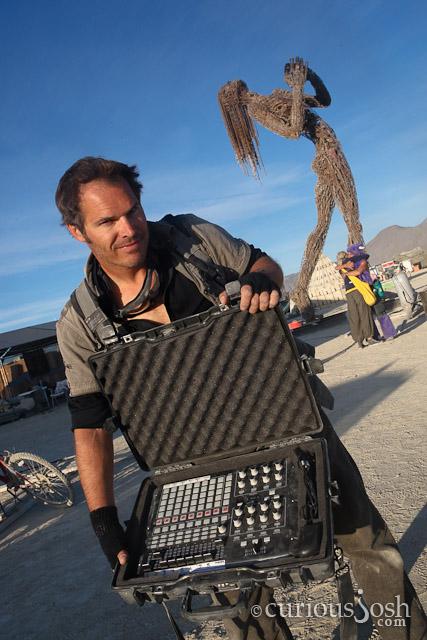 It requires external power. That means carrying a cube tap or better yet a 3 foot multi outlet extension cord. Its a real estate hog in the dj booth. Good luck finding enough desk space in the booth to land your laptop and the controller. Drinks or midi controller, drinks or midi- here hold this for me. and don't drink it!

At first glance, it seems to have plenty of knobs. However, the green lights that ring the knobs do not work once you re-map it.  What does that matter? Well, in dark clubs, when you're using the knob to set your Hi's, Mids and lows, but you've mapped them to something convienient, you cannot see where the knob is positioned. For example, are channel one's lows set to high noon? or all the way down?  You wont know unless you bring that track up in Ableton Live.

For me, this was a huge problem. I ultimately went with the standard programming on the APC 40- which means you have ONE set of HI, MID and LOW that light up. But going with that brought more problems. What a pain in the neck it was mixing with ONE set of eq's that ALL channels have to share!  I'd have to switch to track 1,  adjust EQ. Switch to track 2, Adjust EQ. Switch back to track one, bump it again.... and on and on. But hey, I had green lights telling me where the knobs where set then.

I thought that I would need lots of buttons to activate my ableton tracks as a DJ.  I ultimately found that having a big button array was more

distracting for me than it was helpful in the dj booth. With 5 rows of buttons, I would have to carefully double check that each button press matched each track.   "Lets see, two rows down," look at controller "..two rows down, okay press".  It actually kind of slowed me down more than it sped me up.

I use the Vestax VCM 600 these days, and I have to say, I don't miss the big button grid one iota. On the Vestax, each chanel has a single "play" button, and you use one knob to roll through each line of Ableton Live. This works faster for me than the APC 40 grid, which was a big surprise. Thats the thing with controllers, you can watch some youtube video, and it implies all these great looking features, but out in the field they don't necessarily perform anywhere like what you might expect or want them to.

If you have Max For live, apparently you can fix the lights not working when you MIDI map the button issue on the APC 40. However, paying $500 for a "dj midi controller" that then requires programmer level knowledge to make it work tells me that I should go buy a different

controller that suits my needs. Another problem of using the rotary knobs as eq's on the APC 40 is that they are endless. That means they just keep spinning around in a circle as much as you want. they don't stop far left or stop far right. Nor do they have a notch that you can feel on them to use as a indicator of the current position. What that means is you never know where the knob is set without having to look at it.

The Vestax VCM 600 has this little notch, which tells me without even looking at the midi controller where my EQ is set. So at the end of the day, I think the APC 40 isn't a great midi controller to attempt to use for dj gigs. 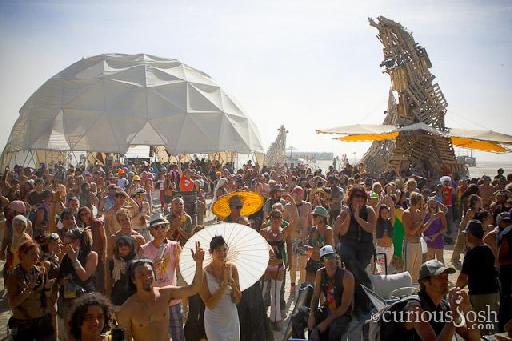 The Do Lab at burning man 2009 photo by curious josh 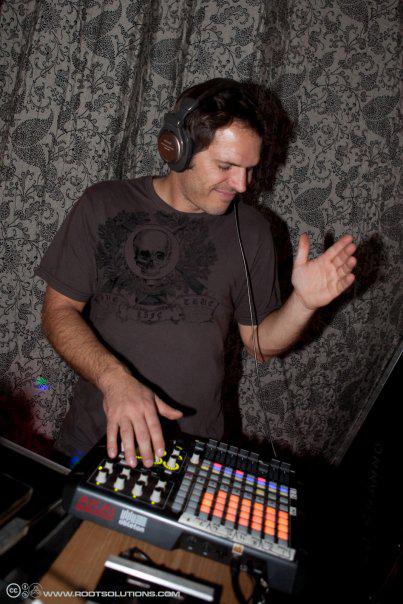 Dj Wolfie smiling because he can see green lights on his EQ knobs... photos by Roots Im

What about for Music Production?

This is where the APC 40 really shines. As a MIDI controller to have on your desk while composing songs in Ableton Live, I love it.

Recently Erik Hawk and I started are working on writing tracks.  His $1200 Mackie Control Universal with automated faders ended up getting put on a shelf to make way for the $500 APC 40. The Mackie was good, but ultimately I found the APC 40 was the perfect tool for writing tracks in Ableton Live. It has all the right buttons in all the right places for writing music, navagating large numbers of tracks, launching scenes, and muting, soloing, and record arming tracks.

It doesnt have the automated faders of the Mackie, but I'd rather give that up for all the features the APC 40 brought with button placement. The APC 40 has really well positioned Bank up, down, left and right buttons. and with the Shift Key held down, they move in larger jumps. I find myself using them all the time to navigate my mix. The Scene Launch buttons are great and the banks of knobs for mapping various devices also work fine.

All the problems of using the controller in a live dj situation don't mess with me as much when I'm sitting in the well lit studio, working at a different pace and performing different tasks. I had actually put my controller up for sale when Erik Hawk said "hey, I've heard about this... can I test it out?" I have to say, its a solid studio device.  If you wanted to buy one controller that you mostly produced on, and once in a while gig with, then I'd say go for the APC 40.

If you're like me - out on gigs 3 out of 4 weekends, get something road worthy and that has dedicated EQ's for each channel.

In my next blog post , I'll give you a run down of why I love the Vestax VCM 600 for gigs.

In the meantime check out the full range of macProVideo Ableton Live tutorials here and the latest place to get inventive & looped-out Live Tips 'N Tricks here!

Erik Hawk
The APC40 is good for writing with Live in the studio. Though, I'm not using it to control a more traditional DAW, like Pro Tools or Logic. For these, my Mackie Control is back front and center and the APC40 is in the corner. Maybe I need a lazy Susan on which I can mount all my control surfaces and then just spin it around for the one I want? Great blog Wolfie! Love the pictures of you and the gear out in the field.