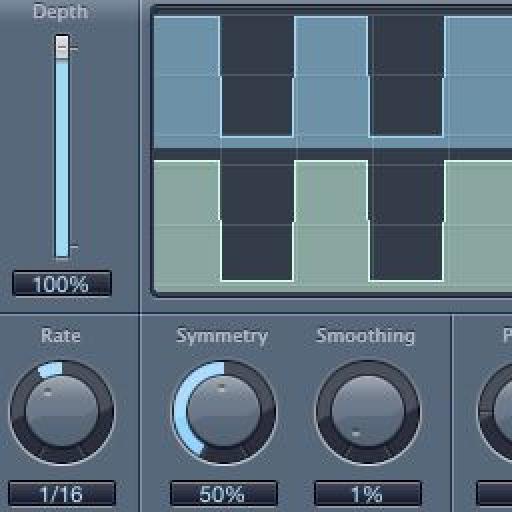 Language
We've all heard it: rhythmic stutters on a Trance pad or a chopped-up pumping synth line. Wouldn't it be great to know how to make this effect? Darren Burgos demonstrates 3 ways to get gating in Logic

A “gated” effect in dance music is when a sound plays as it normally would, but there are missing cuts from it. People today call it Trance Gate since it's so prevalent in Trance music, but this technique is far from new! The classic 60's song Crimson and Clover by Tommy James and the Shondells not only used this effect on the guitar, but heavily on the vocals toward the end. Try not to confuse rhythmic gating with chopping and stuttering... when you gate a piece of audio you're not actually breaking up the sound itself. The sound plays under the silent bits, and unlike chopping, the audio “picks up” where it naturally would if it were never silenced.

In this article, I'm going to show three ways to accomplish this effect. Two of the methods are built right into Logic, and the third requires a free Audio Unit called MIDI Gater by Destroy FX.

Open a song with some longer synth or guitar chords, strings, or some drawn out ambient type sounds. I'll be using some synth chords. 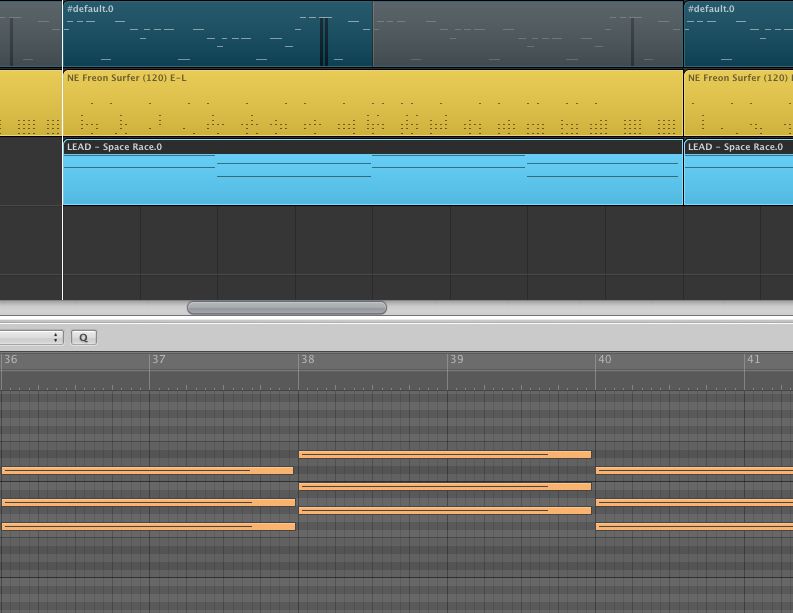 In this first method, simply place the Tremolo effect onto your sound's Channel Strip. It's under the modulation sub menu when choosing effects. Leave the symmetry at 50%, change the Smoothing from 0% to taste, and set the Phase to 0 degrees. 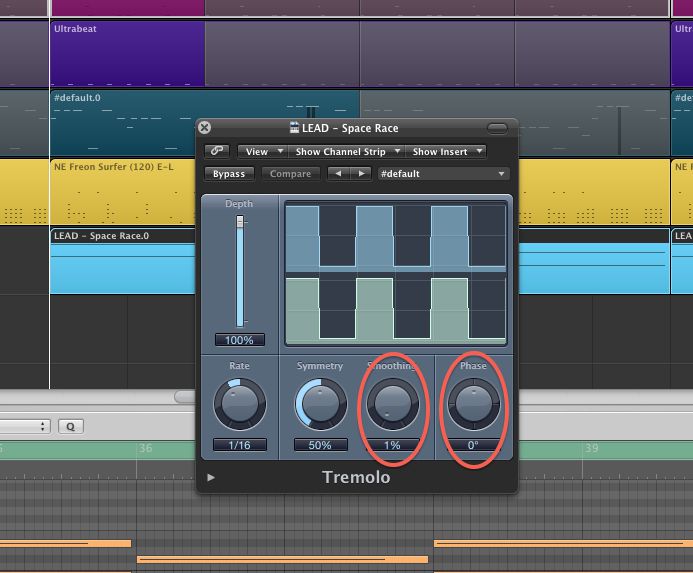 Here are before and after samples:

The Tremolo's Rate controls how fast/slow the gated effect happens so try different values. Try adding automation on the track that swaps out different rates.

Now we'll try a method that uses Logic's Noise Gate effect, and an audible source tone that triggers the gate effect. Using this method to gate your sound is more powerful because you can control the length and timing between the cuts. Remove the Tremolo from the Channel Strip, and place a Noise Gate in its place. It's under the Dynamics sub menu. 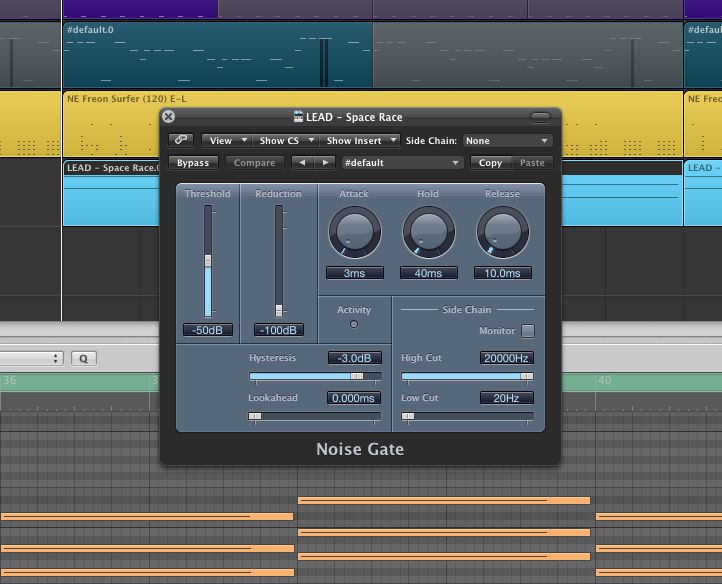 We'll actually be using the Noise Gate in the reverse way it's traditionally applied. A Noise Gate is normally used to filter out noise from the in-between sections of a recording that should be silent, but aren't. This is common on recorded audio tracks like guitar and vocals. For example, as soon as the singer stops singing, you'll sometimes hear noise from the room, the mic, cables, or any hardware devices the mic was being fed through. The Noise Gate lowers the volume between the recorded vocals when you set the Threshold setting BELOW the volume level of the intended sound, and ABOVE the volume level of the unwanted noise.

In our crazy gated world, we'll be silencing the entire track with the Noise Gate, while letting sound in with a source tone. As soon as the source tone being fed through the noise gate exceeds the Threshold level... the effect is turned OFF, and you hear the audio from the track!

Now let's create the source tone for the Noise Gate. Use the key combination Option - Command - N to create a new track, and choose “Software instrument.” Choose the EXS24 sampler. The default EXS24 sound is a simple sine wave sound that has sustain so it's perfect for the side chain source. To assure that the EXS24 stays above the Noise Gate's Threshold level, raise the EXS24's “Level Via Velocity” slider all the way up. 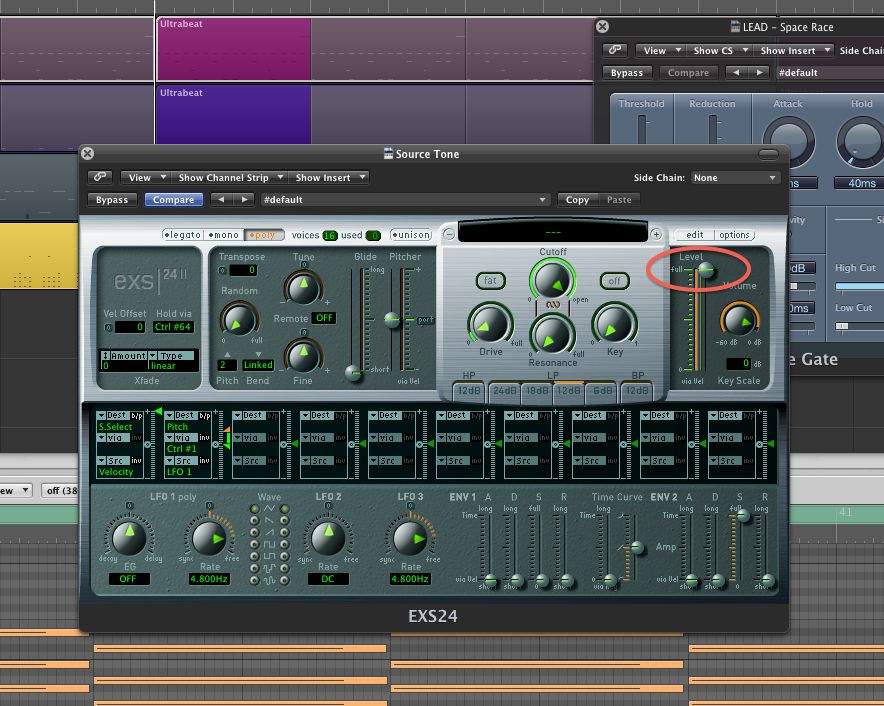 Next, we'll output the EXS24 to a bus so it can be used as a Side Chain within the Noise Gate. Click the EXS24's output menu and select an available bus. We have to do this because currently Logic doesn't allow you to select a virtual instrument as a Side Chain source... but it DOES allow you to select a BUS as the source. A new Auxiliary track with your selected bus appears next to the EXS24 track. 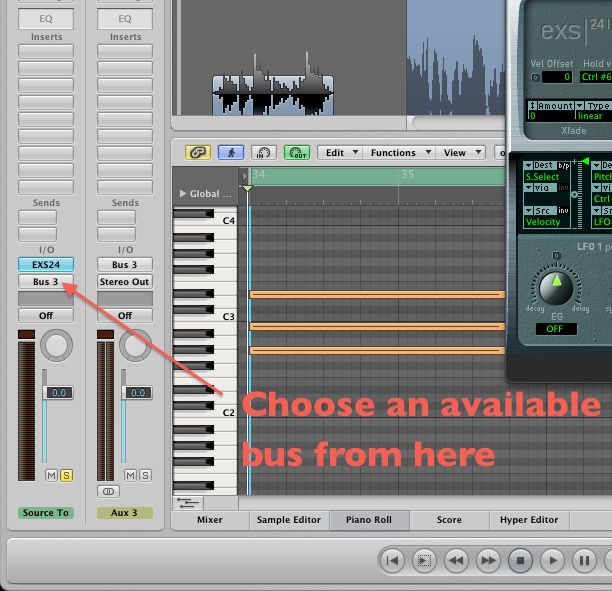 Now, from the Bus/Aux track's Output menu, select No Output. We do this because we don't actually want to hear the sound... remember it's just a source tone to shut off the Noise Gate. 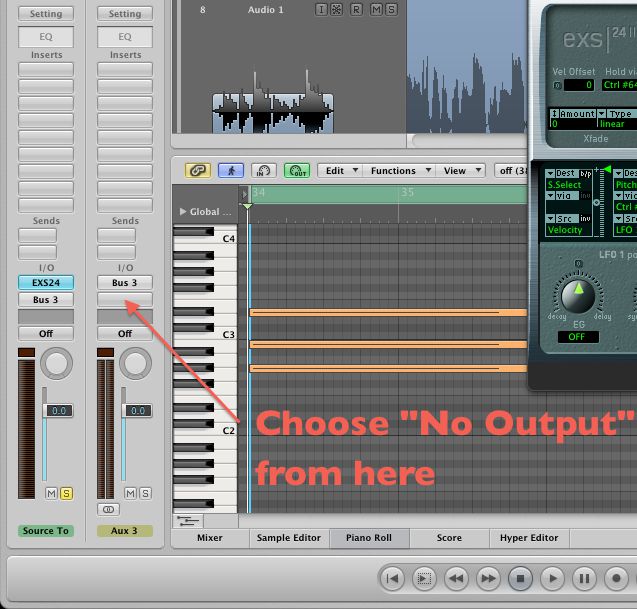 Now click back on the channel strip of the sound we want to gate, and open the Noise Gate effect. From the Side Chain menu, select the bus we output the EXS24 to. In my case it's bus 3, because I had already used bus 1 and 2 for something else in my song. Play your song now. There should be no sound whatsoever at this point. Continue to let the song play back and leave the Noise Gate effect window opened.

Click back onto the EXS24's track we set up earlier. Start to play a single note (higher notes seem to work better) in a rhythmic way on the keyboard while you adjust the Noise Gate's Threshold setting. Try setting the Threshold to about -11 dB. It's gating! Now record the notes your playing and quantize them for super tight timing... You control the timing by the way you play. If you're not great on keys, just create a new empty MIDI region and draw in the notes.

Now on to the last method. First, download and install this free Audio Unit called MIDI Gater by Destroy FX and restart Logic. This is an ancient plug-in, but it does what it does perfectly as you'll see. It's not currently 64 bit, but hopefully they'll update it soon. 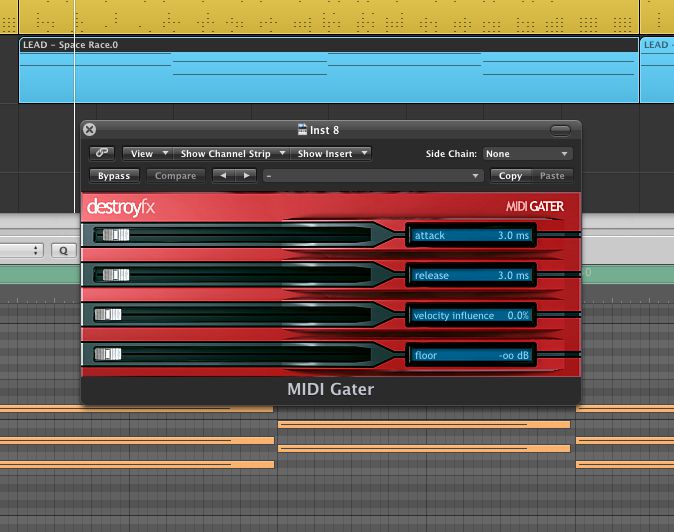 Step 11 - (Gating Technique 3) Output your sound to a Bus Remember to turn off the Aux/Bus track's output that appears next to the sound your gating. We did this in the second gating technique above also. If you don't do this you won't hear the effect, since the un-gated original sound will play over the gated one. Click back onto MIDI Gater's Channel Strip and from it's Side Chain menu, select the bus you just output you're sound to, or if you're gating an audio channel, choose the track from the list. Start playback, then play any key on your controller. Just like the second gating method, you let the sound play through, by triggering it with a controller, but this method simplifies the technique by using only one plug-in that acts as the gate itself, and the instrument to trigger it.

Whatever method you choose, have fun, and I hope you enjoyed the tip!

BenB
Fantastic tutorial! Thanks for writing this up!
DarrenB
Thank-you so much, glad you enjoyed the article!
jamr
This didn't work for me
DarrenB
Which of the three techniques, and at what stage? Post your issue here, and I'll get you though it.
AKA Adam
I Darren! The first two techniques worked great but I'm having an issue with the midi gater. I downloaded it from the website but what do I do once it is in my Finder to put it into Logic? Thanks.

Darren Burgos
You need to get it into your "Components" folder. Open your main HD. Go to Library > Audio > Plug-ins > Components. Place the AU/Component into this folder. If you've already installed some other third party instruments/effects, you'll see them in this folder. Enjoy!