Fun with Loopmash FX in Cubase 7.5

Language
If you're familiar with using Loopmash as an instrument, prepare to have your musical mind blown as Hollin Jones unleashes its potential as an effects processor in Cubase 7.5.

Loopmash FX has been around as an instrument for Cubase and iOS for a little while, but with Cubase 7.5 it also became an effect and a really cool one at that. Imagine if you could recreate some of those cool stutter, spin and chopped-up effects that you hear on the radio, but without having to spend hours programming complex controllers? Well with Loopmash FX, you can. Read on to find out how…

Insert an instance of Loopmash FX on an audio track that contains audio material or on a MIDI track with some data on: anything that will generate sound. Set up a loop so you can play about with the plug-in without having to keep rewinding. 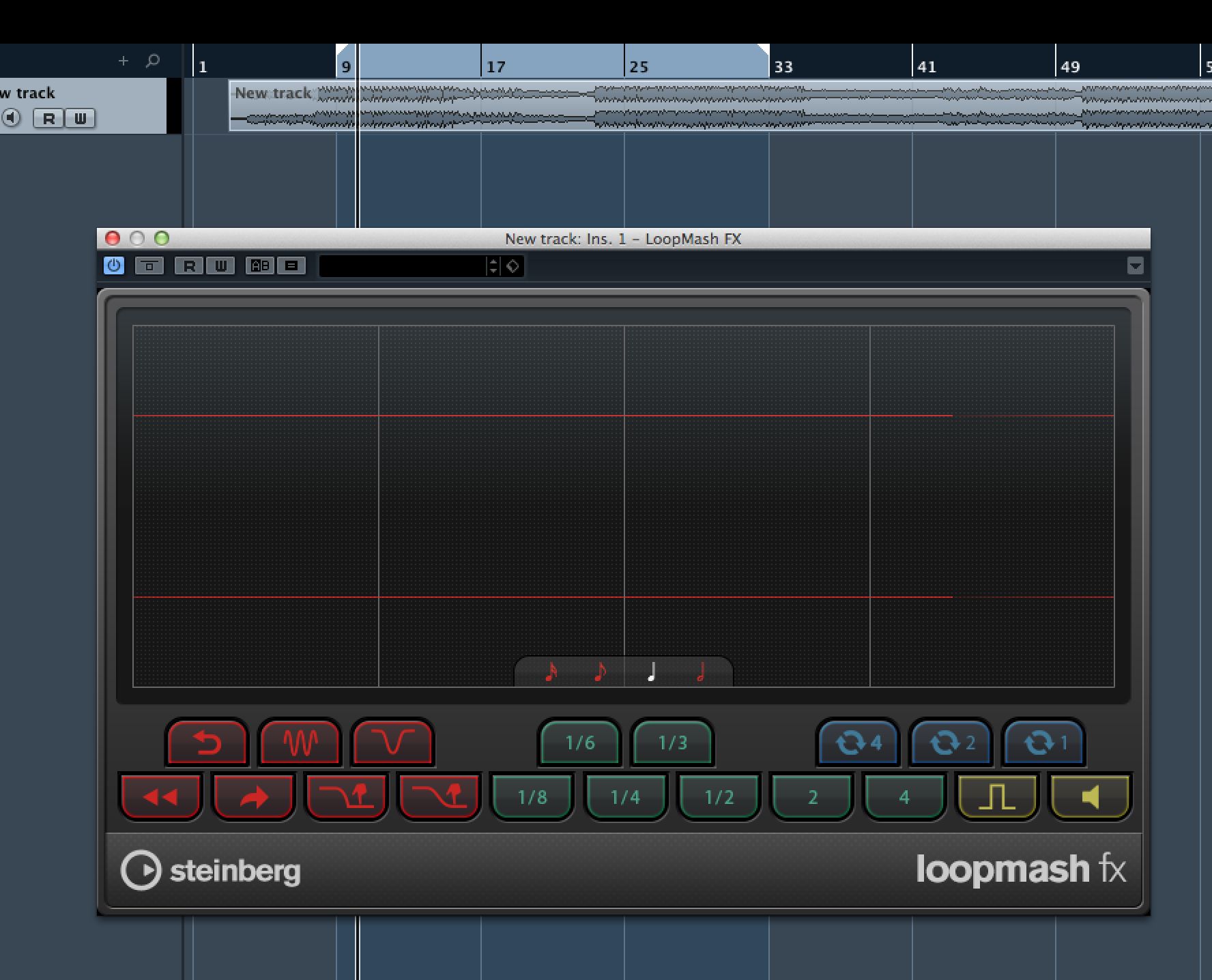 The Loopmash FX plug-in, ready to chop your audio!

Play the track and experiment with the Loopmash controls. What it does is buffer the audio and provide real-time manipulation without anything needing to be rendered. The control at the far left that resembles a reverse symbol will do just that—reverse the playback, but do it inside the plug-in so when you release the mouse the track resumes from the point it would have been at without you interrupting it. With a keen sense of timing this can sound great. 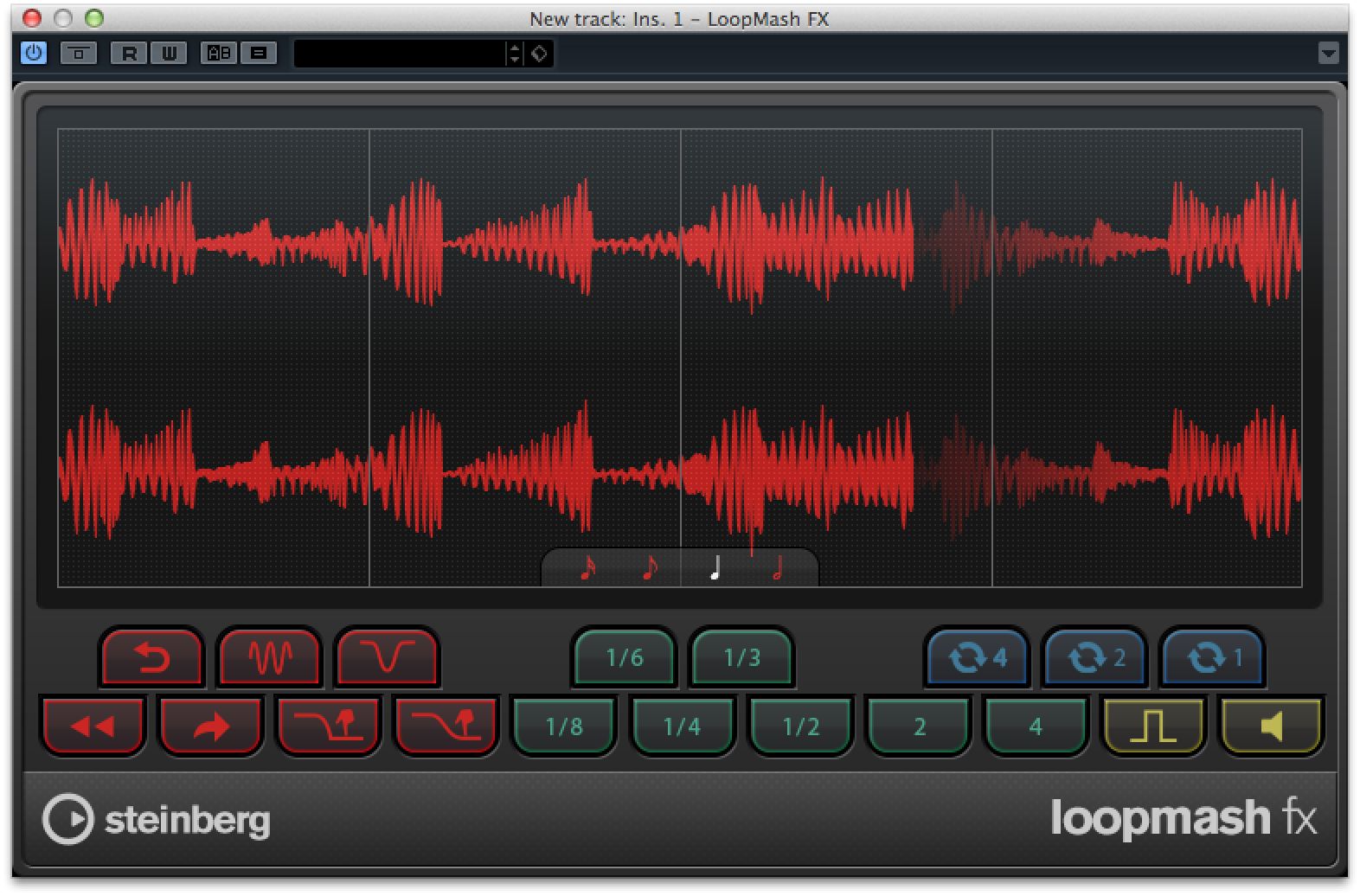 You can reverse your audio in real time without missing a beat.

The lower right two of the red controls are really cool as they perform the same effect as if you were slowing a vinyl record with your finger. This is a really common effect in modern electronic and hip hop music and it's a breeze to get right here by pressing the buttons during playback. If you hold a button the slowdown effect will repeat over and over. 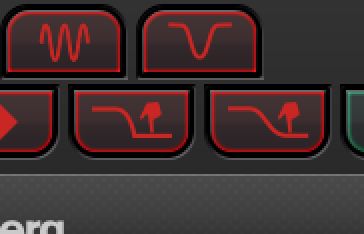 Recreating a vinyl slow down effect is easy as pie.

Step 4: Change the resolution of the effects

The note icons in the main section control the resolution of the effects so these can be changed to work every 1/4, half beat, beat or every two beats. They also control the rate at which an effect repeats when you hold the button. For a longer vinyl slowdown effect for example, use a two-bar held press on the relevant button. 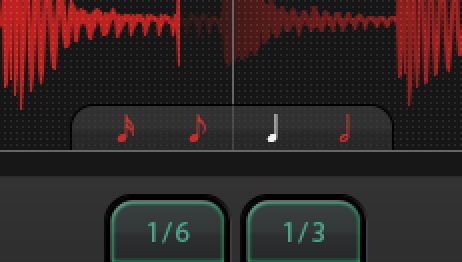 The note icons control the resolution of the effects.

The green buttons represent stutter values and these run all the way from 1/8 up to four times original length. They also obey the resolution settings you make using the note icons so you can tweak them to behave as you wish. A typical setting might be a ¼ stutter with a one beat resolution which sounds good on dance music.

Change the stutter value with the green buttons.

The blue buttons to the right control mini loops of one, two or four bars. These are different from stutter, which plays the track in a linear way, just stuttering the signal as it goes. Finally the yellow buttons perform staccato dropouts or mute and again, all these controls obey the resolution setting. 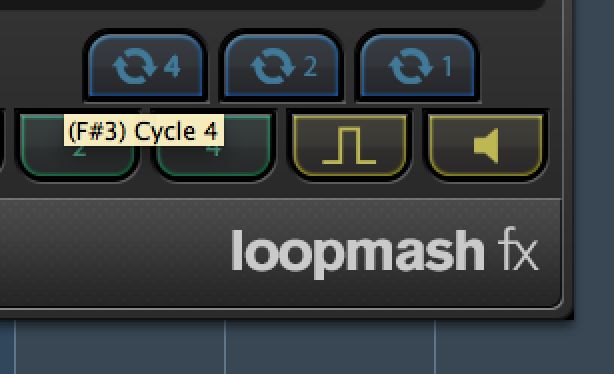 Control the loop length with the blue buttons.

To record your Loopmash FX performance, simply pop the plug-in into Automation Write mode and hit the buttons as you go. Then reveal the automation for the track and you'll see lots of button press on/off commands recorded as automation. You can clean up the performance by editing or quantizing the automation data and in no time at all you can have a really professional set of DJ-style effects. Try applying Loopmash FX to the master bus to spin your whole track up or down! 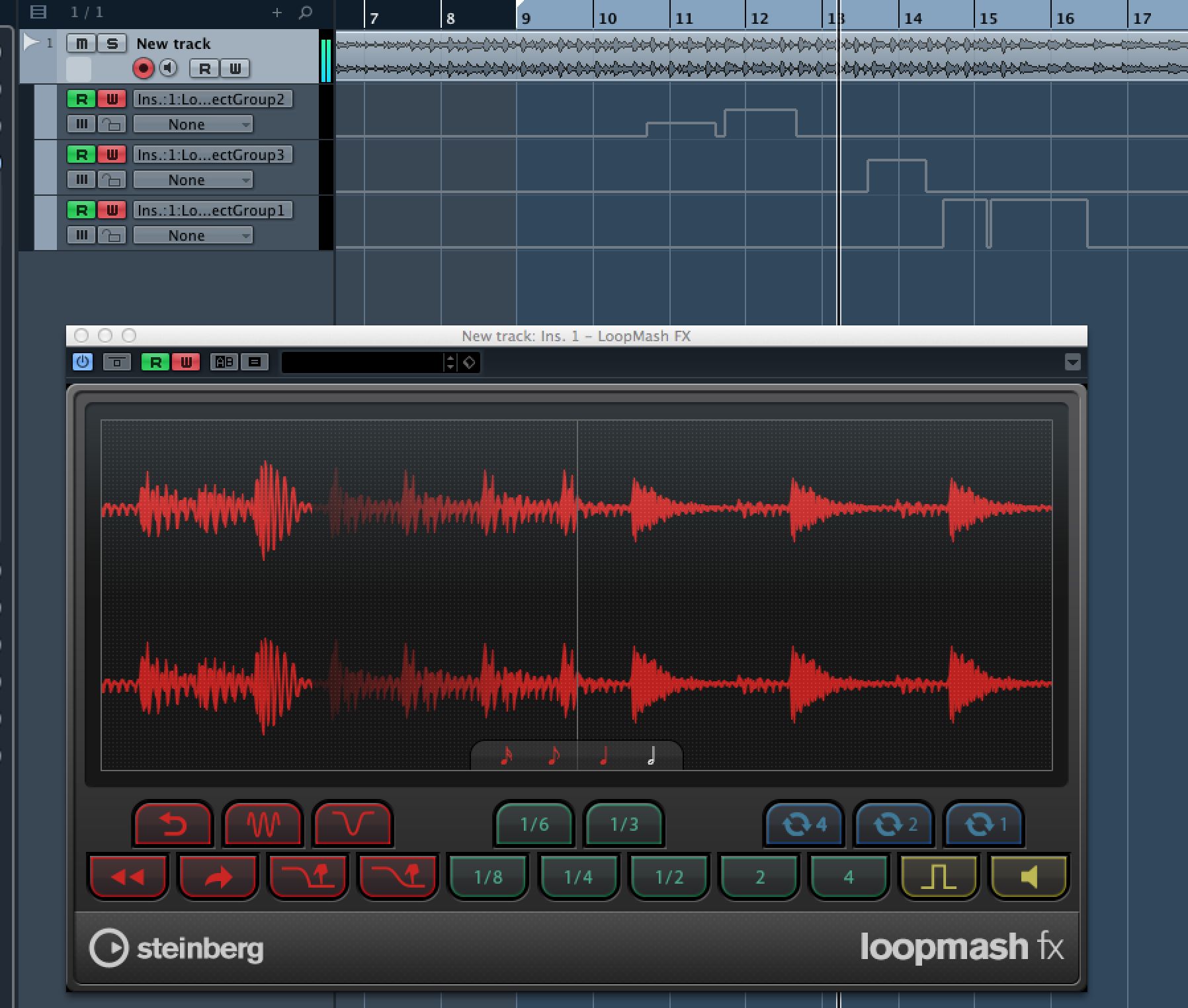 Turn on Automation Write mode and record your performance.

Learn Cubase inside out: