FreeDrum Lets You Play A Drum Kit Anywhere You Can Imagine

Language
Instead of tapping your knees when commuting or sitting on a park bench, you could you be playing a full drum kit... without disturbing anyone else nearby. That's what FreeDrum sensors provide.

Every afternoon I walk down a nearby street and cringe with compassion for the neighbour of a kid who is learning to play the drums. He's not bad. Actually, he's getting better. But he's loud! Now, if he knew about FreeDrum he could be playing drums and making much less (if any) noise, and therefore not disturb those around him.

FreeDrum is more than that though. The makers describe it as a drumkit that fits in your pocket. Basically, it's highly responsive sensors that fit on drum sticks and on a shoe (yup, you can trigger that kick drum naturally). These are connected via Bluetooth 4.0 to an iOS or Android device running an app that supports MIDI over BLuetooth... and away you go.

Officially FreeDrum supports GarageBand on iOS, but it will work fine with any app that supports MIDI over Bluetooth, including those on Mac and Windows machines. FreeDrum should work on Android too, but the audio latency i dependent on each particular Android device. 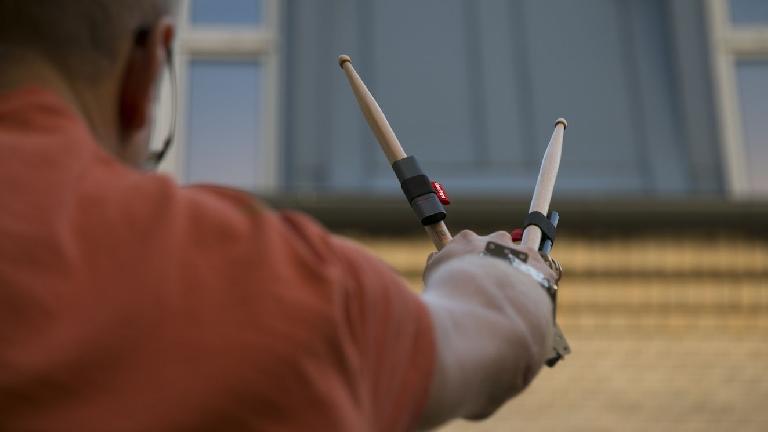 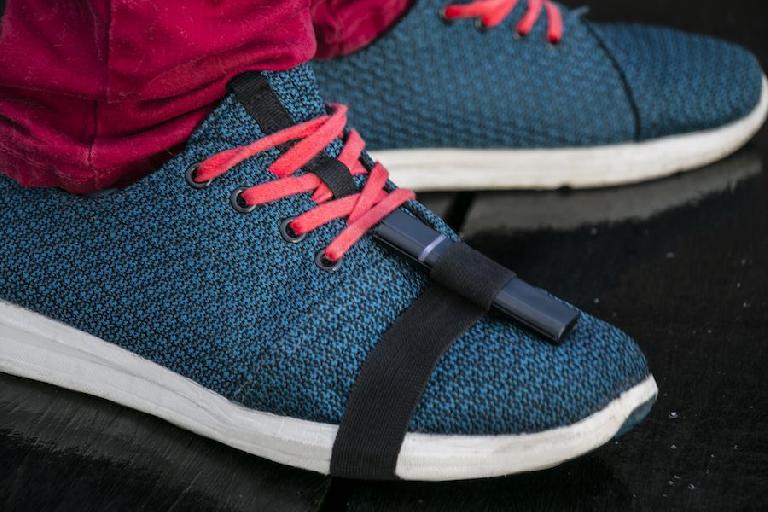 The sensors can attach to your shoes or other places too.

FreeDrum is designed to give a natural feel to virtual drumming. Having not had a chance to try these out ourselves we can't say how it feels of course. However, feedback from users has been very positive. And the public have endorsed this on Kickstarter. FreeDrum has smashed through its $150,000 goal by almost 300% with 13 days still to go. We think the accessiblity and price makes this a potential winner. With the early-bird options already taken, you can still get a FreeDrum kit (for 2 drum sticks) for $89 on Kickstarter.