Language
Focusrite have been busy with new releases and collaborations and high-quality free plugin offers recently. The latest from Focusrite HQ are the Scarlett OctoPre & OctoPre Dynamic mic preamps. 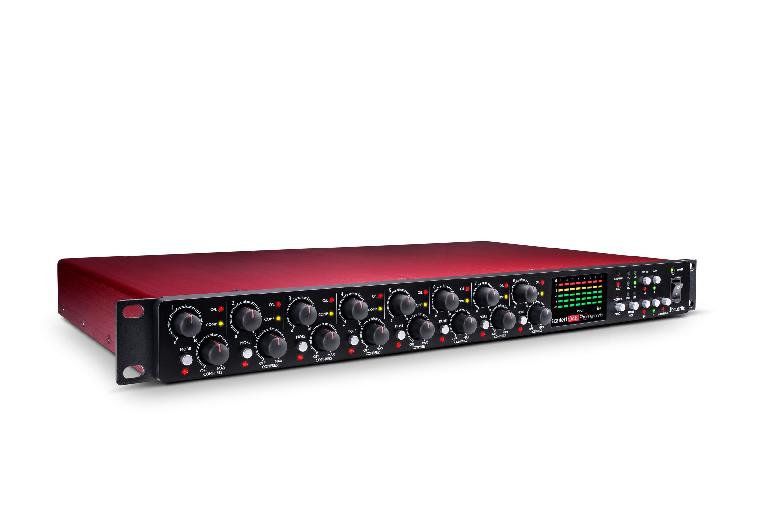 The preamps feed precision 24-bit Focusrite A-D converters that operate up to 192kHz sampling with 109dB dynamic range, making the OctoPres ideal for hi-res audio recording. Dual ADAT ports enable eight channels to be used at sample rates up to 96kHz, while four channels can be transferred at 176.4/192kHz sampling. The Scarlett OctoPre Dynamic model adds eight channels of 24/192kHz D-A conversion too, with 108dB dynamic range, fed from dual ADAT inputs. A button switches the eight line outputs to be sourced from the ADAT inputs, via the D-A.

The eight second-generation Scarlett preamps, with newly-designed high-headroom instrument inputs, will take everything that a band can throw at them. Both OctoPres provide phantom power throughout and accurate five-segment LED metering. The OctoPre offers a pad on every channel and front panel, high headroom instrument inputs. The OctoPre Dynamic comes with optimized headroom as standard, capable of handling the same input levels as the standard OctoPre, plus analogue, soft-knee compression on every channel for natural and transparent control of dynamics, right up to more aggressive compression effects.

*Often overlooked, ADAT I/O is a simple and easy way of bringing extra channels such as mic preamps into your system, with its affordable optical connectivity carrying up to eight channels of audio, and it's available on many interfaces and consoles.

Key Features – common to both products

For further information, head to www.focusrite.com