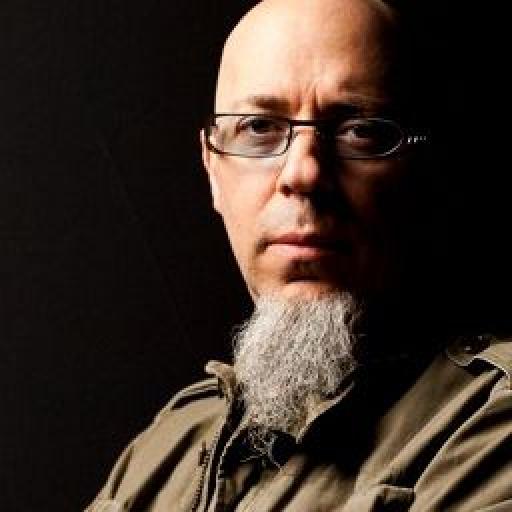 Language
There's a handful of musicians that really push the boundaries. For anyone that knows of Jordan Rudess, it'll come as no surprise that he is one of them! Jordan talks SampleWiz, Dream Theater and more

Jordan Rudess and Dream Theater need little introduction! I caught up with Jordan over Skype in the midst of the final stages of SampleWiz's development, finishing the latest Dream Theater album and literally hours before he was about to jet off on a solo tour. A typical day in the life of...

There's perhaps a handful of musicians that really push the boundaries. For anyone that knows of Jordan Rudess, it'll come as no surprise that he is one of them! But it's not only through his recordings and live performance that he dazzles with his musical wizardry. Jordan is also the creator of some very special iOS apps for musicians that stand out from the crowd. MorphWiz was a runaway,  critically acclaimed success. But he didn't rest on his laurels, and if you know anything about Jordan, you already knew he wouldn't! Instead he's been busy developing another revolutionary app for iPhone and iPad called SampleWiz.

In this exclusive interview for The MPV Hub, Jordan talks openly about his musical influences, Dream Theater, playing live with our very own Steve H, SampleWiz for iPhone & iPad and his love for Logic Pro and all things macProVideo.com.

RS: Welcome Jordan Rudess! Thanks for making time to do this interview for the macProVideo.com Hub.

JR:  Awesome! It's nice to be here with you.

RS: Who were your musical influences in your childhood?

JR: Well, I started out as a classical pianist. I started playing at the age of seven and when I was nine I found myself auditioning for the Juilliard School of Music, Preparatory division. Basically this began a very serious childhood practicing many hours in the day and really focused on classical piano and, I guess, one of the most serious conditions that would be possible at the Juilliard in New York. That really lasted until I was like 17 or 18 and then I started to get interested in other kinds of music. People in high school started turning me on to Progressive Rock like Genesis, Gentle Giant or ELP.

One of the turning points for me was when my friend showed up at my house with a Moog Sonic 5 synthesizer. They thought I should see it because they knew me only as a classical pianist but they wanted to see how I'd play this instrument. So that really changed the way I thought about things because the whole idea of having one hand on the keyboard and the other turning knobs was fascinating to me and I thought it was awesome.

I started to get very deep into this new kind of music I was checking out and I remember this other big turning point was when I heard the Emerson Lake & Palmer's Tarkus album. It showed me that keyboards could indeed play the super powerful role in music instead of just the piano kind of sounds or the Jazz idiom where things are maybe a little lighter. This showed me that this can seriously be ballsy and strong and rocking and so that's when I started to get out of the classical side a little. It got to the point where I showed up at a lesson at the college of Juilliard where I was playing a Chopin piece and after about 5 measures, my teacher took away my music, but I'd only been playing the piece from a 30-page book for one week. I said 'Wait, I need the music!'