This new synth for Ableton Live uses machine learning to deconstruct sounds on a micro level and let you modify, rearrange and re-sequence them in any way you like. The possibilities could be endless.

Factorsynth, say its developers, is a new kind of musical tool for Ableton Live. Using machine learning techniques, it "decomposes" or deconstructs any input sound into its constituent temporal and spectral parts. It then allows you to modify and rearrange these elements to perform extraordinary modifications to your clips. These include:

It's available via Isotonik Studios. Here's a video that gives you an idea of how it works.

And here's how the developers describe Factorsynth.

"Factorsynth is a Max For Live device that uses machine learning to decompose sounds into sets of elements. Once these elements have been obtained, you can modify and rearrange them to remix existing clips, remove notes, randomize patterns, and create complex textures with only a few clicks.

Unlike traditional audio effect devices, which take the track’s audio input and generate output in real time, Factorsynth is a clip-based device. It works on audio clips from your Live set that you have selected and loaded into Factorsynth. Once an audio clip has been selected and loaded into Factorsynth, it can then be decomposed into elements. The decomposition process is called factorization, because it is based on a technique called matrix factorization.

Factorization usually takes a few seconds, and can be performed while the Live set is playing. Once the factorization is ready, you can modify your sound in real time by modifying or recombining the extracted elements. 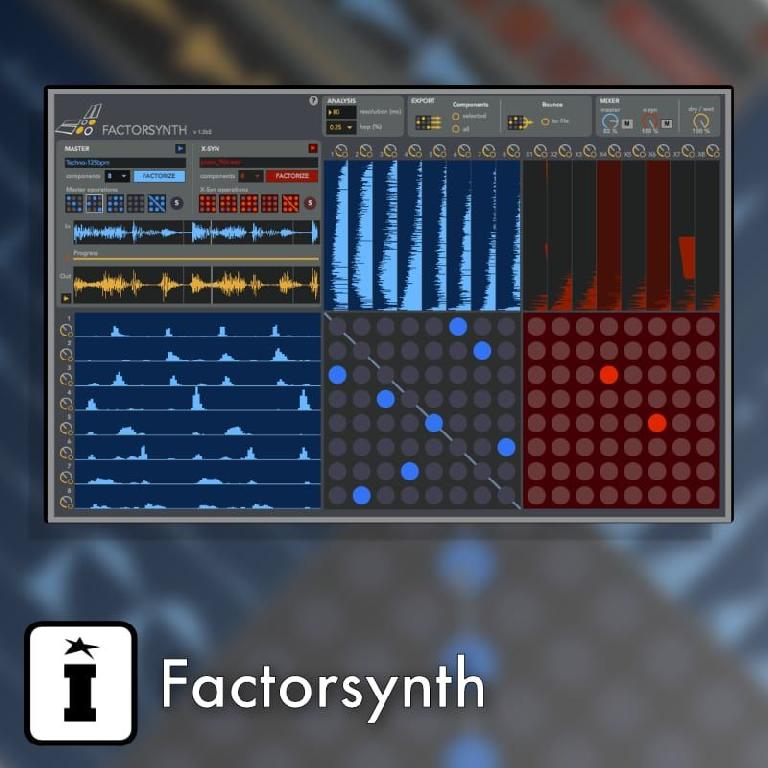 Since it is a clip-based device, Factorsynth will only affect the clip that is currently loaded into the device, even if the track contains other clips. Also, since the device takes its input audio from the loaded clip, it must always be in the leftmost position of an audio effects chain: it will ignore any processing happening before it on the effects chain (you can of course process its output with any other audio device).