Pro-L 2 adds a brand-new 'best for all' Modern algorithm, together with Aggressive for EDM and rock, Bus for single-track limiting, and a new Safe algorithm that was carefully tuned to avoid distortion at all times.

With improved true peak metering and extensive loudness metering that's compliant with the EBU R128, ITU-R BS.1770-4 and ATSC A/85 standards, Pro-L 2 is the perfect fit for any loudness normalization job. 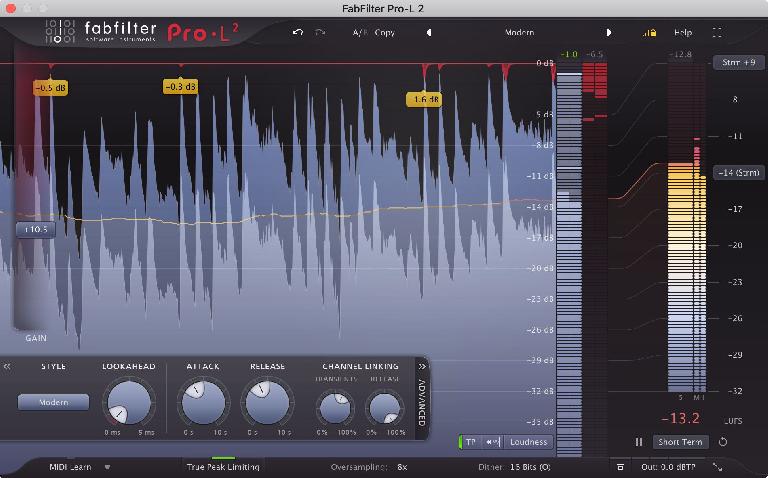