Language
The recent Ableton Live 9.6 and 9.6.1 updates added some lesser known features to Ableton's flagship instrument/controller, Push 2. In this tutorial Noah Pred lifts the lid on the new features.

Each incremental update of Live brings with it a typical complement of bug fixes and processor efficiency enhancements—usually not the sort of sexy headline as, say, a new effect device, or the advent of Ableton's wireless synchronization protocol, Link.

However, a deeper look under the hood reveals a number of significant improvements for their flagship Push 2 hardware with recent updates. So let's take a look at some of the new Push-focused features that Ableton's just introduced.

It is now possible to toggle the Global Record button via Push by holding Shift and pressing the Session Record button.

It's a bit astonishing there wasn't a way to activate the Global Record directly via Push 2 before, but using the Shift button as a modifier of the Session Record button is just about as straight-forward as possible. Now you can arm Global Recording for committing full Session jams into the Arrange view, or just for adding automation passes.

‘Mute', 'Solo' and 'Stop Clip' can be locked by holding the respective button. This enables muting tracks, bypassing devices, soloing tracks and stopping Clips with one single button press. To select tracks and devices even while locked mute/solo/stop mode is active, it is now necessary to hold the select button.

The default momentary hold Mute/Solo/Stop Clip display button functionality of Push 2, in stark contrast to the first Push's dedicated approach, was a major complaint that has finally been addressed with this improvement. Simply press and hold the Mute, Solo, or Stop Clip button to assign the full bottom row of display buttons to the corresponding function for all tracks simultaneously. Tap the same Mute/Solo/Stop Clip button again to return to normal display button functionality.

Scales mode can now act as a momentary toggle if held. Furthermore, it is now possible to browse Scales also with the up/down and left/right arrows.

This means you can quickly pop into Scale mode, switch your Scale and/or Key, and pop back out again to whatever mode you were using previously by simply holding the Scale button down while you make your changes—couldn't be easier.

When an empty drum pad is selected, 'Add Device' will work like the 'Browse' button, thus it will not prompt the user to swap the entire Drum Rack anymore but rather will enable to load a device or sample inside the pad.

This in particular is a godsend for Push 2 users looking to swap individual drum sounds via Push, rather than exchanging the entire kit wholesale. Just make sure the desired drum rack pad is selected before you punch the 'Add Device' button.

In Drum Racks, it is now possible to transpose the note played by a pad on Push 2.

In any default Drum Rack, any selected pad's transposition in semitones is available for rotary encoder control right off the bat—along with, for some reason, the pad's Choke group assignment.

On Push 2, playing clips now pulse in their assigned clip color, instead of green. Recording clips pulse between clip color and red. In Mix mode, the track meters now change in color to reflect the state of the track routing / monitoring, as they do in Live on Push 2.

This is a fairly straightforward improvement to give stronger visual feedback in Session mode and provide a better grip on currently playing (or recording) clips: rather than strictly pulsing green to denote playback or pulsing red to denote active recording, the pulse color alternates between standby clip color and active clip state. Thankfully, the blue meter color when routing to Sends Only, or the greyed out meter of a muted track, are now reflected in Push 2's Mix Mode as well.

Improved the waveform zooming behavior on Push 2 for both Simpler and audio Clip mode. The zoom level is now represented graphically, whereas before a numeric value was used. Waveform updates are faster when switching between different Simpler instances.

In both Simpler and audio Clips, the zoom control is both smoother and more detailed—and rather than being represented by an arcane number, the zoom amount is reflected by a corresponding selection of a miniature symbol of the selected audio duration appearing in the upper left of the Push 2 display.

In a context of hotswapping presets, the "Load" feature in the Push 2 browser is set by default on "Load Next". In the former case, all drum pads will start pulsing white as long as the browser is open, whereas for hot-swapping a single pad, that pad is pulsing. Added a "Load previous" in the Push 2 browser. It is now possible to load a device faster from Push 2, without needing to enter its folder.

Hotswapping via Push 2 just got a whole lot easier. With a Drum Rack pad selected, hitting the Browse button instantly opens the folder most relevant to that drum type—for example, Live's Kick folder if a Kick pad is selected. The Load button in the lower right replaces the pad with the selected sample or instrument, after which Load Next loads the next available replacement, while above that, Load Previous loads the option above—though not necessarily the option that was actually loaded in before.

It is now possible to use "Warp as x bars" also while the sample is not warped yet.

This allows you to both Warp a sample and specify its length with a single action—a valuable time-saver compared to Warping first and setting the length afterward. 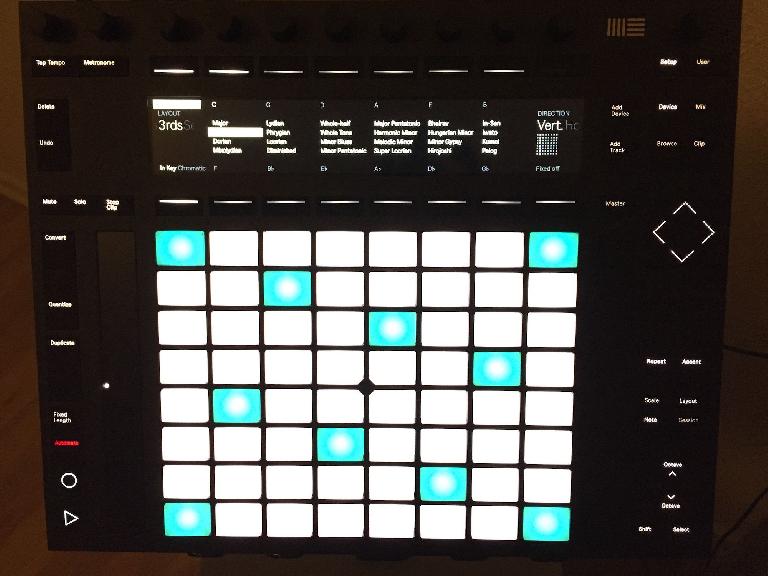 Scale Layouts are now available for Push 2 as well. Furthermore, the 'Sequent^' and 'Sequent>' Scale Layouts have been improved.

Not only can you play your scales Vertically, as before, but they can also be arranged on the pads Horizontally via the upper right encoder in Scale mode, for a whole different set of harmonic relationships and creative possibilities. In addition, you can use the upper left encoder to restrict the scale to 3rds for a more narrow set of melodic results, or play the scales in Sequencer mode, with all octaves of the available scale laid out per row—or column, if in you're in Horizontal mode—to easily play melodies spanning multiple octaves simultaneously. 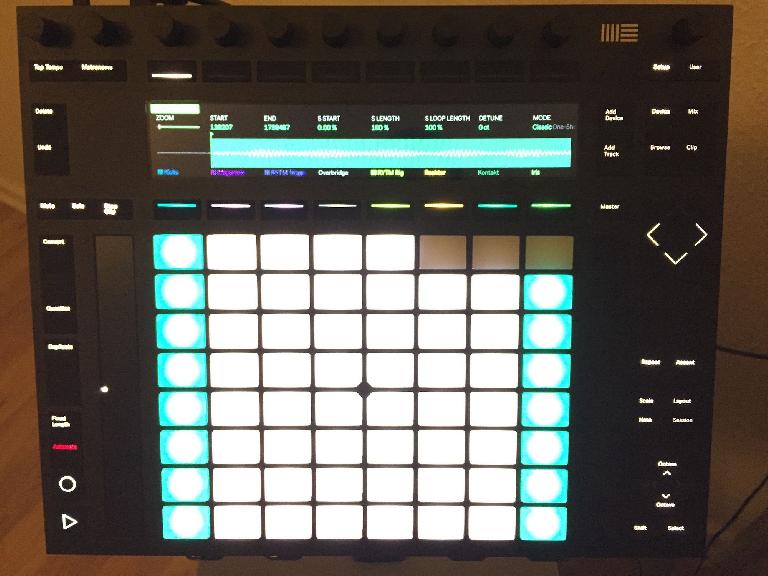 Not only have these enhancements been lurking under the hood since your last update, but we can expect much more to come with subsequent incremental releases. The moral of the story? Always investigate Live's release notes for hidden gems.

Learn more about Push 2 in The AskAudio Academy here.