Language
Ever wished you could trigger and mess with samples without having to dive into a complex editor? With Cubase 9 and the new Sampler track, you can!

Although Cubase has had great sample editing capabilities for some time, the new Sampler Track really takes things to the next level, bringing sample manipulation to the heart of your workflow instead of requiring separate plugins or windows. And being Cubase, it meshes seamlessly with some of Steinberg’s bundled instruments to take the hassle out of turning samples into playable instruments. Let’s have a look at how it works.

The new multi-section window layout for the Project window makes life easier since there are fewer floating windows to deal with. The Sampler Track lives in the lower part of the window so if you choose Project > Add Track > Sampler you will see it appear at the base of the Project window. 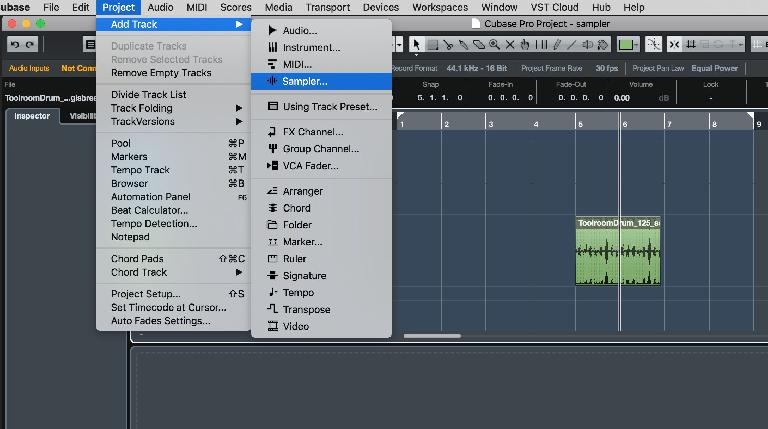 Think of the Sampler as basically like a dedicated software sampler plugin instrument, but built directly into Cubase rather than running as a VST instrument. Take any audio clip from your project or the desktop and drop it into the Sampler and you will see a bunch of controls appear along with a waveform view of the sample itself. Remember that the Sample Editor and Sampler Control windows, despite showing similar waveform views, are different. You can check which one you’re viewing using the tabs along the base of the window.

You will find that the sample responds to keys on your MIDI keyboard and each note will trigger the sample to start playing at a different pitch, just like early hardware samplers behaved. The Sampler track is MIDI-triggered and MIDI events will trigger sample playback at different pitches so you can record a MIDI part into it – being sure to mute the original audio track for now – and sequence the new part. A typical example of this would be to quickly trigger a vocal clip at different pitches and record the results. You can hold more than one note at the same time to retrigger the sample multiple times at once. 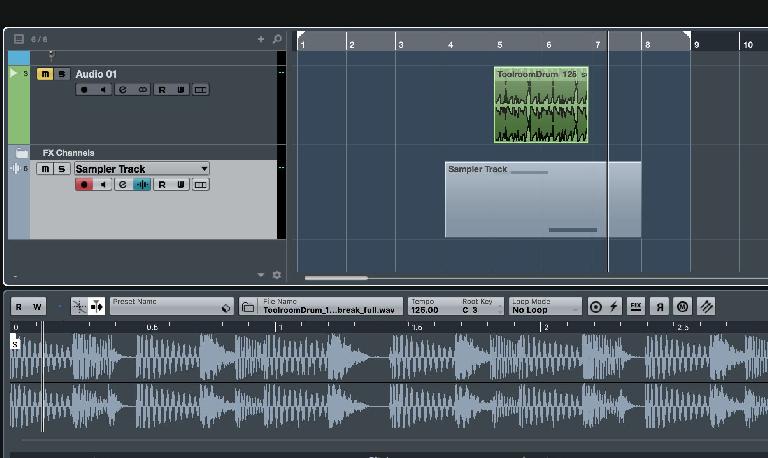 In some cases you won’t want to re-pitch the sample on the fly but rather trigger it using middle C, which maintains its original tempo. However you can use the Pitch section in the Sampler to change its root tuning even when played using middle C. Hit the Envelope button above this section to reveal a Pitch Envelope editor, which is useful for making fine adjustments. These are also available for the Filter and Amp sections.

By clicking  the power button on the AudioWarp section to the left hand side you can force the sample to conform to the project’s tempo without having to go into the Sample Editor window as you used to have to do (although this option still remains of course). Select Tempo from the Sync menu here and your clip will automatically sync to the project tempo, even if project tempo changes. Now, using different MIDI keys will change the pitch but not the speed of the clip which is very handy for sync purposes. 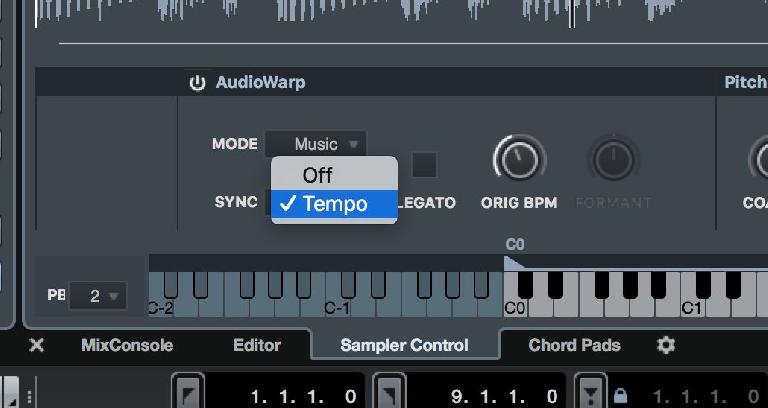 If you want to fix the sample’s pitch to its original pitch and thus avoid any potential tuning issues you can do this by simply hitting the Fix button on the Sampler toolbar. There are some other handy controls here too including loop mode, root key, reverse and monophonic mode which means the sampler will only respond to one MIDI note at a time, useful for avoiding accidental retriggering.

So far we have seen how to change pitch and tempo and also how to quickly trigger samples in a project as though you were playing a dedicated sampler – which of course you pretty much are. But what if you need more options? Cubase comes with Groove Agent (the version depends on your flavour of Cubase) and you can fire the sample directly into it by using the small button marked with arrows at the right edge of the toolbar. If you select this, Cubase creates an instance of the instrument and a track for it in the sequencer. Now, you can take advantage of all its tools. 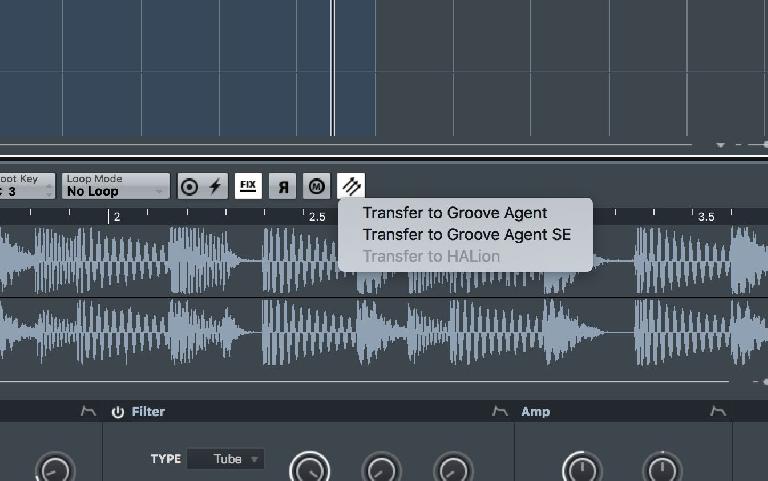 8. Slice up to make an instrument

Initially the clip will be placed onto one pad but if you go to the Edit > Slice section you can tell Groove Agent to slice it up across multiple pads and what you end up with a sample analysed based on its transients and then sliced across as many pads as are needed. In the case of beats this is particularly cool because it usually makes a decent job of separating each hit onto a separate pad, creating a whole sampled instrument for you. In the case of less transient-heavy material you can use Groove Agent’s slice markers to manually adjust the position of the slices to customise the instrument and the way it responds when you play it. 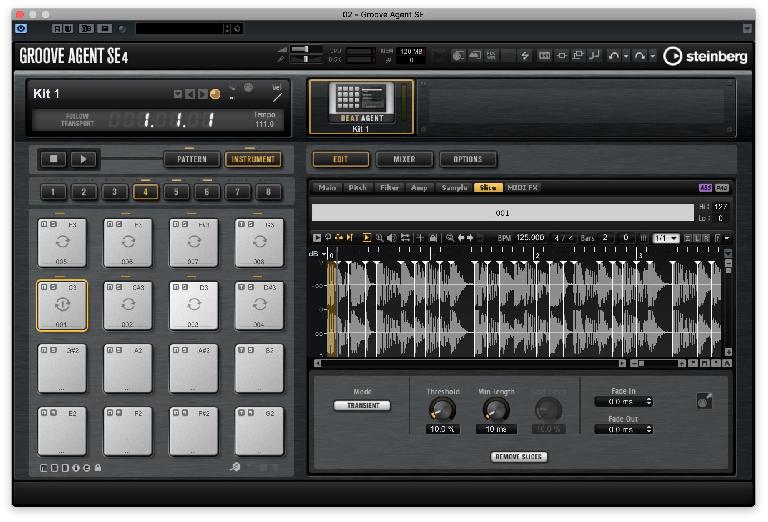 Of course you can have as many Sampler tracks as you like, with each one controlling the triggering of a specific audio clip from the project. In this example I have a couple of loops and then the Sampler track assigned to each loop has a different MIDI pattern recorded on it, so each clip is being triggered in a different way. Remember that you can mute the original audio tracks so as not to hear full playback of the clip, only the pattern you have recorded in MIDI. 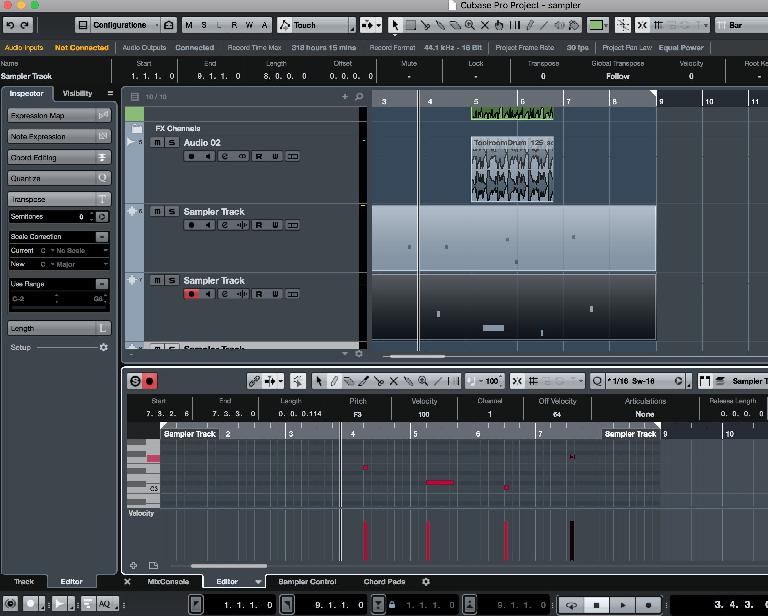 The Sampler track routes audio into the mixer separately so every Sampler track in a project behaves as a regular audio track would do. You can add insert effects and EQ and automate just as you would a regular track, group them, attach VCA faders and so on. The Sampler track is a great way to quickly trigger and manipluate audio clips and if you need more tools you can just transfer them over to Groove Agent with one click. For waveform-level editing and advanced tools, the Sample Editor section is still present and as powerful as ever.

Learn more about the new features in Cubase 9 in the Ask Audio Academy here.