Reverb is a staple of music production, but how much do you really know about the different types? This handy guide will help you sort your chambers from your plates...

Did you ever open up the presets on a reverb plug-in and see a bunch of folders like Chambers, Halls, Plates, Rooms, Springs and such? Well, each of those categories contains different types of reverb settings - some based on naturally occurring sounds, and some not. Let’s take a look at a few of them and hear them on a guitar track

Chambers, sometimes called Echo or Reverb chambers, originated in the 1950s in early recording studios. What the engineers would do was to take a speaker and place it into a small room, or chamber, and then place a microphone in there with it. Feeding the speaker was any audio from the session, which they would then record with microphone and use it in the mix.

The size and makeup of the chamber would then dictate the sound that was achieved. For example, tile would be bright and clean, carpet would be darker and warmer, cement would be somewhere in between. A smaller chamber would have less depth than a bigger one and if you moved the mic farther from the speaker, it would sound more distant. Phil Spector, the Beatles at Abbey Road, Motown, The Beach Boys and Frank Sinatra among countless others all used chambers to great effect. Chambers are a naturally occurring sound because you’re using the space to create - space! Each type of reverb plug-in will emulate chambers differently, so you have to listen the presets and adjust as needed. 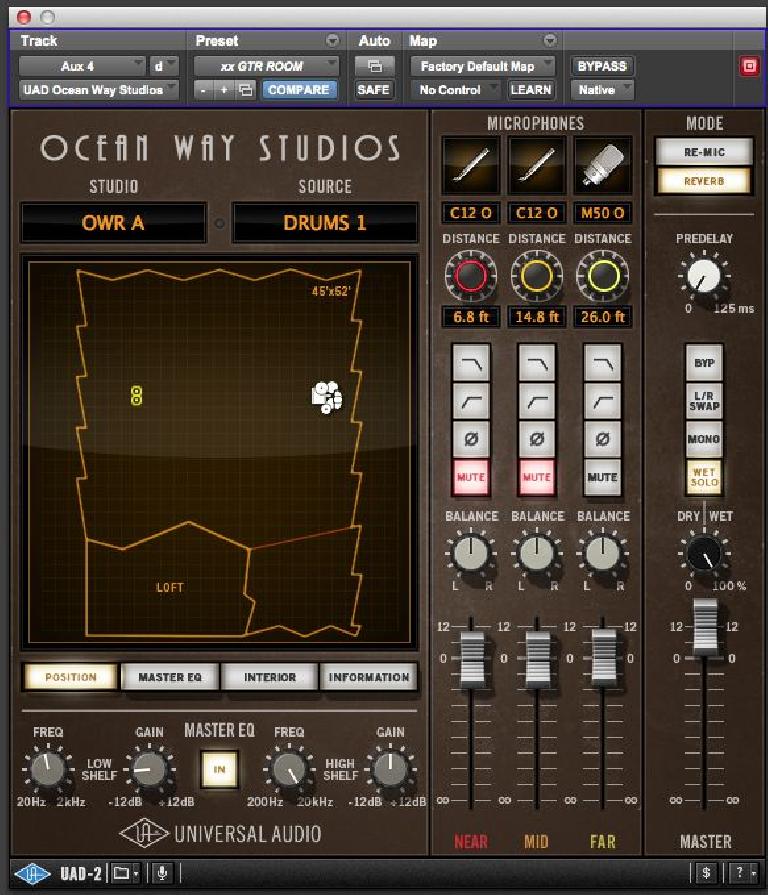 Rooms are another naturally occurring reverb sound. They attempt to emulate the sound of a small acoustic space similar to a room. Think about the sound of your voice in a wooden room or a tiled room or a room with lots of carpet and furniture. Or one with high ceilings or low ceilings. There will be shorter or longer reflections coming back at you from those walls and from the ceiling. Some reverbs, such as the Universal Audio Ocean Way Studios, let you change the mic positions, distance and types of mics to get a classic room sound. Or the UA DreamVerb Room Modeler lets you change the shape and materials, as well as the resonance, reflections and reverb time.

Halls try to replicate the sound of classic concert halls. Some may be much larger than others, and they tend to sound best on things like strings and pads. LIke the room above, think about your voice in a concert hall. The reverb time can be anywhere from over a second to 4 seconds or more. I like the Sonnox Reverb Halls because they are clean and clear and you can customize the sound using the built in EQ. 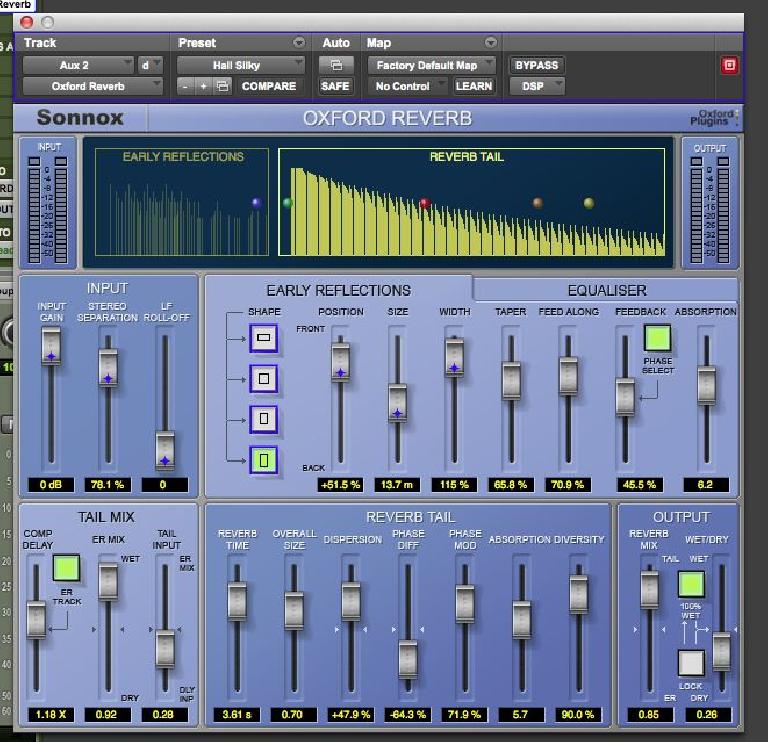 Plates were some of the first types of artificial reverb, unlike the chambers, rooms and halls which are based on real acoustic spaces. They first appeared in the 50’s and simply used vibrations to stimulate a large sheet of metal and a pickup to capture the sound. One of the legendary plates is the EMT 140, which first appeared in studios in 1957.

The Waves Abbey Road Reverb Plates is a great plug-in for plate usage, as they accurately modeled the four classic plates from Abbey Road Studios

Spring reverbs worked like plates, with a transducer and a pickup, except instead of metal they used springs like those in guitar amps. Think about when you pick up and amp and drop it (gently!). You hear the springs vibrate and this massive explosion of spring sound comes out of the speaker. With a reverb plug-in, you’re getting the bright clean sound of a spring, but all within the world of software. Altiverb has some great spring reverbs which I tend to use on dry plug-in amp simulators to bring that sense of using the real thing. 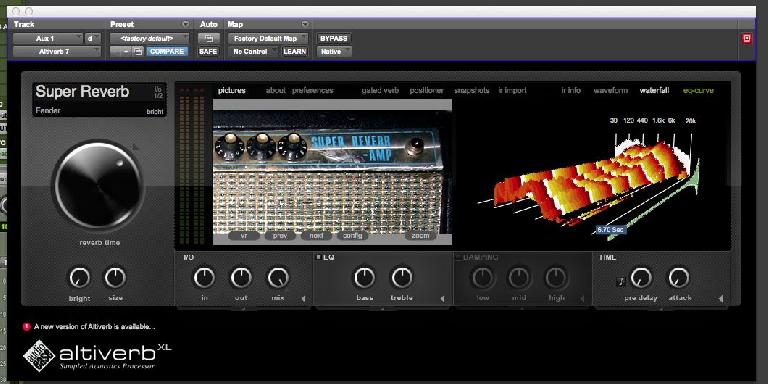 One thing that should be noted is the difference between convolution reverbs and those that use algorithms. Convolution reverbs such as Audio Ease Altiverb, Waves, IR1 and East West Spaces use impulse responses (IRs) of real spaces to ‘capture’ the reverb. So when using a hall for example, you’re actually using the recording of a hall. All other reverbs rely on mathematical algorithms to create the various spaces. One of the benefits of those is they are highly flexible in the ability to tweak and control the parameters, allowing you to easily customize them.

No Right Or Wrong

There is no right or wrong answer to which sounds best but it is good to understand the sonic differences between each to help you make production decisions. Generally speaking, bigger sounds and reverb times fit better in tracks that have more sonic space to breathe, where halls and plates might work best. If your tracks are busy, shorter times with things like rooms and small chambers may work better. Springs can be bright and clean, and sound good on snares and guitars. Voice could work great in all of them, depending on what your production needs. The benefit of having all these settings available in a plug-in is that you can quickly run through those presets and see what sounds best.

Interested in delay exploring delay and reverb more in-depth? Check out this excellent course in the Audio Concetps series from Joe Albano.