Language
Here's a native audio plug-in from Eventide and Tony Visconti that emulates the room sound of the vocal effect of Heroes by David Bowie. And it sounds just like the original Hansa studio!

Little Ferry, NJ— April 11, 2016—Today Eventide announced the release of an innovative, new reverb plug-in, Tverb, which was developed in collaboration with legendary producer, engineer and musician, Tony Visconti. A faithful recreation of Tony Visconti's three microphone technique used with David Bowie on "Heroes" at Hansa Studios, Berlin. Eventide takes this concept to the next level. With the Tverb plugin you can run your tracks through this legendary room with one close mic and two movable stereo room mics with control over the response characteristics of the room.

“One of the challenges was designing reverbs that captured the rich ambience of the Meistersaal and yet were efficient, ensuring that the plug-in would run native without burdening the DAW’s CPU”, commented Eventide’s Tony Agnello. “The reverbs were also designed to allow the two far microphones to be moved in real-time without introducing any audio artifacts. We admit that we’re having a bit fun with this cool feature.” 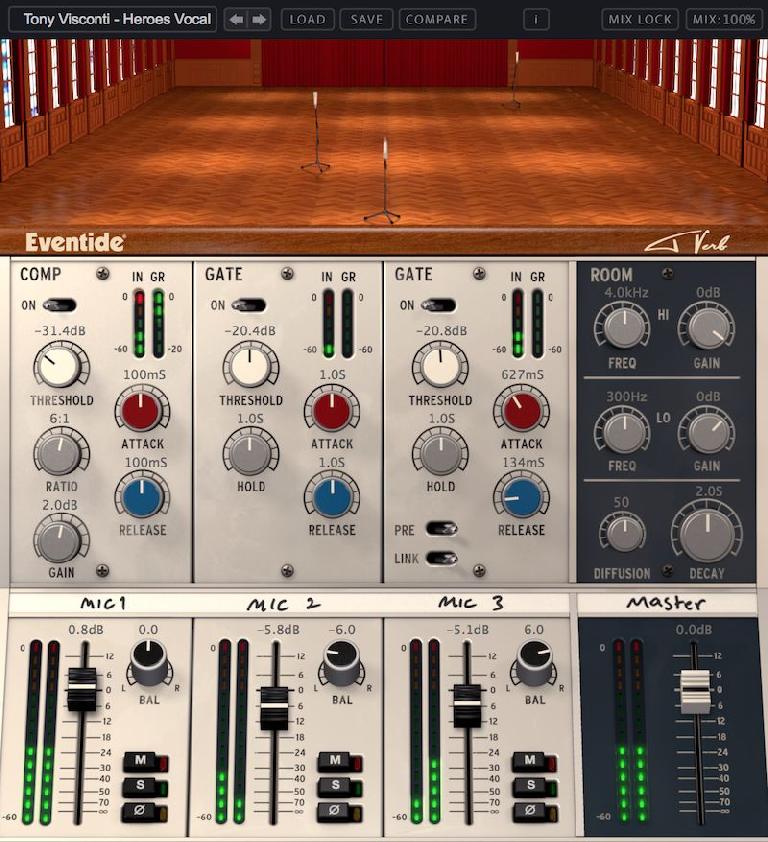 "I have plug-ins that emulate rooms but this concept, to have the set-up all on one page, I never thought it was possible” commented Tony Visconti, adding “The 3 microphones are correct, the room is correct, and now that it's in stereo, you're actually hearing something that I never got around to doing when I was in Berlin. It's just great. "

Tverb is available for AU, VST and AAX for Mac and PC at a special introductory price of $149 until May 31st, 2016 (MSRP $249).  It is also part of Eventide’s Ensemble subscription bundle which allows users to subscribe to every Eventide plug-in on a monthly or annual basis.

AU, VST and AAX for Mac and PC. No iLok dongle required.