Little Ferry, NJ, April 13, 2021 – Joining Blackhole® and MicroPitch as the third member of the dot9 pedal family, Eventide Audio’s new UltraTap is a unique multi-tap delay pedal that delivers rhythmic delays, glitchy reverbs, huge pad-like volume swells, and expressive modulated effects in a compact form. The dot9 UltraTap is the result of forty years of development that began in 1981 with Eventide’s Digiplex and Multitap Delay algorithms for its legendary SP2016 Effects Processor, which evolved to become the H3000’s UltraTap, now culminating in the advanced UltraTap, available as both a plugin and H9 algorithm. The new UltraTap pedal further builds on this legendary effect, offering the ability to add as many virtual tape heads as desired, along with the ability to expressively control head position and output level (thereby enabling new and unprecedented effects). 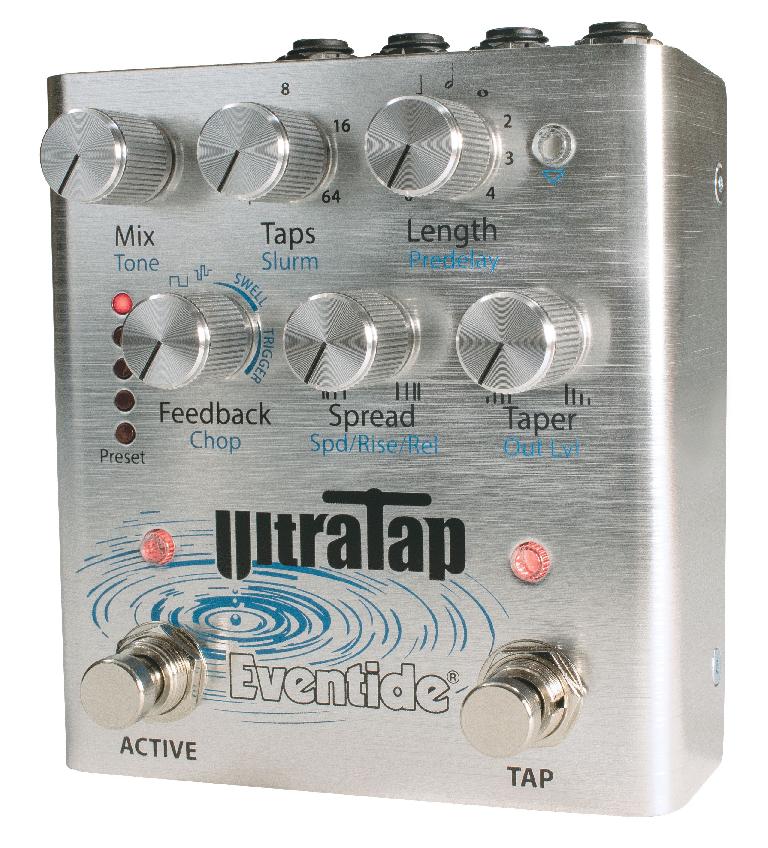 The compact top panel offers direct control of twelve parameters to create simple repeats or morph delays into chorus and reverb. The pedal’s Spread function controls the effective distance between up to 64 Taps, morphing from closely spaced at the beginning of the delays, to evenly spaced, then closely spaced at the end of the delays, letting a player dial-in song-specific rhythmic spaces between taps. The Taper function controls the level of subsequent Taps, either fading them up, down or constant over time. The exclusive and innovative Slurm control can smear or slur Taps together to produce unique reverbs and choruses. The Chop and Speed/Rise/Release controls work together to allow unusual and expressive amplitude modulation of Taps to chop a sound source into stuttered rhythms.

UltraTap demonstration videos are available at:

Five presets can be accessed directly from the pedal using the Active and Tap footswitches, with up to 127 in total stored under the hood and accessible via MIDI or the Eventide Device Manager application (EDM). These two footswitches allow full performance control of Active (momentary or latching), Tap Tempo and Preset selection and loading.

On the rear panel, the multi-function Exp jack allows for the connection of an expression pedal, an external single Aux switch or a triple Aux switch for easy preset changing (up/down/load), as well as MIDI over TRS capabilities. Multiple bypass options are available – Buffered, Relay, DSP+FX or Kill Dry. The rear panel USB jack provides a connection to a computer for use with EDM, software updates, and MIDI over USB control. The Guitar/Line Level switch allows level-matching with guitars, synths, FX loops or DAW interfaces. The rugged, gig-ready silver UltraTap pedal also features mono/stereo ins and outs. 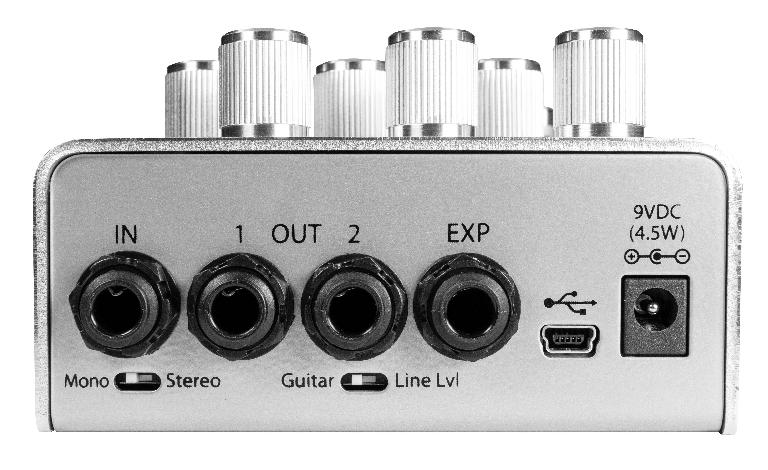 The UltraTap pedal is available for $279 (MSRP) from Eventide dealers worldwide. To learn more, visit https://etide.io/UltraTap-pedal.