Backing up '" some of us are better at remembering than others, but there's always more to learn about keeping data safe. Here's a handy guide to backing up your Mac, PC or mobile device.
Learn more about improving your productivity with thousands of video courses in the Ask.Audio Academy.

With so much of our data stored on computers and increasingly on phones and tablets, it’s more important than ever to back up regularly. Software companies have done a huge amount in recent years to make this process more automatic for users – iCloud, Google Drive and MS OneDrive being the most obvious examples – but those working with music and video files have additional needs. So what we’re going to look at is not an exhaustive comparison of one bunch of apps or services versus another, but at the techniques you need to know to keep your data secure.

Since OS X 10.5, Mac users have been able to use Time Machine to automatically back up their entire hard drive, with incremental backups meaning only files changed since the last backup get copied over. On the whole this works seamlessly, and Time Machine now supports multiple drives, so you can maintain more than one copy of the same hard drive. Backing up wirelessly to a NAS drive is a good idea if you can, and since it doesn’t involve connecting any cables, you’re more likely to just leave auto backup switched on whenever you’re in the house. 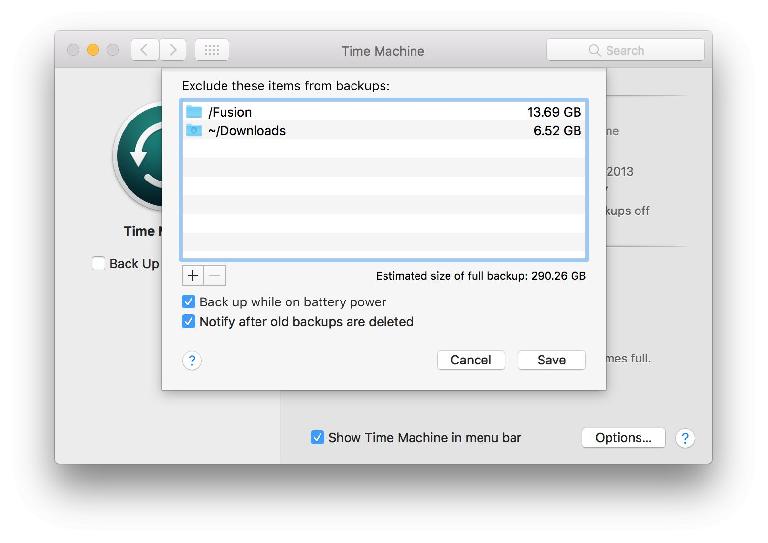 In the Time Machine preference pane you can choose to omit specific files or folders which is very useful for things like temporary locations for large audio or video files. Quarantine these from backup so they don’t swamp your backup drive, then manually back them up to multiple external drives if necessary. By default, OS X maintains a full system backup that can be restored in its entirety, or alternatively you can just restore the files you need.

Like the Mac, Windows has its own backup system, built into the operating system itself. This one however works by automatically backing up your user data, or a full system backup image (with system snapshots) but it can’t do incremental backups, which maintain a working copy of the entire system. For that you need a third party application such as one of the following...

...which will provide more fine-grained control over backups. It’s not clear why Microsoft limits its own backup tools like this, but it is slightly mystifying. With any desktop computer you can of course drag and drop entire folders of data like audio projects or video files onto external drives to back up manually.

We’re talking here not about iCloud or Google Drive, but dedicated backup services designed to provide serious off-site storage for large amounts of files. These are often tailored more towards businesses, but can be of interest to other types of users as well. They often come with a companion app you can install to upload and download files, and they offer very large amounts of cloud storage space – for a price of course. Still, it’s not unusual to find 1-5TB of space for a reasonable price. 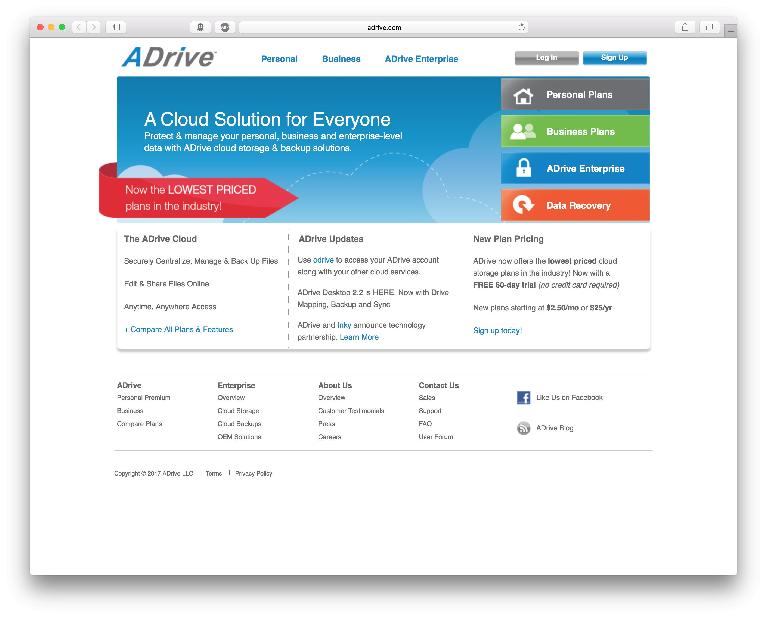 While HD video takes up a huge amount of space, HD audio by comparison is relatively small – maybe a few GB per project rather than a few hundred GB. Services like http://www.adrive.com, SugarSync or Mega can be a good way to securely store all your valuable data offsite and access it from anywhere. The only major issue you’ll run into is upload speeds. ISPs almost always throttle upload speeds to around 10% of download speeds, so transferring several GB of files will take a while and can be something best left to run overnight. 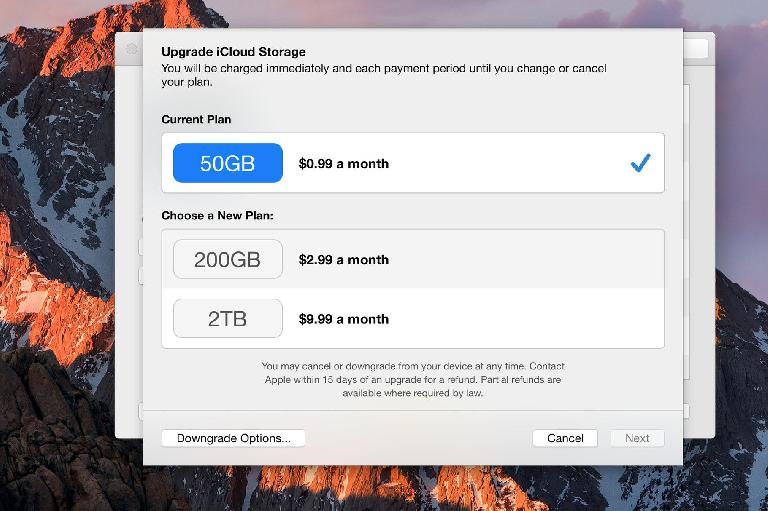 iPads and iPhones are tied to your Apple ID, which provides you with 5GB of iCloud storage, fairly cheapy expanded – 2TB is just $9.99/month. While your devices will automatically back up your user data, more interesting is the iCloud Drive app, and the new Files app coming in iOS 11. Accessible from your iOS and Mac devices, iCloud Drive will act as a central hub for all your stuff. With an upgrade to 200GB or more, you’re into territory where you can copy all your audio projects to the cloud for backup without worrying too much. Just remember to copy rather than dragging and dropping, as OS X currently moves the data rather than duplicating it – which isn’t very helpful.

Most iOS apps and Logic and GarageBand on the desktop have integrated iCloud export and sometimes import options, so this will only improve over time. It’s also worth remembering that when you have an app set to back up to iCloud, that won’t necessarily back up your files within that app (sometimes it only does the settings). So if you have important recordings, back them up manually too. 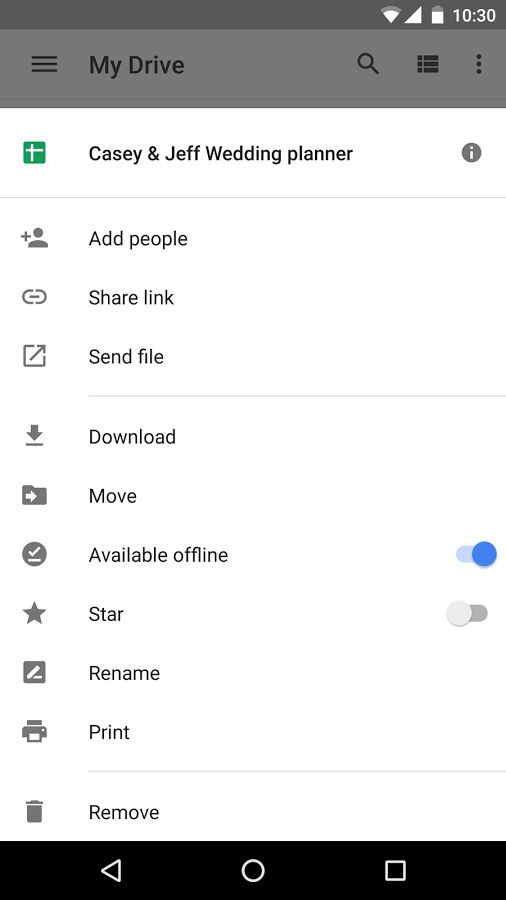 Just like iCloud for Apple, so Android users get integrated backup access to Google Drive, including an app and the ability to copy files from their devices straight to it. With the Drive app on your Mac or PC you can fire data back and forth pretty easily. The standard allocation is 15GB but you can have 1TB for $9.99 a month which is probably more than enough for most users. 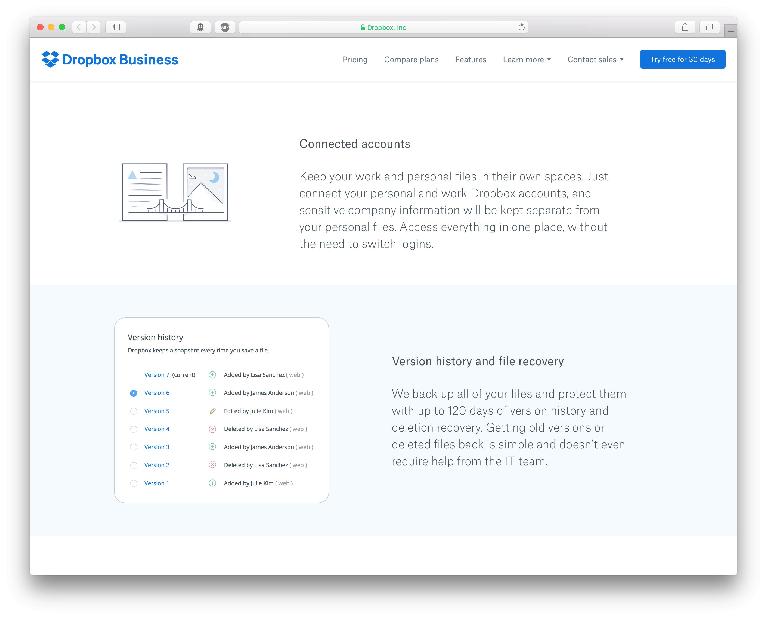 Of course the big hitters aren’t the only ones providing cloud services. As well as Google Drive, iCloud Drive and MS OneDrive there are also options like Box, Dropbox and Mega, all slick cross-platform services that work on the desktop and mobile devices, and have companion apps for things like Watch Folders, so you can auto-backup anything that gets placed into those folders. These tend to be slightly more expensive than the really big companies’ offerings (who subsidise them to get you to buy their hardware) but if you need to back up across different platforms, a solution not owned by one side or the other can sometimes be a good idea. These services don’t work quite like, say, Time Machine, and there’s always the upload speed issue. But Dropbox for example allows file version history and automatic sync of files to all devices regardless of platform. For some users backing up media files, that will be really useful.

Learn more about improving your productivity with thousands of video courses in the Ask.Audio Academy.

Tom
Sofware developers have been using collaborative source control for a very long time, producers should really get with this idea. With services like Splice.com offering unlimited disk space, collaboration and commenting, download any version of your project that you saved and a bounce attached to each version if you so choose. So just keep the latest version on your HD and its history in the cloud. Very simple.