Language
To celebrate Bob Moog's 80th birthday, synth legend Erik Norlander joined by his band, The Galactic Collective, gave a tribute concert to the one and only, Dr. Bob!

Asheville, NC - May 2014...  Synthesizer pioneer Bob Moog's upcoming 80th birthday was commemorated in grand fashion on May 8th with a "Tribute to Dr. Bob" concert by virtuoso synthesist Erik Norlander and his band The Galactic Collective to benefit the Bob Moog Foundation. 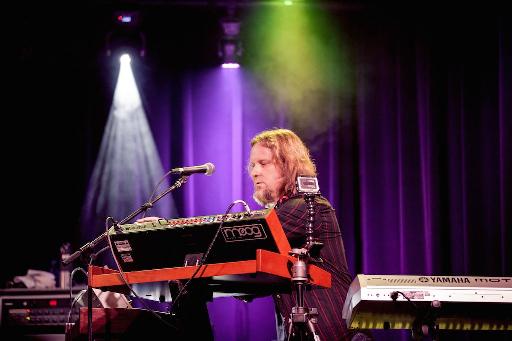 "The convergence of the Moog modular, the Minimoog, and the Moog Apollo in one performance is nearly unprecedented," notes Michelle Moog-Koussa, executive director of the Bob Moog Foundation. "Not since Keith Emerson toured with a prototype Apollo in the early '70s have they been heard together in live performance, making this "Tribute to Dr. Bob" concert a truly historic occasion."

The 1967 R. A. Moog Co. modular is an iconic synthesizer on permanent loan from the University of North Carolina at Greensboro. It was built for the first electronic music studio in the state, and hand delivered by Bob Moog.

The 1973 Minimoog was donated to the Foundation by Asheville composer and arranger Tom Coppola, who used it to record the signature three-note "Duracell sound", among many other commercial and musical applications. The Minimoog was the first mass-produced commercially available synthesizer that the working musician could afford. It is considered by many to be the most iconic synthesizer of all times.

Norlander used the Foundation's Minimoog and modular for giant bass sweeps and drones, adding weight and atmosphere to his tracks, "Arrival," "Sky Full of Stars" and "The Dark Water."

The priceless Moog Apollo is one of the few of its kind in the world. This 1973 instrument, newly and fully restored by the Bob Moog Foundation, served as a prototype for the production model Polymoog. The Apollo is one of the earliest polyphonic synths, synthesizers that could play more than one note at a time.

Norlander brought the Apollo alive in a stunning solo during his signature piece, "Dreamcurrents," using the harpsichord program to conjure the early days of polysynth performance art with classic, vintage tones. He reprised the harpsichord again in the waltz section of "After the Revolution," normally played on acoustic piano. Norlander later employed famous "Vox Humana" program in his bombastic choral opening of "Neurosaur" and used the Apollo soft analog brass sound for his gentler introductory theme on "Fanfare for Absent Friends." 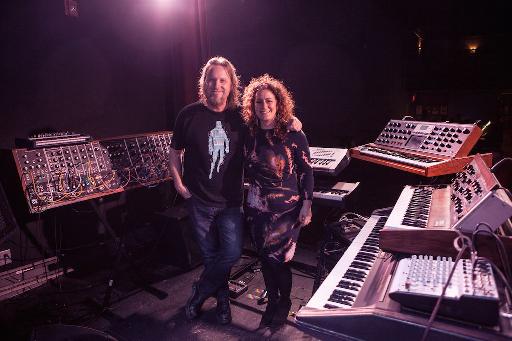 "Bob Moog brought a new voice to the musical landscape, and our musical vernacular would be very different without his enduring contribution," Norlander remarked. "The name 'Moog' is synonymous with art, science and innovation, and as a keyboardist and synthesist, I can think of no greater tribute than using Bob's timeless inventions as the core instruments in my own craft."

Drew Heller, guitarist for the African fusion band Toubab Krewe, opened the show for the Galactic Collective, joined by his father, Grammy award winning producer/composer Steven Heller. Bob Moog had a close musical relationship with Toubab Krewe; Steven Heller was long-time friend and musical collaborator. Their acoustic set was marked by stories about Moog's generosity, fearless pursuit of the unknown, and his sense of humor.