The awesome Endless Studio has now launched a MacOS app and plugin so you can integrate your DAW studio workflow, MIDI setup and synth setups seamlessly. The focus is on quick music making.

Endlesss Studio will be publicly available to purchase on Wednesday, December 16, 2020 at 4pm from Endlesss.fm

Endlesss is a powerful cloud-connected multi-track looper with a large collection of performance instruments and FX. It keeps music makers in fast-moving idea development to provide a lightning-fast creative flow. Since its launch in spring 2020, the Endlesss iOS app has been used by a long list of notable creators including Grammy-winning singer/songwriter Imogen Heap, electronica giants Underworld, Kevin Drew from indie-rockers Broken Social Scene and US comedian Hannibal Buress.

Watch how to build a track in 3 minutes on mobile, laptop and desktop:

Endlesss Studio integrates seamlessly with the iOS app to enable instant handoff of the track-building flow between mobile and desktop, allowing multiple collaborators to contribute live from anywhere in the world with an instrument or their voice, hardware or software, on smart-phone or in a high-end studio.

“Studio is Endlesss’s next step in building a home for creative musical culture where creators of every skill level can connect, learn and build communities around creativity,” explains Tim Exile, musician and Endlesss CEO and founder. “As the lines between artist and fan erode, Endlesss is building an ecosystem where anyone can forge their own creative path. Whether that path leads to a tight-knit community of like-minded friends or rising to the top of the Billboard charts, Endlesss aims to put purpose and culture at the heart of music-making.”

Development of Endlesss Studio was funded by backers of their Kickstarter campaign which ran during the month of June this year. Endlesss raised £141k, becoming the 7th most-funded software campaign in the history of Kickstarter. The launch of Endlesss Studio comes months ahead of the timeline promised to their backer community, marking it as one of the few Kickstarter projects to be delivered ahead of schedule. 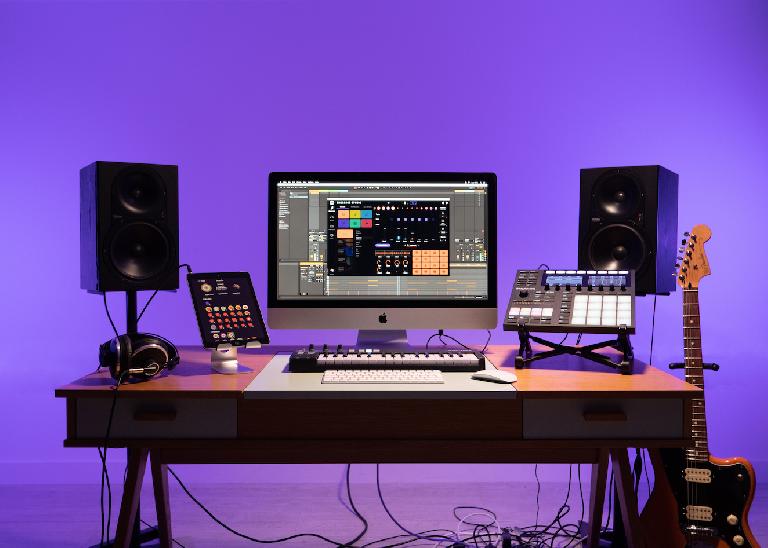 Endlesss was founded in 2017 by musician and technologist Tim Exile. Tim’s musical journey began at age 4 learning the violin. As he progressed into electronic music production, he missed the performative nature of playing the violin. He moved on from his successful career as a recording artist to develop tools which brought a performative approach to electronic music creation. Before founding Endlesss, Tim created a number of influential VST plugin products such as The Mouth in partnership with Native Instruments and SLOO (Shed Loads Of Oscillators) under his own brand.