Embertone Unveils One Of A Kind Walker 1955 Steinway Virtual Piano

Choose the lite or full version and you'll get the authentic sound and feel of this rare Steinway inside your computer for a price that's more affordable than you might be expecting.

Virtual instrument sampling specialists Embertone have created some amazing sampled versions of real instruments including various types of wind, string and percussion. Now, it has turned its hand to pianos - more specifically, one very unique piano. The 1955 Steinway D is a meticulous recreation of an individual piano located in a beautiful rural private concert hall in Raleigh, NC designed and owned by John Q. Walker, a brilliant software engineer who pioneered the concept of ‘re-performance’ with a company called Zenph, Inc.

One Of A Kind

Embertone’s virtual piano flagship comes in two flavours — Walker 1955 Steinway D ($99.00 USD) and Walker 1955 Steinway D Lite ($39.00 USD). The former features every pedal combination at 36 velocities per note, together with the option to purchase five additional microphone positions à la carte for $15.00 USD apiece, while the latter offers only sustain and non-pedal samples at 12 velocities per note, without any additional microphone positions. 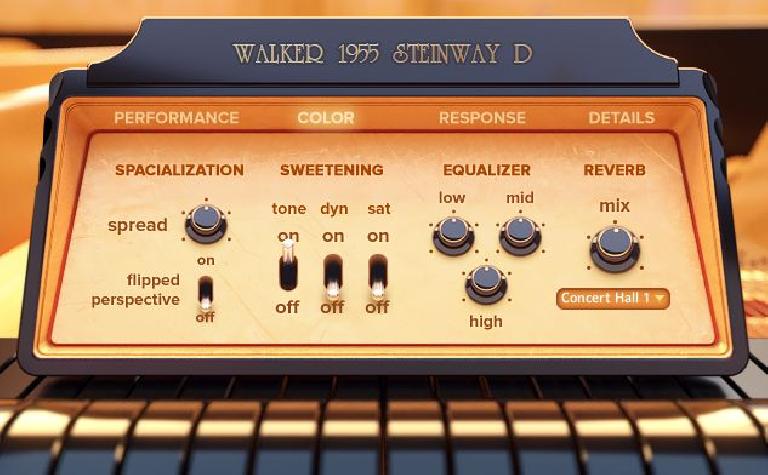 As implied by name, the DEFAULT position is the sample set that ships with both Walker 1955 Steinway D versions, with a stereo pair of AKG C414 XLS microphones placed about a foot above and away from the lip of the piano, pointed inward in an X/Y pattern using the ORTF stereo technique to create an intimate and close sound, so users can hear the subtle mechanical sounds of the instrument, but with plenty of space and air around the recording.

Again, as implied by name, the BINAURAL/PERSPECTIVE position is a perspective stereo recording. This time Embertone recorded with a dummy head — affectionately named Bruce, positioned two feet from the keyboard at the typical player position to create realistic spatialisation, which is especially effective when listening on headphones.

The CLOSE/PERSPECTIVE position is captured with a matched set of spaced omnidirectional Neumann U87 microphones, placed around six inches from the strings to capture the sound stage using the A/B stereo technique, resulting in a warm and detailed, stunning sound. Though the U87s lack the crystal clarity of the DEFAULT’s C414 microphones, they have an indescribable colouration to them that makes the Walker 1955 Steinway D virtual piano a joy to play.

The WIDE/PERSPECTIVE position uses a modified pair of small capsule Oktava MK-012 condenser microphones positioned as an A/B pair in front of/outside the piano, pointing in to capture a wide player perspective.

The HAMMER position was recorded with a matched pair of specialised Superlux S214/U3 cardioid condenser microphones from John Q. Walker’s personal collection. Using the A/B stereo technique, they were placed around a foot above the hammers, pointing down to capture the most intimate and detailed perspective. Embertone collectively considers this to be a favourite for achieving that quiet, cinematic sound sought after by so many in this day and age. 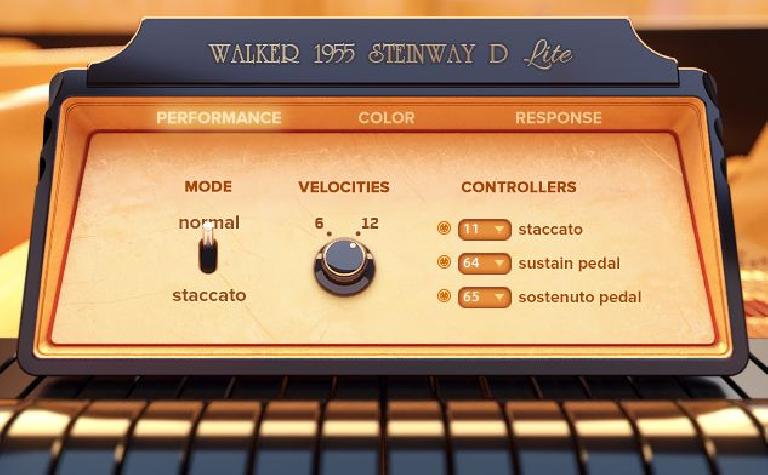 Last but not least, using the A/B stereo technique, the ROOM position was recorded with a pair of small diaphragm Schoeps MK012 microphones positioned six feet away from and eight feet above the piano, pointing at the open lid — the microphone position of choice for anyone seeking a ‘classical’ sound, so Walker 1955 Steinway D users get to hear the lovely room with a beautiful and resonant perspective of the instrument itself.

Learn more about Kontakt and keyboard skills in the Ask.Audio Academy: https://ask.audio/academy?nleloc=new-releases