Language
Headphones that don't touch your visible ear? The future of headphones has seemingly arrived. BatBand uses bone conduction tech to send sound to your inner-ear and you'll look Sci-Fi in the process.

I'm not sure what to focus on first: the Star Trek style headphone design or the equally impressive Sci-Fi approach to how it works. BatBand are not like any headphones you’ve seen before, but they might well be the start of a new ear for personal listening devices. 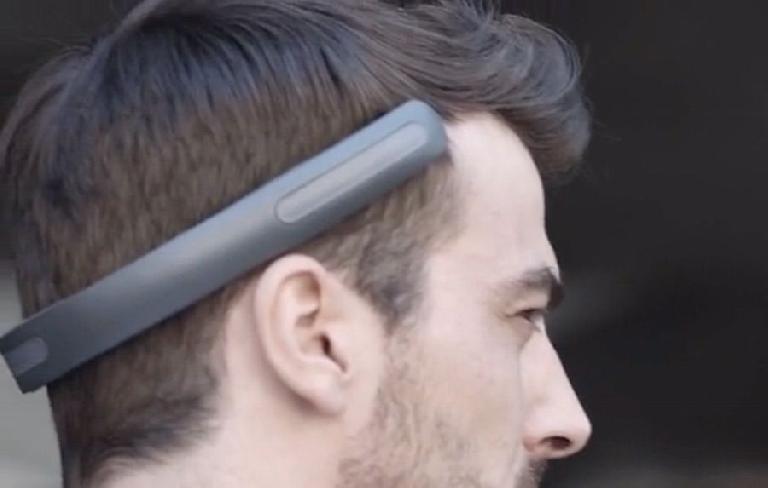 In-ear, over-ear, closed, and open-back headphones have come, been around and conquered our personal listening space. Or have they? BATBAND proposes to transmit high fidelity sound in a very different way “while enabling you to hear twice as much!” And you can look like someone out of the future, or with a hairband that’s slipped from the crown of your head, in the process.

Batband fits around the back of your head. It doesn’t even need to touch your ears. Instead, using bone conduction, Batband sends sound vibrations through your skull bone at a certain frequency into your inner ear. 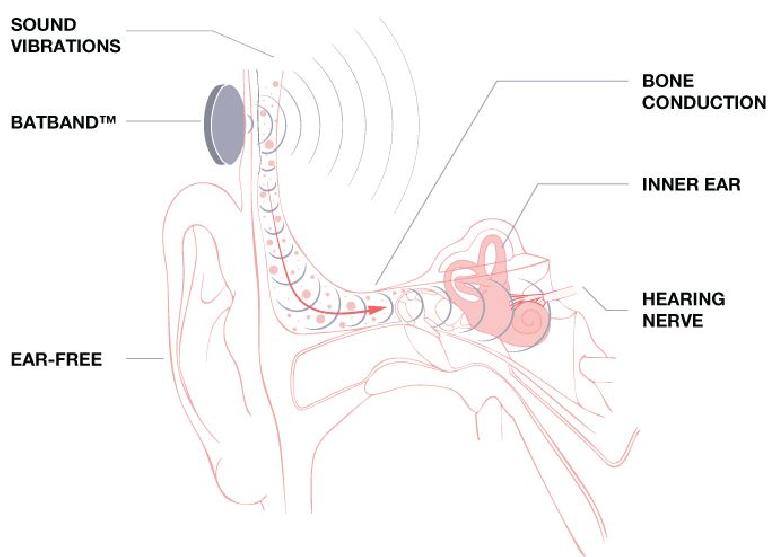 Diagram showing how the skull bone conducts sound from Batband to the inner ear.

They say this results in being able to “hear twice as much, without compromising on comfort, quality or style.” It’s also reported that the sound you receive in your inner ear is almost inaudible to outsiders, and we’re assuming this means your outer ear (you know, the one you normally stick those headphone buds in) remains free to hear external sounds as before.

Already some reservations come to mind. If it’s true that environmental sounds can still be perceived by the outer ear, how exactly are these “mixed” with the Batband sounds reaching your inner ear? Is one more audible than the other? Will there be a sense of disorientation (after all the inner-ear also functions to help maintain our body’s balance). What if you want to block out the noise of the outside world while listening to your favorite music? Does this mean school kids can keep nodding along to the teacher while listening to the latest Taylor Swift single in secret? 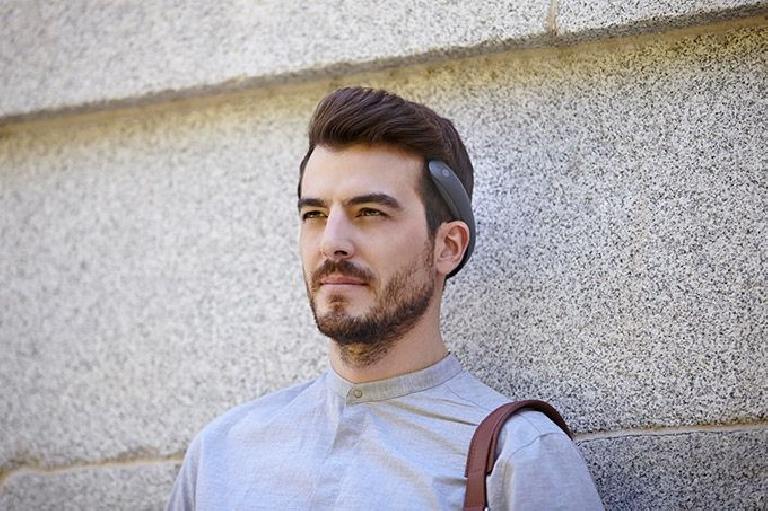 BatBand being modelled by a model. And it certainly looks better than most Bluetooth headsets.

Batband works by pairing with a device over Bluetooth. And with it features two integrated touch sensors which are gesture controlled. For example, you can turn it on, take and end calls, control the volume and slide for previous/next song.

Kickstarter has given Batband a resounding confirmation that we want to listen to music and take phone calls using Batband. At the time of writing, the $150,000 goal has been funded to the tune of $235,530 with 40 days to go.