Dynamic vs. Condenser Microphone Shootout: Which is Better for Voiceovers?

There's a common misconception that the best voiceover microphones are condenser mics. But there are a number of fantastic dynamic mics available too.

With all of the streaming going on nowadays the idea of stepping up your mic game for spoken word has been in the forefront. There are several choices that are pervasive in the industry for voice over, streaming, and radio. These mics are sometimes condenser mics, and they are sometimes broadcast style dynamics. Let’s examine 2 popular mics you can find in many a recording studio, the Shure SM7B (a broadcast dynamic microphone) and the Neumann U87ai (a condenser microphone). Both have pros and cons for voice over application, and doing a deep dive on these staples will help you decide which route to go - condenser or dynamic?

The first test I wanted to put these mics to was simple enough - using them under the conditions they were designed for. I would speak into the mics on axis from a distance of about 3 inches away. The Shure SM7B has an integrated pop filter covering, and the Neumann U87ai  was mounted in its shock mount with a pop filter in front of the mic. 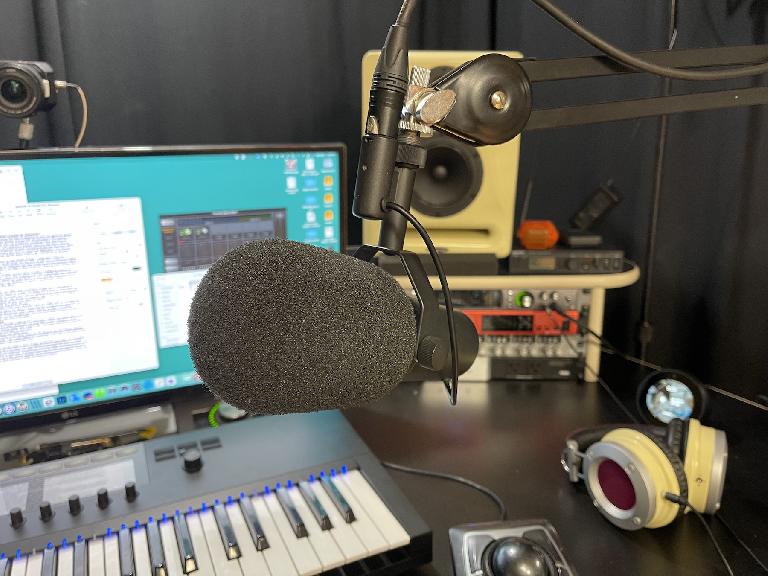 Here are the 2 sound clips:

At first listen, the SM7B sounds a bit fuller, but the U87ai contains a staggering amount of audio detail. From past experience, I know that sculpting a bit with a simple EQ can really bring out the character of that mic. The SM7B has some beef to it, sure, but the U87ai has a whole freaking gourmet meal. If I’m going to be ‘standing up and in a vocal booth’, there’s no question for me, I’d prefer to use the U87ai.

When streaming or doing a video, you often won’t be exactly on axis due to the nature of filming or where the mic might be placed on a desk. My Shure SM7B sits in a Rode boom arm and is pointed generally towards my mouth, but I vary my distance a bit while streaming video, and the mic is slightly to the side so I can appear on camera. I set up the U87ai in a similar way. A bit further back, and slightly off axis. 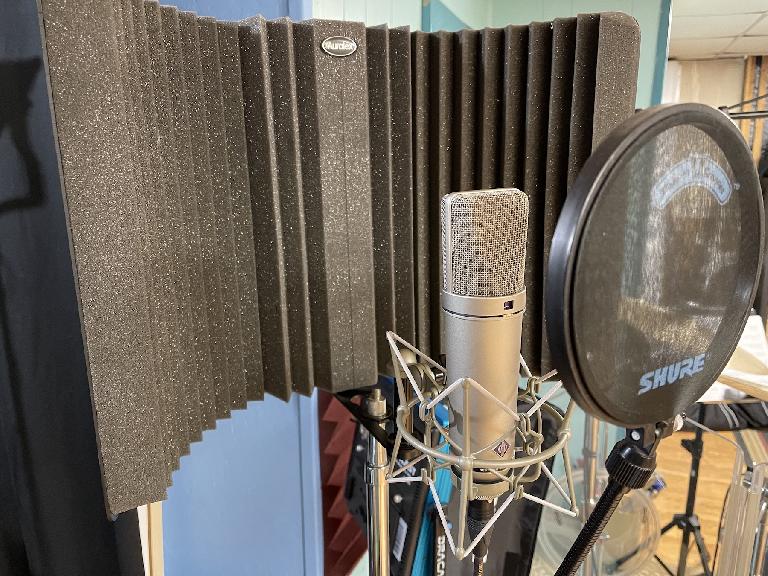 In this case, the differences were a little more dramatic - and you might want to compare the results to the original file of the same mic above. I found that the condenser mic (the U87) lost quite a bit of power and lower frequencies when I wasn’t directly ‘on axis’. The SM7B contained a lot more ‘fullness’ to it (to my ears) and was a bit more forgiving about moving back and pointing the mic at a bit more of an angle.

Round 3 - Bring in the Noise

For the final test, I wanted to simulate a little bit of a noisy room. Which mic would reject some sounds around the studio and which would pick up more than I’d like? I turned on an air purifier and plugged in an electric heater with a built in fan. I put these distractions about 20 feet from my recording area and fired up both mics. 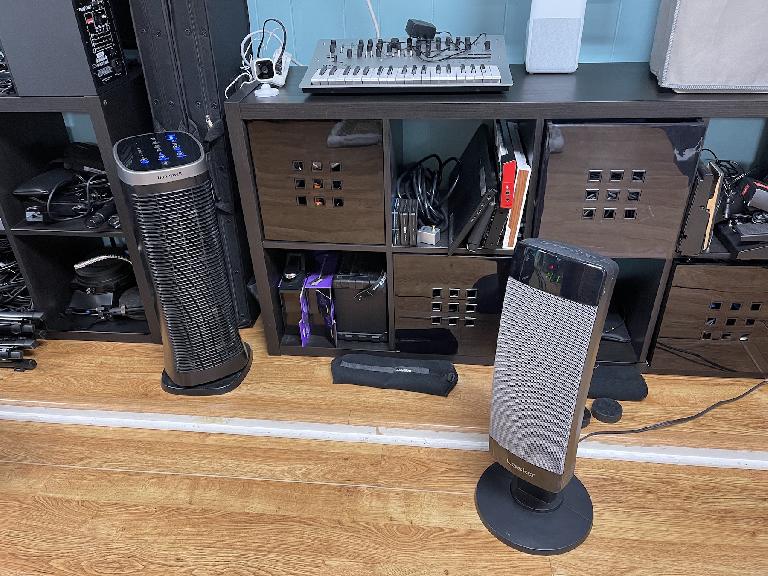 Both mics picked up the sound of the HVAC units, but the dynamic mic (the SM7B) definitely rejected the noise a bit more. I can’t really blame the condenser, it did what it was supposed to do! It picked up every detail in the room a bit more.

In the end, either choice can be made to work, it really all depends upon your own recording situation. If I were doing all of my voice over work standing away from the desk in a vocal booth or recording area, the condenser mic picks up a lot more detail and gives you a lot more great ‘audio raw material’ to work with. If you’re going to be at a desk and want to have the freedom to not have to be in the ‘perfect position’ all the time for recording spoken words, the dynamic mic was a lot more forgiving of noise and distance variation.