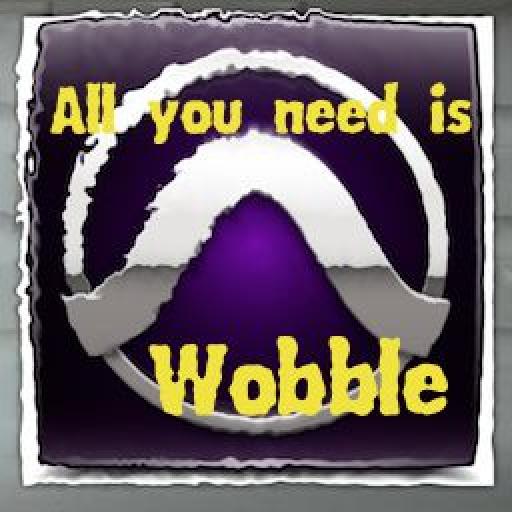 Language
With a few simple tricks and a copy of Pro Tools 10 almost any sound can be created. Mike Watkinson shows how'"using Vacuum & Structure Free'"you can produce a wobble Dubstep bass.

One of the defining sounds of Dubstep is the 'wobble' bass. A full fat synth with a massively rich mid-range takes centre stage, with a modulation so deep it creates counter-rhythms with the drums. So, can you make one in Pro Tools? With one of its free plug-ins? Of course you can…

Vacuum is one of the instruments that comes with the standard installation of Pro Tools 10, and is a two-oscillator subtractive analog-style synth that makes some pretty awesome noises just by selecting presets. In this case however, we are going to tweak it from scratch so we need to set all parameters to default or zero by choosing the factory default preset: 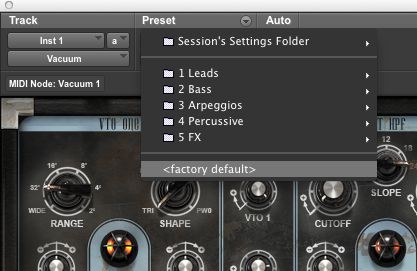 Next up you will need to combine some pure toned triangle waveform from oscillator one (VTO One) with some buzzy sawtooth waveform from oscillator two (VTO Two). Pitching VTO One down to 16' or even 32' will give a great 'subby' sound, that uses the Mixer section to balance the two waveforms. As with any synth patch you will doubtlessly be returning to this section later as the sound takes shape. Also use the Drive and RingMod controls in the mixer section to add more 'phat' if the sound isn't 'buzzy' enough for you already.

Now head over to the low pass filter (VT LPF) and dial in a small amount of cut off and resonance. Again you are likely to return to this section later once the sound starts wobbling.

For wobble, go to the Mod section and choose LFO as the source (that's the lower of the two Source controls) and LPF as its destination. You will also need to turn up the depth control to hear the effect. 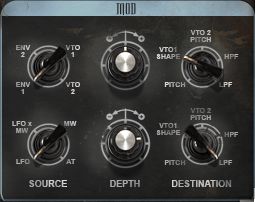 Settings in the Modulation section (lower row of controls)

The LFO speed is set by the 'Rate' control to the left of Vacuum's keyboard. Setting it somewhere around 4 Hz will be a good starting point.

Now that the sound is wobbling return to the VT LPF section and adjust the Sat (saturation) and Slope controls, as well as making adjustments to the cut-off and resonance. The Sat control is especially effective at fattening the effect of the filter at the upper peak of its cut-off frequency sweep. 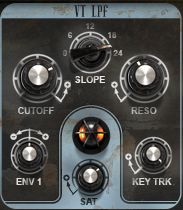 You can also increase the pulsating effect by adding Tremolo. To do this, return to the LFO section, set the Dest (destination) control to 'Trem' then move the Mod wheel to dial in its effect. Once you are happy with your patch, save it by clicking the preset drop-down menu and choosing Save Settings As... 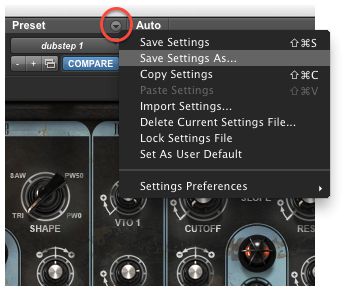 To create a bass part where different notes wobble at different speeds, first record your bass line on the track on which Vacuum is inserted. Then proceed as follows:

Duplicate the track (Track > Duplicate... or Option-Shift-D) a number of times (one for each wobble speed), and then:

Using this method you can choose which notes play at which wobble speed...

What you may notice when using the sound you have created above is that the LFO cycle is independent of when you press a MIDI key. What this means is that sometimes a note may not start at the beginning of the LFO cycle as you might wish. In order for this to happen, and also to give you another way of controlling the speed of the 'wobble', you need to record the output of Vacuum as a sample to be used in Structure Free, which is the sampler plug-in instrument that comes with the basic installation of Pro Tools. 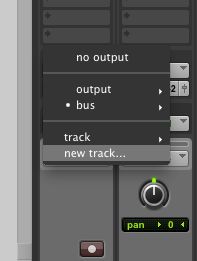 Choose 'new track...' to quickly connect the output of the Vacuum track to an audio track

In a new Instrument track insert an instance of Structure Free. Remove the default patch (a sine wave) by right-clicking on it and choosing Remove Patch. Then drag the edited clip from Pro Tools' Edit window onto the empty Patch List in Structure Free, where a new patch will be created. 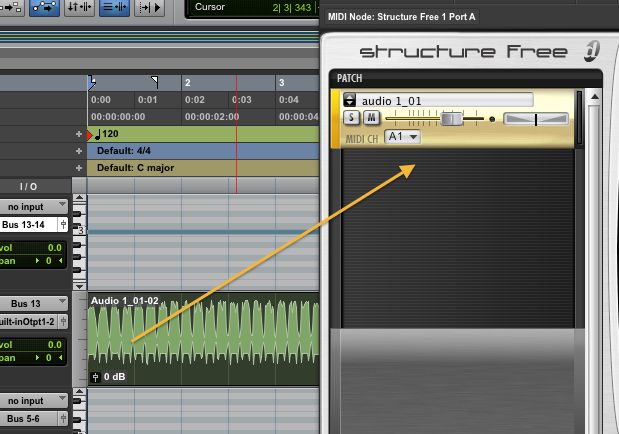 Playing the patch in Structure will result in the wobble speed automatically changing with pitch as it is now a triggered audio sample; the higher you play the faster it will go!

Gary Hiebner
Whoops sorry was only meant to post that once not 3 times.
Thanks for this, for me i found that using a midi controller to adjust the speed while recording works really nice. The sound feels more instrumental that way and a little less computer played. Great tutorial, so many of us would be lost without knowledge like this being shared. Cheers