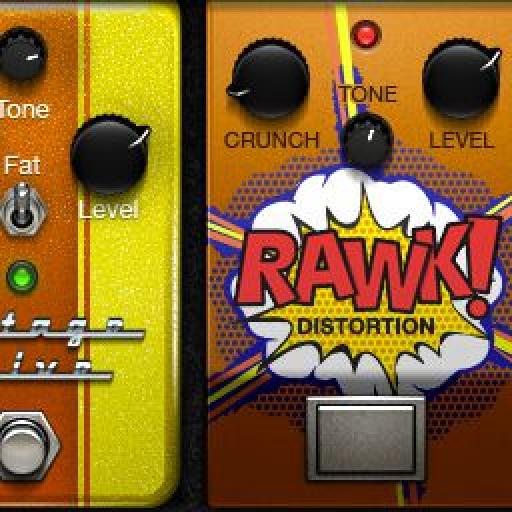 DubStep Version of We Three Kings

Language
What happens when you re-create a classic Christmas carol with a wobble-style bass? Gary Heibner brings you a DubStep tune instead of the regular gold, frankincence or myrrh.

Just for a bit of fun we thought it would be nice to get some Christmas cheer out there for the season to be jolly. What better way than to combine those classic Christmas sing-alongs tunes with Dubstep. I'm going to attempt to give 'We Three Kings' a Dubstep makeover. It just shows you that the possibilities are endless with Dubstep. I'm going to call this new movement 'Xmas-Step' and it only lasts for 1 month a year. I will be producing this track in Logic, but the same principles can be applied across other DAWs.

Let's first build up a typical Dubstep beat to work around. I have set my tempo to the favored Dubstep tempo of 140 BPM.

I have copied a Kick Sample into the EXS24 and written the following Kick pattern. A very simple Kick pattern, but this will allow space for the other elements.

I have applied some EQ and Compression in my Channel Strip to get the desired kick sound.

Next up: the Snare pattern. The Snare often falls on the 3rd and 7th in Dubstep. I am going to stick to this pattern as it always creates a nice half-time feel. Here is my Snare pattern:

Dubstep snares often have quite a bit of reverb and delay processing applied to them. To get a similar effect I have added a Platinum Reverb with some subtle reverb settings. 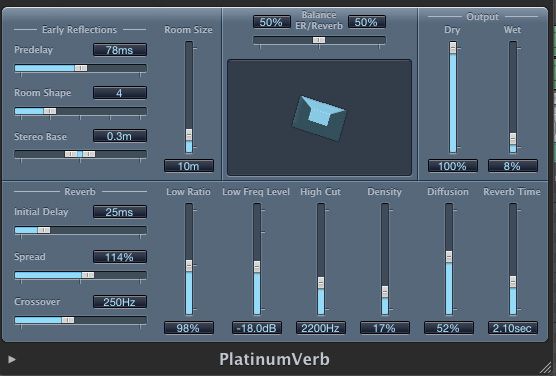 I have also applied a Tape Delay to bounce that snare around a bit: 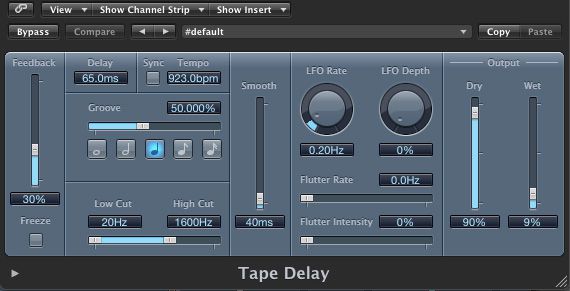 And after that I have inserted a GoldVerb to give the snare a bit of a metallic reverb sound. With this processing the Snare will really punch through the mix. 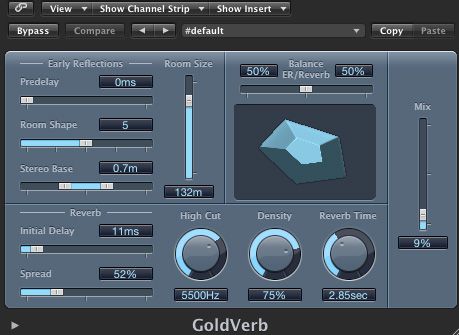 Included in the channel strip is also an Overdrive plugin to warm up the snare sound, and some compression to tame the dynamics of the snare so all the hits are even. A Channel EQ with a Low Cut is also applied with a cut in the 500 Hz region. This is probably where my bass is going to come through. So by dipping the snare in this region will give space for the bass to come forward in the mix.

I have setup a Space Designer reverb auxillary channel on Bus 1. On the snare channel I have sent some signal to Bus 1 to apply some reverb to it. Now the snare really sounds like it is in a room and punches through. 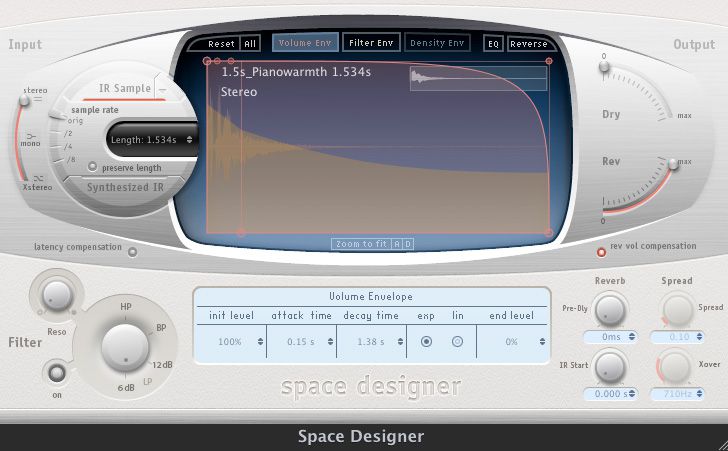 I have also programmed a simple hats pattern with a combination of closed and open hats to create some swing for the pattern. I have used the EXS24 Classic House Remix Kit in the ESX24 Sampler.

Here is the hats pattern I used:

And here is what our Dubstep beat sounds like when it is finished:

Lets move onto some synths now…

I have decided to use the EFM1 to create some nice FM bell sounding synths for the sing-along Christmas synth lines. Take a look at David Earl's tutorial for more information on how to program the EFM1.

For the first synth I have used the EFM1 Marimbell preset and then slightly tweaked it: 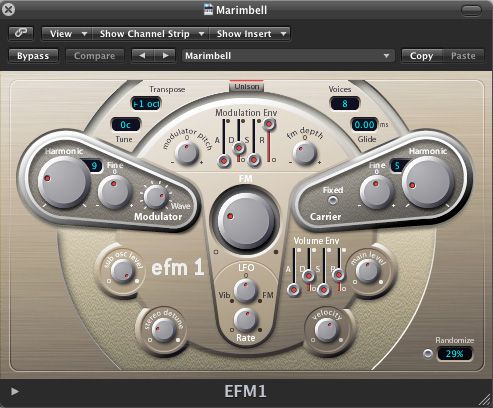 I have inserted a Stereo Delay to bounce the sound around the stereo field. 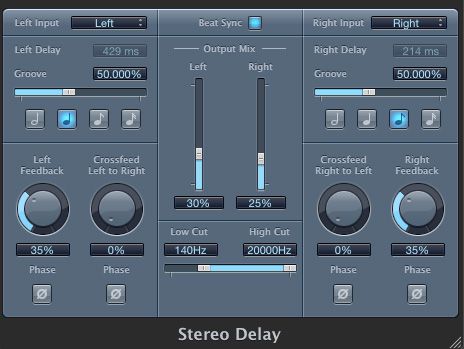 Here is the line. Can you start to hear the We Three Kings melodies appearing?

For the next synth line, I am also using the EFM1 but with the Static Bells preset, and also slightly tweaked. 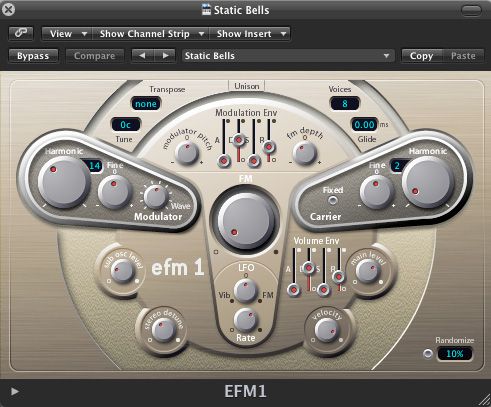 I like how these two synth sounds sit next to each other. They are both playing the same pattern, but with the different sound sources it creates quite a nice mixture of bell textures and timbres.

To complement these sounds I have used the ES2 to create a more staccato sound similar to Benga's synth lines. I have used one Oscillator on the ES2 with a reed waveform. I have inserted a Bitcrusher to add more harmonics to the ES2 sound, by downsampling the sound with the Bitcrusher. 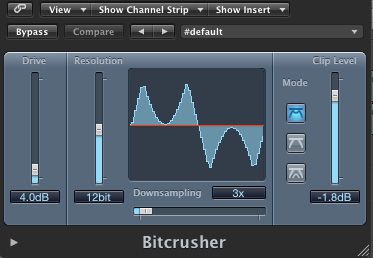 Here is the ES2 Benga-style pattern:

Now to get to what you all have been waiting for: The Xmas-Step Wobble! I am using the ES2 again. The ES2 works quite nicely for Dubstep wobble sounds as you can automate the Rate of the LFO2 to move the Cutoffs 1+2. With the LFO2 the rate can move between different synched times such as ¼ and 16th notes. By automating these one can create quite extreme bass LFO wobbles.

I have used the following settings on the ES2: 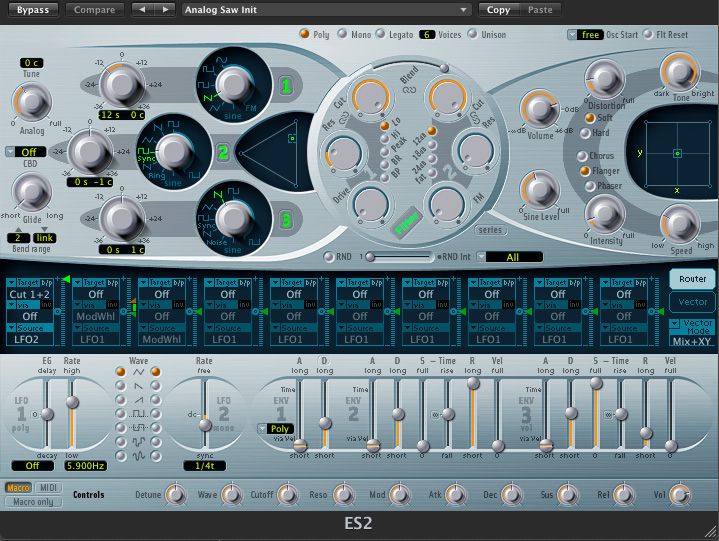 I have used 3 different oscillators: Osc1 is transposed down an octave for a bassier tone. Osc 2 and Osc 3 are slightly detuned. I have increased the analog amount to give a more analog sound to the synth.

I've also increased the Sine Level for a bassier undertone and have added some Distortion, and Flanger to the synth. The Wobble Bass has a very simple note pattern as you can see below, but this will all be changed up when I start automating the LFO.

I have added a Bitcrusher again to spice up the ES2.

Next I have inserted two distortion units from the Logic Pedalboard to process the sound even further. Logic's Ringshifter also comes in handy to create nice Vowel-sounding elements to the synth when it shifts the frequencies around. 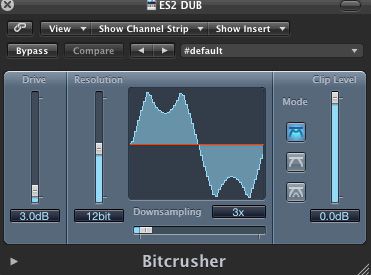 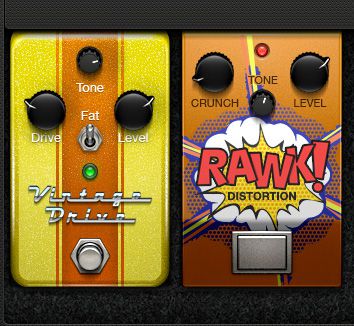 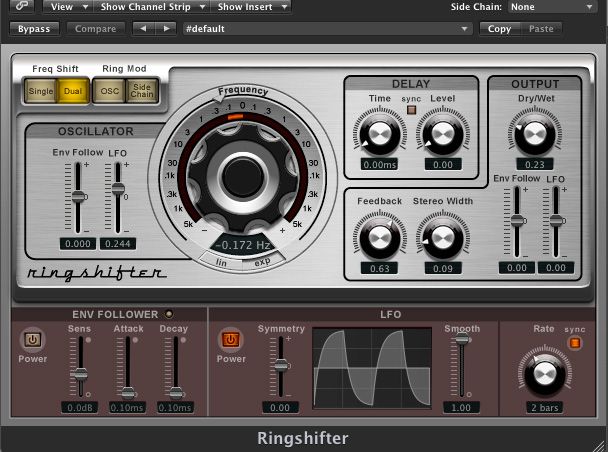 I have automated the LFO2 rate. In the Router Matrix of the ES2 make sure the Target is set to Cut 1+2, and the Source LFO2. By jumping between different rates in LFO2, the typical Dubstep Wobble sound is created. It is nice to use quite drastic slow and fast rates so that the Wobble is quite noticeable. 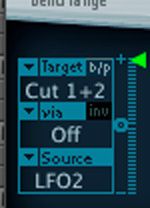 Here is the LFO2 Rate automation I have drawn in on my project:

And here is what the ES2 synth now sounds like after all the processing and automation.

Now to make this piece a bit more interesting: I have worked with the arrangement to get certain elements across in the track. I have started off the arrangement with just the EFM1 bell sound melodic lines. Then the Beat and ES2 Benga-style synths come in. I have created a little breakdown, where it drops down back to the EFM1 synths. You can see this at the playhead position in the picture below.

Then the kick and snare comes back in just before it hits into the Big Wobble section with the ES2 and LFO automation section.

Here is the Xmas-Step 'We Three Kings' Track:

So what do you think of Xmas-Step? The next big thing? Who knows. It was fun to try anyway, and I hope you learned something from this article as well. But what is important is that it is always good to mix genres and see if they work!

Have a great Christmas and New Year!