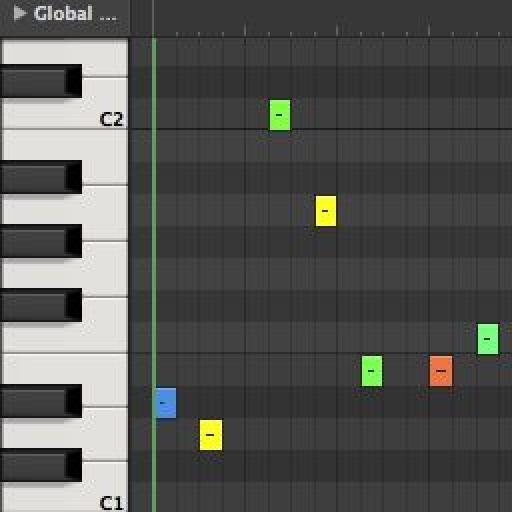 Language
What do you get when you combine Brazilian rhythms based on Samba & Bossa Nova, a traditional western drum kit & a professional drum programmer? Toby Pitman hits the spot in this essential tutorial.

Over the years as a drum programmer one thing I've learned is that a little bit of knowledge can go a long way. I'm going to show you a little trick for getting a lot of mileage out of a simple idea.

[This tutorial was created in Logic Pro. You can use any DAW to follow along and re-create this drum programming trick - Ed]

In this example I'm going to be using a very simple rhythmic pattern often found in Brazilian rhythms called the Partido Alto. This is the basis of the two most popular Brazilian styles: Samba and Bossa Nova. This is what it looks and sounds like.

Now you may think, 'So it's a Clave, then'. Well, strictly speaking it's not. The familiar '˜five stroke' Clave or '˜Son' Clave is found in Afro-Cuban styles like Salsa, Rumba and Mambo and is very different to what you'll find in Brazilian styles like Samba and Bossa Nova. Here's the Afro-Cuban '˜Son' Clave:

There are also many variations of the Afro-Cuban Clave, the Rumba Clave being a good example.

Now one thing that the Clave and Partido Alto do have in common is that they can both be reversed by swapping the first bar for the second. You'll often hear Claves refered to as "2/3" or "3/2". Here's the reversed version of the Partido Alto:

So I'm going to make a very basic Bossa Nova pattern, at about 70 bpm. I'll add the traditional four to the floor kick pattern. Again, it's easy to assume that all Latin rhythms use this kick pattern when in fact it's a very '˜Brazilian' thing, you wouldn't find this in an Afro-Cuban Rumba. I'll also add a 16th-note ride as well and a Hi-Hat chick on the 2 and 4. Here it is.

Now the Bossa Nova rhythm you just heard is basically a slower version of a Samba. So if I take this beat and speed it up that's what I get. I'll take this to about 118 bpm. I'm going to halve the ride to 8th-notes too.

Now here's the Samba with the reversed Partido Alto on the rim.

So now what you have is the basic formula for a generic Samba beat. Here's the trick! Because I have my Partido Alto motif on the rim, which is the primary building block of the rhythm, I can now start moving it around the kit instead of just using it on the snare. Here's what it looks like in Logic's Piano Roll as it stands:

So I'll move some of the hits about using different snare articulations and toms and play with the dynamics a bit. Note that the pattern remains intact. Here's what I get:

You can hear that I now have a much more interesting and complex groove going on even though the components of the pattern stay the same. Here's another variation using the reversed (or 3/2) Partido Alto:

This idea can be expanded to create all kinds of Samba drum patterns that could be used in different sections. You also don't have to strictly stick to the patterns all the time if you don't want to. Offset some hits to create variation and just have some fun.

This is a simple trick but one that works really well especially with styles you're not familiar with. It also works really well when used with drum rudiment ideas for making fills. That's actually what drummers do: they take a simple sticking pattern and move it around the kit.

Try it out and see what you get!

I've just tried to look at your article but it appears that the formatting is awry somehow. Text is huge, and some of the piano roll examples appear to be missing. It's the only hub article like this.

What I saw was very helpful though, Thanks.

We check articles before and after they're published and all looks good here in Safari on my Mac and on an iPhone. What browser are you viewing this page in?

It's possible that the page didn't load properly and now it is cached in that state. Try refreshing the page or emptying the cache and then navigating to the page again.