ALLEROED, DENMARK, FEBRUARY 17, 2015 - Already the benchmark for theatre and music applications, DPA Microphones is now setting a new standard for the broadcast industry with the launch of the d:fine™ In-Ear Broadcast Headset Microphone. Targeted at broadcast hosts and guests who use in-ear monitors to communicate with their producers backstage or to hear foldback from people interviewed outside the studio, this versatile new addition to the award-winning d:fine range combines the exceptional sound quality of a DPA microphone with a state-of-the-art -in-ear monitoring solution.

"By integrating a monitoring component into our d:fine headset design, we have succeeded in combining two parallel systems and creating an easy to use solution that eliminates the need for separate in-ear monitors and headset microphones," says DPA Product Manager Mikkel Nymand. "This solves an irritating problem that broadcast studio hosts and guests currently face of having two sets of components and wires to deal with. It also offers a solution that is simple to fit, comfortable to wear and unobtrusive for both the host and the viewer."

The new d:fine In-Ear Broadcast Headset Microphone is built on the same state-of-the-art capsules and mechanical design that have made DPA's d:fine range so popular around the world. As with all DPA products, ease-of-use and sound quality are key. With this model, ear pads in two different sizes are included, and great care has been taken to ensure that there is no audio leakage between the in-ear drivers and the microphone capsule, which can be either omnidirectional or directional.

The unit incorporates two cables - microphone and in-ear - that run parallel to give a neat and clean look. A steel spring construction at the ear hook offers quick mounting around virtually any ear, while the cable to the integrated in-ear plug(s) can be lengthened or shortened to suit the user. Any excess cable can be wound up around the plug or placed behind the outer ear, while a cable steer at the headset mount controls the cable run down the neck. It is easy to adjust headset mount size and, by choosing between left and right ear orientation, it is even possible to give the broadcast host a 'camera blind' side.

"Broadcast studios can be harsh environments, therefore products must be durable if they are to prove their worth," Nymand adds. "With all of DPA's d:fine Headset Microphones, repairs no longer require taking a mic out of commission because the range is designed with detachable cables that can be replaced immediately with a spare." 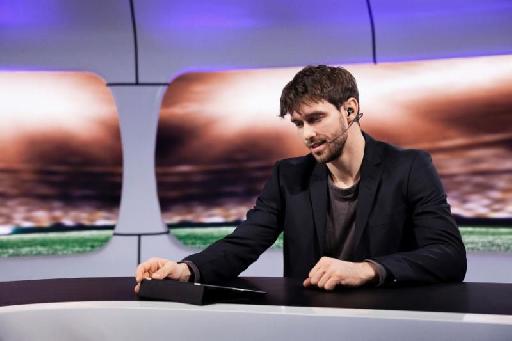 For the new d:fine In-Ear, DPA has incorporated a miniature MicroDot connector for the microphone and a mini-jack for the in-ear component. Adapters are available to fit most professional wireless beltpacks.

Several combinations are available; the easiest-to-fit Single-Ear Mount, Single In-Ear construction or DPA'ss popular Dual-Ear Mount with a Single In-Ear, which offers higher mounting safety but still leaves one ear free of a plug to preserve direct acoustical cues. There is also a Dual-Ear Mount with Dual In-Ear option for two-channel monitoring from producers or for stage monitoring for theatre actors and singers.

While DPA has chosen black for its microphone and in-ear cables, it offers a choice of non-reflecting black/silver for its in-ear plugs and black, brown or beige for the ear hooks and microphone booms.