Dirty Up Your Sounds With Native Instruments' Freak, Dirt and Bite

These three FX plugins, part of the Komplete 12 package or available separately, can add a new dimension of dirt to your tracks. Here's how you could do it. 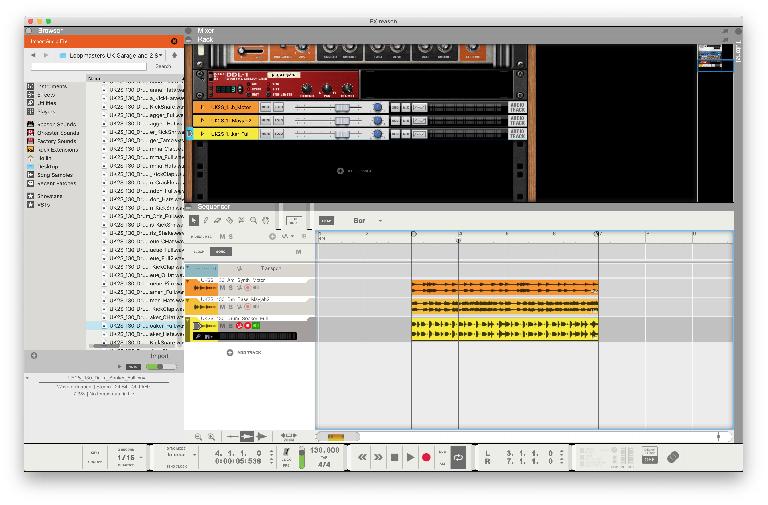 Starting with a DAW project, you’ll need some content to get up and running before you can start applying the effects. Here’s a simple garage loop I have created in Reason using audio loops. The same techniques will apply to any DAW - remember that Reason can now use VST and AU effect plugins just like any other DAW! Here’s the loop as it initially sounds. 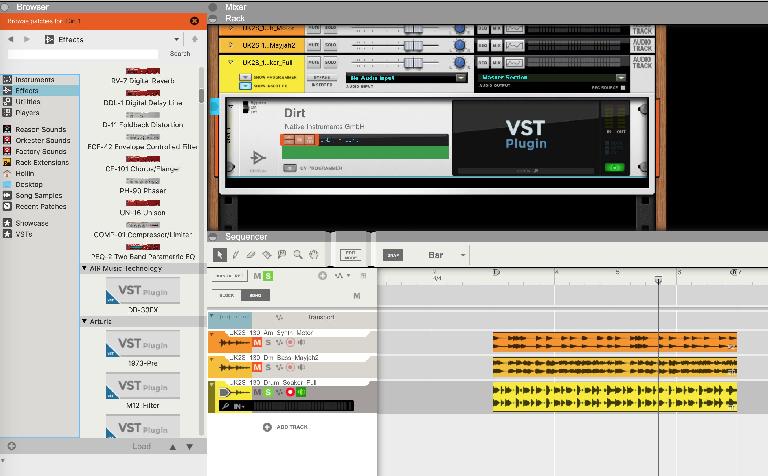 The sounds are quite dry at present so we’ll start by doing some work on them by adding an instance of Dirt to the drum track. In Reason this can be done from the browser by dragging the effect either into the drum loop’s Rack module, or directly onto its sequencer track. In other DAWs it could be added as an insert either in the mixer or in the sequencer track’s inspector area. 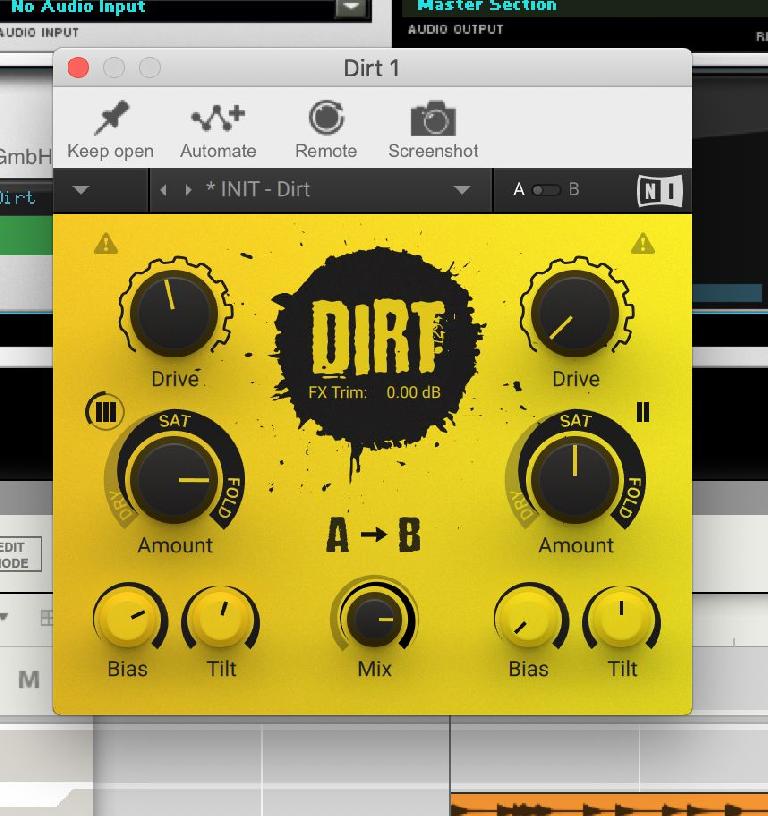 We can start to fatten up our drum track by dialling in some drive using the effect. Start by turning up the Drive and Amount knobs in the A section of the effect. Its interface is quite simple to use, which is helpful. You will also find that the small icon to the top left of the Amount knob can be clicked to change the distortion type to 1, 2 or 3 - each of which has a different characteristic. Dial in some distortion until you have a nice fat sound. 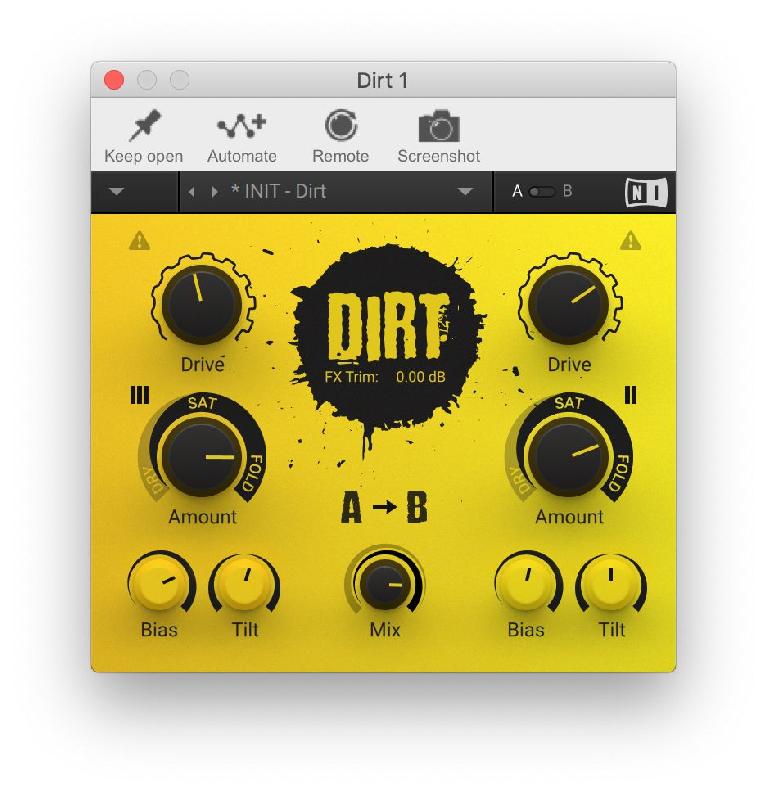 The B stage of this effect lets you add another layer of saturation, so you can dial in more effect in the same way you did in section A, and use the MIX knob in the centre of the window to blend how much of each stage is present in the sound. By doing this it’s possible to really make the bottom end of the drum track squelch quite a lot - this might be too much for some tracks, but perfect for others. 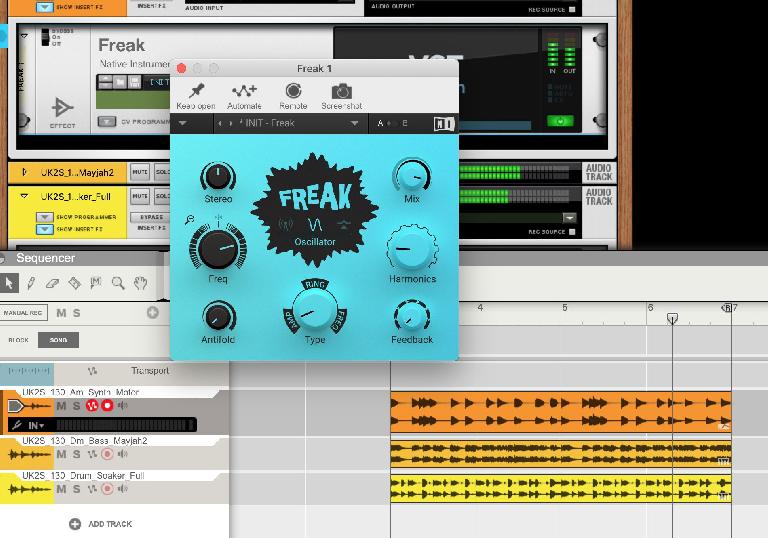 Now moving on to the lead line - this is of course melodic so we can try mangling it in a different way. This time I will drag an instance of Freak onto the loop, which defaults to an oscillator effect that’s capable of some really interesting things. The first thing to do is set the Type - Freq and Ring here will do weird things to the sound, but Amp maintains the fundamentals of the pitch (meaning it doesn’t completely detune it) when switched firmly to the left, as in this example. The settings used in this screen shot have some really interesting effects on a melodic lead part. 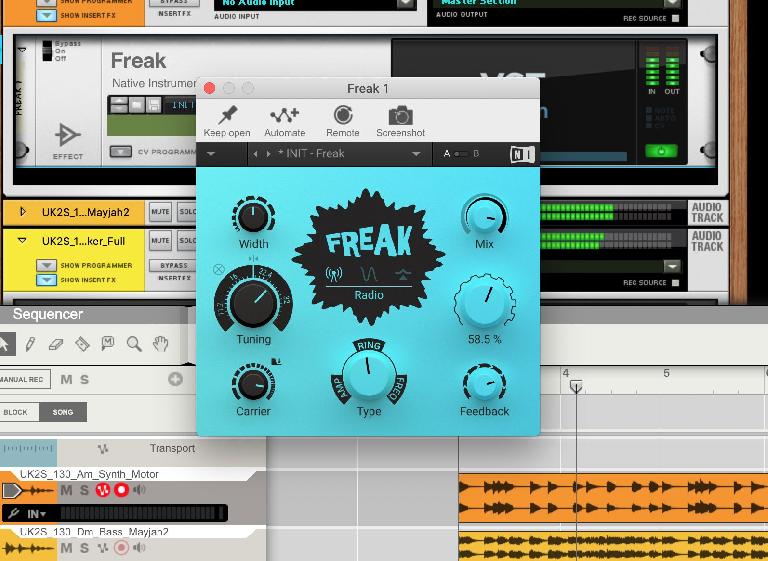 The three icons under the FREAK text in the centre here let you change the plug-in’s mode from Oscillator to Sidechain or Radio mode. Try switching it into Radio mode - you’ll find it adds some lo-fi, radio style effect to the signal which can be modified using the Tuning and Carrier knobs. It’s less extreme than the oscillator effect was, but it’s still pretty cool for some uses. 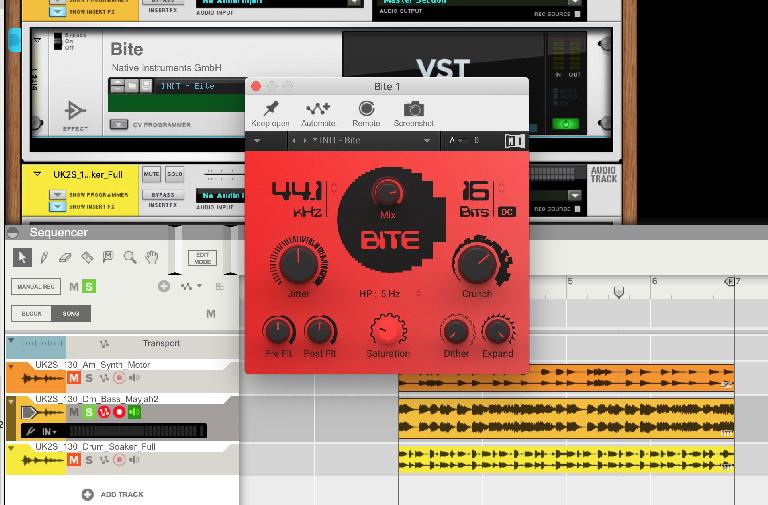 Moving on to the bass part, now I’m going to try dropping an instance of Bite onto it - a bit crusher with variable settings. Initially, dialling in some Jitter and Crunch adds a pleasing lo-fi character to the signal. The Saturation, Dither and Expand knobs also let you tweak the effect further. The HP section lets you control the frequency of the low pass filter that’s being used. 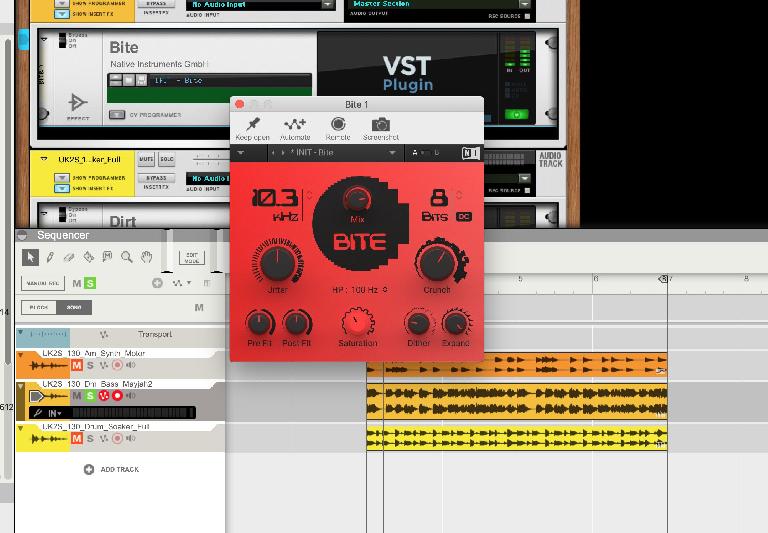 For more extreme effects you can click on the numerical readouts and drag the mouse up or down to increase or decrease the virtual sample rate and also the number of bits in use. Using lower sample rates and lower bit rates will result in a significantly more degraded signal. This kind of effect can be a little tiring to listen to for entire tracks, but it’s a good effect to use either in small doses, or by automating the effect so that it quickly increases in intensity to give a sort of “quick deterioration” effect, which you could then snap back out of.

So there you have it - a simple multitracked garage loop with each of the elements treated to increase punch and saturation. These straightforward plugins have easy-to-understand controls and some excellent presets and are suitable for use in a wide range of musical tasks from simple warming to extreme mangling.