Direct Boxes : Which One to Use In Your Studio & Why

Direct or D.I boxes are a staple of live performance and recording. Matt Vanacoro explains why it's important to choose the right one for the job.

Direct boxes are a must in the pro audio world. You’ll find them on the stage, in the studio, and often in the road cases of just about any professional musician. Getting the sound of your instrument to the front-of-house console, recording interface or amp is arguably one of the most important parts of your rig. I’m going to break down the different types of direct boxes, what to look for, and what to avoid when plugging in.

If you’re playing an acoustic instrument like an acoustic guitar, violin, or the like, you’re most likely going to want an active direct box. This means that the direct box itself receives power from somewhere (hopefully from 48v phantom power for your own convenience) and it is able to transfer your analog signal in a well-saturated manner that doesn’t depreciate your tone. Your non-electrified instrument doesn’t necessarily produce the levels that a keyboard or pedalboard might put out, so an active box is highly recommended. You’ll also want to ensure that your direct box can ‘lift’ the ground, this way if the electrical service at your gig isn’t optimal, you have a weapon to combat ground noise. 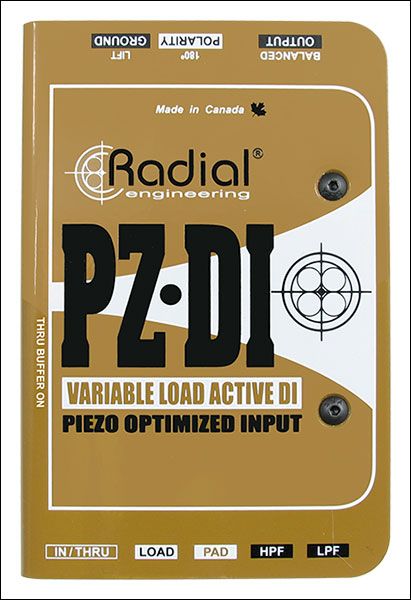 If your instrument utilizes a piezo pickup, consider looking at a direct box that has its load adjustment specifically configured for this. Radial makes a great one, the PZ-DI, that allows you to switch between a piezo and magnetic pickup configuration. Without this, your direct signal could have a bit of ‘quack’ to it, which is a a bit of harshness in the upper mid range.

All About That Bass

Your upright bass and bass guitar are completely different animals, and you’ll also want to consider whether or not you are utilizing a preamp with your bass. If you’ve got an insanely expensive head that does amazing things to your tone, you may want to simply utilize the direct out on your amp. If you’re using a more modest combo amp, or if you don’t know what amp might be provided for you at the gig - a good direct box is a must.

Active basses are pretty common, and if you’ve got one it might just push out enough power that you can utilize a passive direct box. If your bass utilizes a battery, it’s likely active. If it doesn’t, it’s probably passive.

I’ve got 2 different great direct boxes that I use for bass. In the studio, I utilize an Avalon U5. It’s a single channel combo direct box/preamp that, quite simply, is the de-facto standard for recording bass. Even if I’m going to mic the cabinet, I’m usually taking a signal from the U5 to mix in. You can shape the tone for the recording output and utilize the parallel out to send your untouched bass signal to the amp.

When I’m pulling bass live, I don’t necessarily want to bring the U5 (well, I always WANT to bring the U5, but it’s quite big). I have a Radial J48 has lasted me seemingly forever. It’s built like a tank, quiet as a mouse, and I’ve never had a bassist complain about it ‘doing something’ to their tone. Radial’s design philosophy with the J48 has always been ‘hands off the tone’. I’ve found that for bassists, transparency is the name of the game. 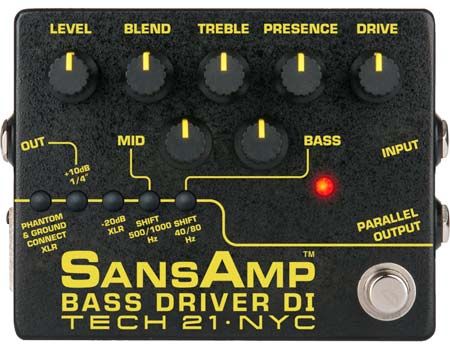 My ‘wild card’ that remains in my gear box for live bass recording is my SansAmp Bass Driver DI. On the complete opposite side of Radial in terms of philosophy, the SansAmp Bass Driver will absolutely let you sculpt the tone you get from the bassist. I pull this out whenever I’m not happy with the signal I’m getting from the musician and want to beef it up a bit (or even drive it a little for some edge) before it gets to the mixing console. I’m able to pass through a clean signal to their amp, so the musician is happy, and I can sculpt the tone a little bit before it gets to my mixing board, so I’m happy. Everybody wins.

This section is going to be a little shorter, but only because it’s simpler. If you’re working with modern keyboards, the Radial JDI is the way to go. It’s a passive box, because the signal coming out of your keyboard is likely line level and powerful enough on its own. If you want stereo, pick up the Duplex.

The only exception to this rule is if you’ve got some vintage gear that doesn’t push out levels as high as modern keyboards. A Fender Rhodes, for example, pushes out a signal that’s a lot closer to an electric guitar, and would likely benefit from an active direct box.

Not to be controversial, but statistically you won’t find many musicians more particular about their tone than modern electric guitar players. Tread lightly when bringing *anything* into their rig, and be sure that whatever solution you provide can give them a completely unaltered ‘pass through’ back to their own rig. You don’t want to skimp in this case, even the slightest electronic interference attributed to a budget direct box can induce noise that gets amplified to the highest degree in a guitarist’s rig.

I also utilize a Radial J48 for most electric guitar players. Even when I’m recording their amp with a mic, I’ll often pull the clean signal with a J48 before their pedalboard. This allows me to have a ‘backup copy’ of their performance in post, and I can always ‘re amp’ it later on if I’m not thrilled with the live recorded amp sound.

Whether you’re a DJ with turntables or completely ‘in the box’, you’re going to need a way to monitor your own performance while sending your sound to the PA system. If you’re strictly digital, there are quite a few USB direct boxes to choose from. These take a USB out of your computer and turn it into XLR outputs for a mixer or PA system. 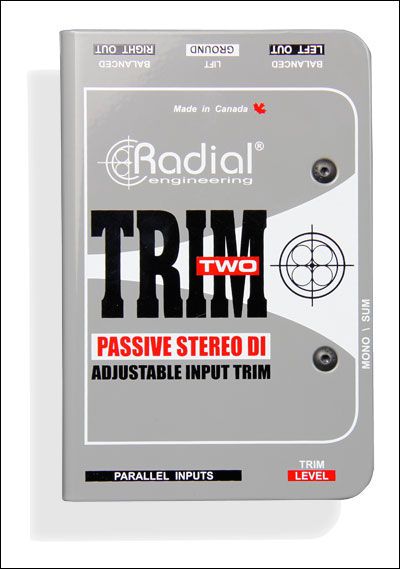 If you’re using a mobile device or a turntable, you might have to convert 1/8”, RCA, or 1/4” signals into XLR. Radial makes a ‘Trim Two’ passive stereo DI to do the conversion for you. You can turn even the tiniest of cables into a reliable XLR pair with confidence.

Need recording advice? These video courses are here for you to watch: https://ask.audio/academy?nleloc=topic/audiorecording

ivandub
It looks like Radial pretty much has the market cornered for these kinds of devices. :-)
Matt Vanacoro
For the most part, yeah. Itâ€™s pretty much all they make. Theyâ€™re more expensive, for sure, but worth it.
ivandub
I neglected to mention that I found this to be a very informative article...thanks!!