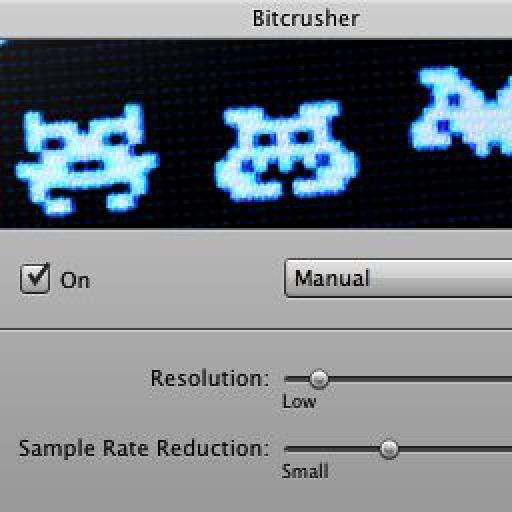 Language
Geting down and dirty (musically, of course) is G.W. Childs IV's speciality. So when you need some extra grit and aggression in your GarageBand compositions then he's the man to consult!

Let's face it: GarageBand, as lovely as it is, has a stigma associated with it. No, it's true. Those of us that have been doing electronic music for a long time have this idea that GarageBand is being used primarily by older gentlemen with ponytails for their progressive jazz albums. And, if I'm wrong in projecting this on to the rest of my colleagues, or I was just completely out to lunch, till now... Well, hey, at least someone else has woken up, right?

GarageBand actually can be used for any type of music, as long as you don't mind the cheery little instrument pictures. Everything is there, and has been for sometime.

A friend of mine reacquainted me with this fact recently when he let me hear his very angry, distorted, industrial music that he did completely in GarageBand. He's been using electronic MIDI gear for years, but has intentionally been one of the late adopters of computer music technology simply due to time, and his perception of sound.

Recently, he made the jump, and his accomplishments were stellar. And, this led me to the idea that it might be good to reacquaint everyone else with the destructive side of GarageBand. Yes, you really can create an amazing Kenny G tribute album with GarageBand. But, you can also torment children with your sheer evil using GarageBand, too!

Rather than using an Apple Loop, I thought it might be nice to create my own drum loop using an AU plug-in that I like quite a bit known as Microtonic, which functions amazingly within GarageBand. 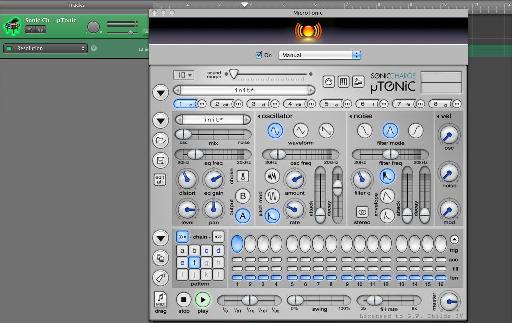 Here's a sample of the basic drum loop with no processing with the exception of a slight bit of distortion on the kick that Microtonic is already supplying.

It is now time to see what GarageBand can do. Of course, there's always the Bitcrusher. Granted, it's kind of a given. But let's hear what this adds.

You'll notice in the image above that the Resolution is set quite low. A way to understand Bitcrusher, is to understand the meaning behind that knob. It's a lot like a time machine. The farther you move the knob to the left, the older the Bitcrusher is going to make your device sound, in terms of sample rate and resolution. So, we just went from 2011, to 1982 in terms of sample quality. It's much noisier as you can hear, and adds quite a bit of dirt!

Automating the Bitcrusher in GarageBand also gives this effect a whole new life...

Try automating the resolution in different parts of the song. It's awesome!

Another misconception, especially where I'm concerned, is to think amp simulators are only useful for Rush cover bands. Nope, amp simulators are quite cool for drums, guitar, voice, and anything that you can run through them They add color, life and grrrrrowl!

First, let's hear what the amp simulator adds on its own: 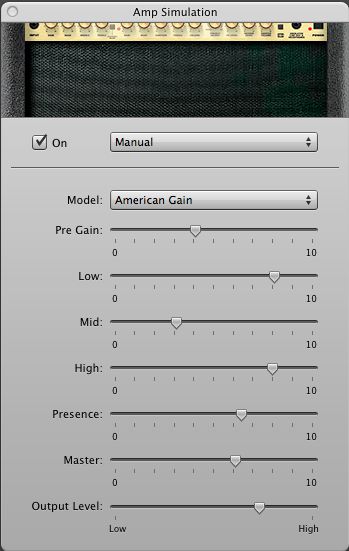 You'll notice that I really reduced the midrange EQ setting. Even though I'm only running drums right now, if I add guitar, synth, voice, or anything else, I'll need space for those within my mix. Nothing takes up a lot of space like really midrangey drums.

Now, let's try adding in the Bitcrusher with the Amp Simulator. And, I'll add in some pretty stiff compression to give my drums some punch!

Whoa! Altogether, with the compression, I have a much tighter, grittier loop than I had before. The compression really brought out the attack of the drums, the bitcrusher is further augmented by the amp simulator. There's far more to mix and match within GarageBand. Try it out, you may find the sound you've been looking for... Especially, if you like dirty, dark, and traumatic. I'm going to go brush my ponytail now.