Language
Making vocal or instrument harmony lines in Logic Pro X is now incredibly easy thanks to Flex Pitch. Jay Asher shows you just how quick and simple it can be.

Creating harmony parts in Logic Pro X is really easy since the addition of the Melodyne-like Flex Pitch feature. In Audio Example 1, I have sung a fairly simple background “ooo” part.

Of course, I could sing a harmony part, but then I have to deal with any pitch imperfections timing inconsistencies, etc. So I will use Flex Pitch instead.

In Pic 1, you see the one track with the one audio file region.

Now you would do the following:

1. Press Command-D to create a duplicate audio track. I then renamed the track.

2. Option-drag the region on the first track to copy it to the second track.

3. Select the second region and use Option-Command-F (or hold the Control key and mouse to choose convert) and convert the region to a new audio file, leaving the first audio file intact when we flex the second one.

4. Either double-click the new audio file or press E to open the editor. If it opens the Audio File editor, make sure that you switch to the Audio Track editor.

5. Click the Flex button (looks like a bow tie) icon and it will default to Flex Time-Slicing, as you see in Pic 3. Not what we want. 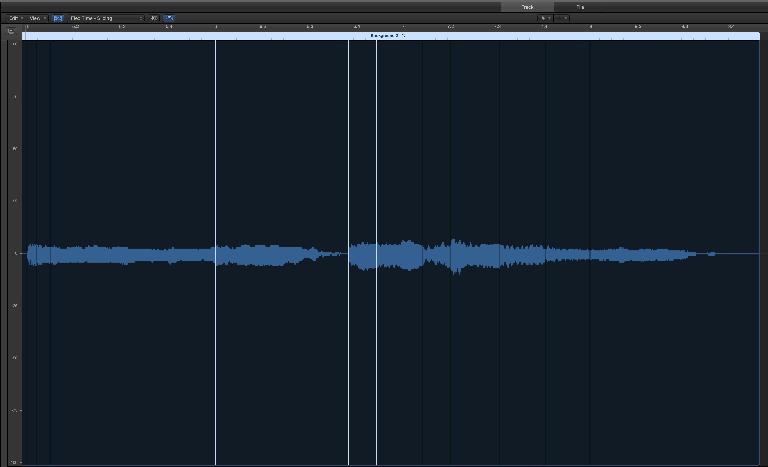 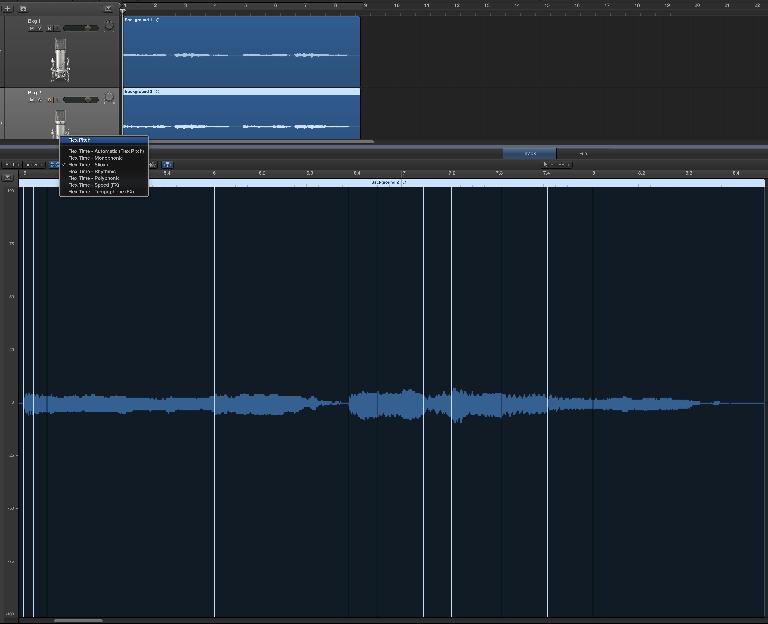 7. You would then press Command-A to select all the notes. In this example, the harmony I want is a simple minor third above and the first note I sang was E above middle C. So with all the notes selected, I grab the first held not and drag it up to G. See Pic 6.

Listen to the result in Audio Example 2:

8. If you click on the Bb key in the keyboard it selects the Bbs.

9. All I need to do is drag them up to B natural, then repeat the process for the F naturals to make them F#s. To avoid obvious phasing, I would now perhaps change the amount of vibrato and/or monkey around with the formant settings, as you see in Pic 7 and Pic 8 by selecting the proper control points on the notes.

10. Finally, with all the notes selected, I would drag them just a wee bit to the right.

You can hear the result in Audio Example 3. Not bad!

This technique will also work for guitar solos in thirds. Check out what I have done in Audio Example 4. I think that sounds even better.

Improve your Logic Pro X skills with our easy to watch video courses in the AskAudio Academy.