Language
If you're looking for a unique NI Reaktor sound library, by an award-winning sound designer, which is free and includes 52 snapshots, 30 samples, then go and download Metaphysical Fabrications now!

Metaphysical Fabrications is a unique and creative collection of 52 evolving smooth and complex soundscapes, pulsing and arrhythmic textures, heavy and raw creations, and swirling shaped drones. 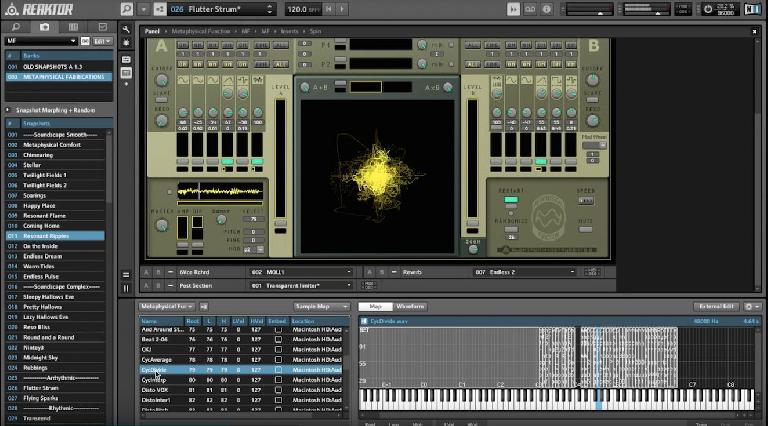 Even though Metaphysical Function came out a while ago, I still find it unique, creative, fun, and most of all, I think it still sounds great,” says Kjeldsen. “I approached making these sounds from the perspective of pure sound design and letting my creative juices flow. When making these sounds, there wasn’t any genre or category of sound in mind, just to make sounds that are fun and inspiring to listen to and play with.”

Download the Metaphysical Fabrications library for free at http://contortdistort.com/index.php/sound-shop/