Building on the features that have made MIDI Designer the platform of choice for DIY-controller creation — whether those rigs are aimed towards live performance or extensive tweaking of vintage and modern gear — MIDI Designer continues to upgrade its feature set. A free upgrade for owners of MIDI Designer Pro 2, v2.5 adds several key extensions of the platform, and many fixes and under-the-hood improvements.

Movable Panels: users can group controls into panels, and then move or clone or copy those panels, giving users unprecedented power in terms of template creation. Various display options for panels provide a convenient way to group and organize controls. Custom looks can be achieved in conjunction with Image Panels.

Rotary Action for Knobs: This feature provides another way to use knobs, allowing their placement at the top or bottom of pages. Rotary action also allows users to utilize Tuna Knobs.

Both Display Zero and Rotary Action require the Extra Features Pack IAP to include in a layout; layouts shared with these features do not require purchase of the IAP. 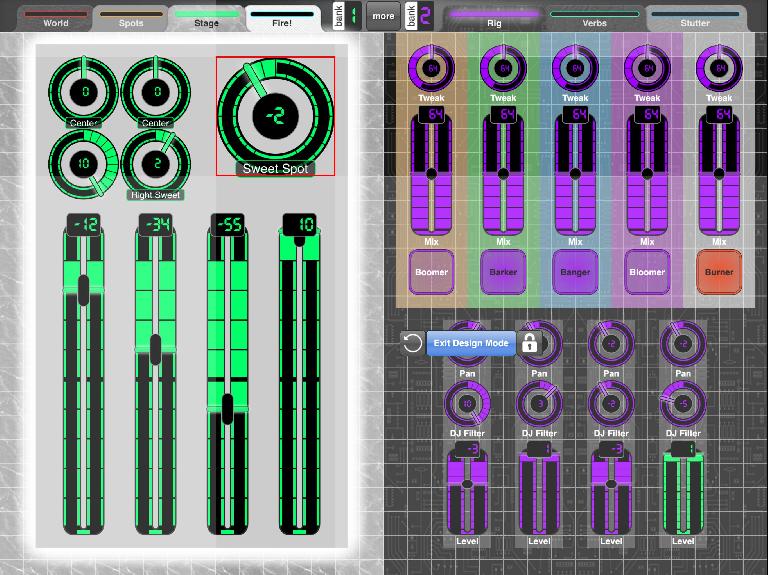 MIDI Designer Author and Confusion Studios CEO Dan Rosenstark commented, “Thanks to weekly interviews with users, we’ve been able to prioritize dozens of specific user concerns and desires for the App. This upgrade pushes MIDI Designer Pro 2 even further ahead as a deep, expressive platform for DIY controller construction for all classes of MIDI targets, from vintage synths to robots.”

MIDI Designer Pro 2 will run on any iPad, iPhone or iPod touch running iOS 9.3 or later.