Language
It's easy as pie to automatically match audio to the session tempo in Ableton Live, but it's possible to do this manually in Pro Tools as well. Joe Albano shows how to make it automatic!

One of Ableton Live's big selling points has always been that, out of the box, audio is automatically conformed—matched—to the session tempo, while in some other DAWs, this often has to be done by hand. In Pro Tools, there are a number of ways in which imported audio (from other sessions or other sources) can be made to match up with, and follow, the current session tempo, and this can be set to happen automatically as well as by manual adjustment. For this article, I'll just focus on ways to get Pro Tools to do the conforming automatically.

One of the simplest ways to conform the tempo of imported audio is by importing via the Workspace window. 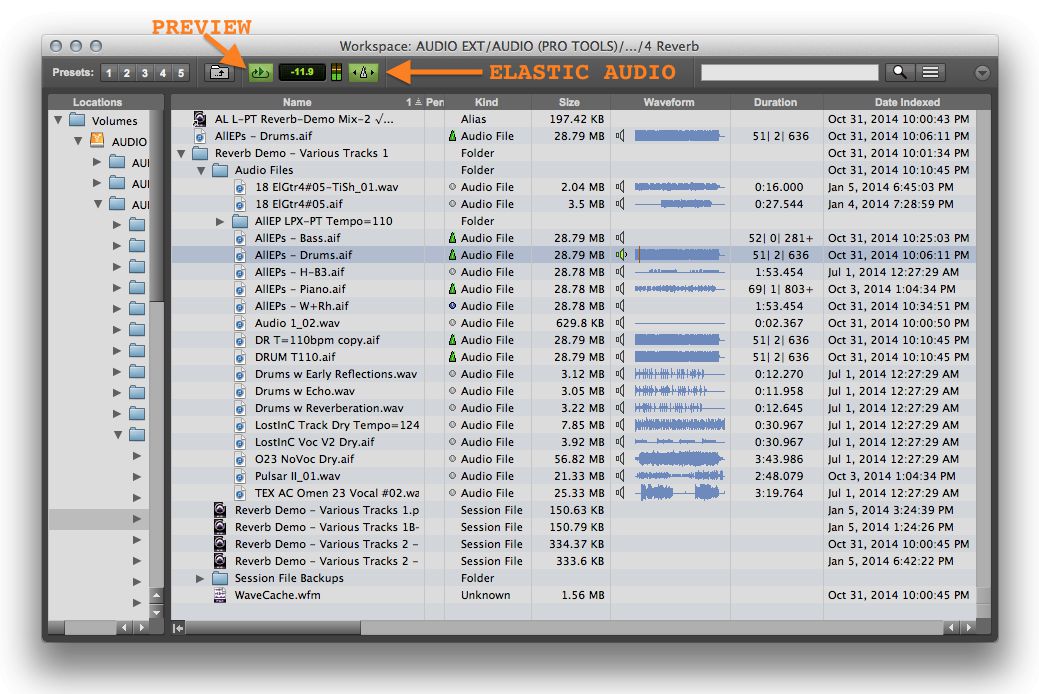 This window is a browser, much the same as the (Mac) Finder, but it makes easier work of auditioning and importing audio files. Once you've located the audio file(s) you want (let's say, drum beats), you can turn on the Preview button, and as you select different audio files, Pro Tools will play them—as is, at the original tempo. But if you enable the Elastic Audio button (just to the right), then Pro Tools will audition all audio files instead at the current Session Tempo, making it much easier to determine if a particular bit of audio will work well in the session you're about to import it into.

But the really convenient part is that, once you've selected a file to import, you can drag it into the blank area in the Edit window (below the last track), and Pro Tools will create a new track with Elastic Audio (and Ticks mode) already enabled, so the file should be ready to play at the current Tempo, in sync with the Session. This approach works best with loops, but it can be used with any audio, though with caveats (see below).

Sometimes it's more convenient to just drag audio files straight in from the desktop or from a Finder window—Pro Tools makes allowances for this as well. There's a preference aptly named “Drag and Drop from Desktop Conforms to Session Tempo”, which can be accessed in the Preferences window's “Processing” pane. 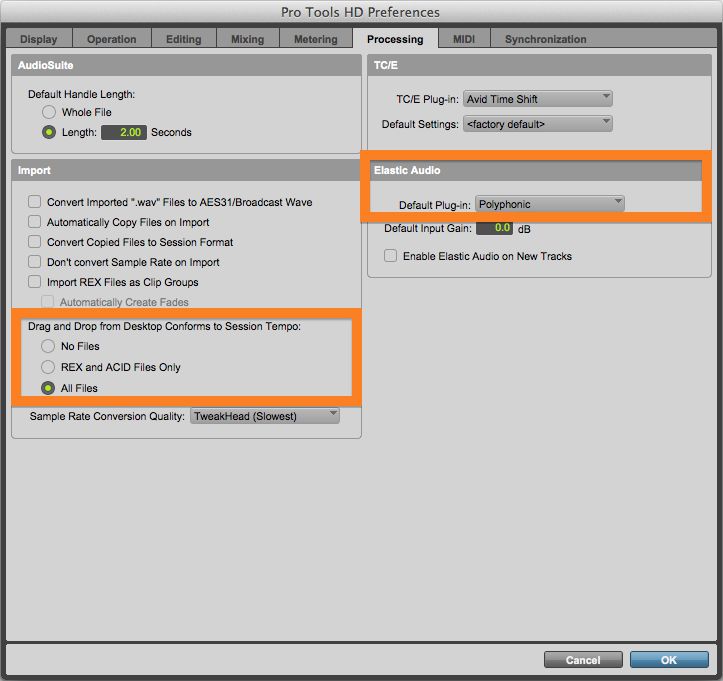 Fig 3 The “Drag and Drop from Desktop Conforms to Session Tempo” preference.

If this option is enabled, it means that when dragging and dropping audio files into a Session, Pro Tools will not only bring in the original file, but also create an Elasticized version (clip) of it, ready to play at the current Session Tempo—you'll see both in the Clips List. Another Preference in the same pane, “Elastic Audio > Default Plug-In” determines which Elastic Audio algorithm is used for this—the default is Polyphonic, which works on all kinds of audio (including rhythmic and monophonic tracks). Just as in the Workspace window, if you drag and drop to blank space in the Edit window, Pro Tools creates a new Elastic-Audio-enabled track for you; if you drag into the Clip List, you'll have to add your own track for the new audio, and enable Elastic Audio on it yourself—but either way, the end result is the same.

By default, this Preference is set to “REX and ACID Files Only”, which means that only files in either of those standard loop formats will be conformed to the Session Tempo, but if you switch to “All Files”, then you can conform .wav and .aif files as well.

However, if you import audio from the Import command (File > Import >Audio...), no Tempo matching or Elasticizing will be done, and you'll have to do it by hand after the file's been brought in. The same is true when you bring in audio via File > Import > Session Data... So when Tempo-matching is required, the Workspace or Drag and Drop methods are preferable.

But I mentioned a caveat earlier. Sometimes, even if you import audio correctly, as outlined above, and Pro Tools creates an Elasticized clip for you, as advertised, the audio may still not line up perfectly with the Session Tempo. This can happen if Pro Tools has difficulty determining the original Tempo of the audio file, which it needs to do in the background, while conforming and importing.

If the audio you're bringing in is in a standard loop format (like REX or ACID), or the file has been trimmed to be an exact number of bars (say, 8 bars exactly, as opposed to 8 bars and 1 (extra) beat), then there should be no problems. But if the audio file is an uneven number of bars long, or the original tempo of the audio is not steady, then Pro Tools may miscalculate the original tempo, and when it Elasticizes the audio to match the current Tempo, the timing will be off—anywhere from a slight drift to an obvious mismatch!

When this happens, you'll have to deal with it manually. If you know the original Tempo of the audio, you can simply tell Pro Tools what it is, and this should correct any miscalculations, allowing Elastic Audio to conform the file properly to the current Tempo. You can do this by selecting the file and opening the Elastic Properties window (shortcut, Clip menu, or right-click), and typing in the correct original Tempo in the appropriate field (see Fig 4). Pro Tools will recalculate based on this new information, and you should be good to go.

If you don't know the original tempo, or if it varies, then you may have to beatmap the original audio file to determine it. One simple way would be to drag it into another session, and apply the usual Beatmapping technique (count bars, Identify Beats) to determine the correct Tempo for the file—you might want to break it up into shorter sections if there are consistently different tempos (like a slightly faster tempo in the choruses than in the verses, for example). Once you know the correct original tempo reference, you can enter it in to correct any problems, as above—if the tempo varies significantly you can do this independently for different clips, even on the same (Elastic Audio) track. (There are other ways to address this in Pro Tools as well, like with the older Beat Detective feature, but this short article is more about auto-conforming than beatmapping, so I won't try to cover every possible technique here.)

Whether you're importing a drum loop to pump up an arrangement, or trying an alternate part from a different take played at a slightly different speed, having Pro Tools automatically conform the imported audio to the current Session tempo can be a big time-saver. And even if it takes a little extra manual work, you're still way ahead of the game. But note—while most DAWs also have this capability, when issues crop up that need your attention, each has its own way of approaching the fix. Hopefully, if you run into any problems importing in Pro Tools, this article will have been of some help sorting them out.