Pro trainer and musician, Joe Albano, dives deep into the most common techniques used by top producers when mixing vocal tracks with fx and processing.

The lead vocal is, of course, the primary focus in most pop music, making it a key element in the mix. A clean vocal recording—made with a high-quality studio (condenser) mic in a suitable space—should be a good starting point, but even the best vocal tracks can benefit from some appropriate processing. Often this will be subtle, but—as with many aspects of mixing—the devil is in the details. Here are a few basic suggestions for using processors and effects to enhance a vocal recording..

Experienced vocalists hopefully will not need to have their pitch corrected, but for those occasions where the producer decides that the performance could stand to be tightened up pitch-wise, pitch-correction plug-ins like AutoTune, Melodyne, and others can automatically clean up a “pitchy” vocal track. When this kind of processing is used, there are a couple of things to keep in mind. 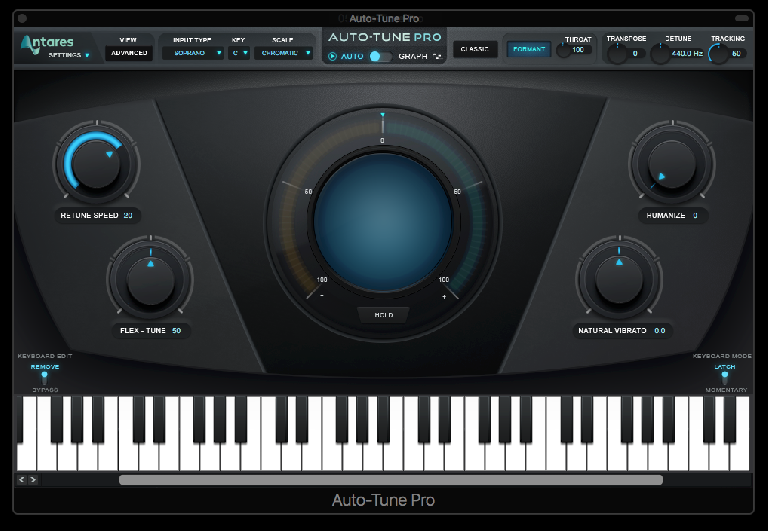 A vocal part recorded with a good studio condenser mic shouldn’t need a ton of EQ—in fact, it may not need EQ at all. Many engineers prefer to audition different mics to find the one that sounds best on a particular voice, rather than EQing it later. Our ears are so finely tuned to the nuances of the human voice that even a little EQ can sometimes make the voice sound a bit “canned”—over-processed.

Of course a little subtle EQ may be called for in the context of the mix. Depending on the mic used, a bit of a lift in the 5k-10k range can add presence, lifting the vocal above the track. A couple of dB may be enough, especially since many mics—including high-end studio mics—already incorporate this kind of subtle presence boost.

A special case for EQ might be to deal with a vocal track that was recorded live with a stage mic like an SM58/57. The combination of a dynamic stage mic’s less-airy high end and the bass boost that results from the Proximity Effect (when a directional mic is held close to the singer’s mouth) may necessitate a little corrective EQ. A broad dip of several dB in the bass from around 200Hz down can help ameliorate an overly bassy tone, and a small boost in the 10K+ range might add a little welcome air—just don’t expect it to achieve the high-frequency clarity and transparency of a studio condenser. 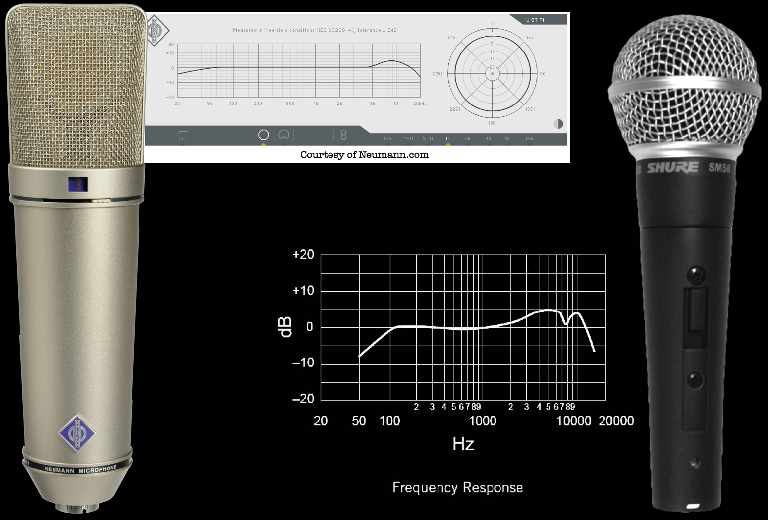 Of course EQ can be used for deliberate effects like the famous “telephone voice” effect. This familiar (some might say well-worn) band-limited effect can be dialed up by applying low- and high-cut filters to filter everything below 300Hz and above 3kHz, respectively.

Compression is widely used on vocals. Many vocalists have a wide dynamic range, which the best singers use to dramatic musical effect, but wide level swings in a mix can make the vocal sound too loud or too soft at different parts of the song, depending on the dynamics of the backing track. Compression can preserve the tonality and musical effect of more aggressive or more laid-back singing, while even-ing out the actual volume level. Most of the time this leveling should be transparent, but sometimes deliberately making a voice sound a bit “squashed” can create a dramatic musical effect—at least when that kind of treatment would be appropriate to the song/musical style.

For transparent vocal compression there are a couple of different ways to approach it. If a singer’s levels are mostly even but the occasional word or phrase jumps out too much, the compressor’s Threshold can be set on the higher side, with a higher Ratio (6:1, 8:1) to clamp down on the level of just those bits. But often better leveling can be achieved by setting the Threshold to a lower level, with a lower Ratio (3:1, 4:1) so compression will be applied at all levels. With the latter approach the louder parts of the performance will still be compressed more than the quieter phrases, but the overall leveling can be more subtle. It’s not uncommon to utilize two compressors in series, as above, to control different aspects of the part. This can allow for less-extreme settings and sometimes provide better results than trying to force one compressor to handle both sudden level jumps and provide subtle overall leveling.

Specific compressor settings are heavily dependent on the particular compressor in use, and the internal circuitry it uses for level detection and applying gain change. Many engineers/mixers would recommend an optical compressor for vocals, like the famous Teletronix LA-2A (or one of the many hardware and software emulations of it), which has few controls (making it easy to use) and is able to provide lots of transparent compression/leveling, for excellent overall level control in a mix without making the vocal actually sound compressed. 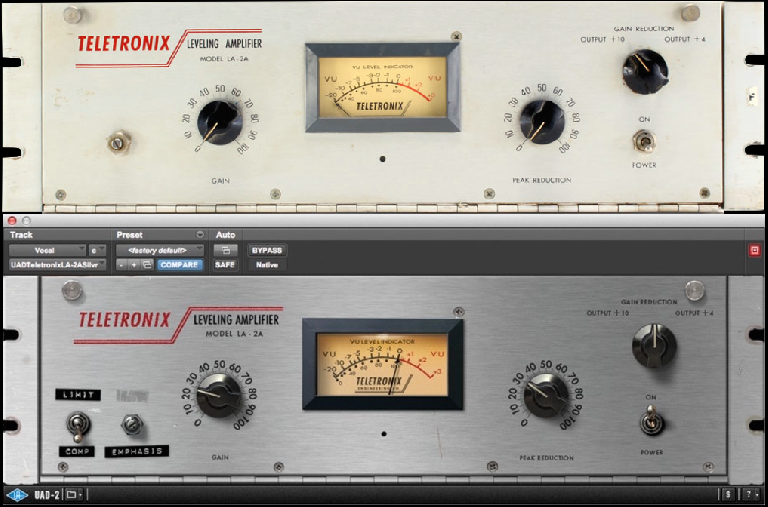 Of course time-based effects—reverb and delay—are typically employed on vocals. Everyone has heard how singing in the bathroom makes their voice sound fuller and better, thanks to the room ambience of the reflective surfaces. While some musical styles call for a relatively dry, up-front lead vocal, most of the time a little reverb or ambience will add some pleasant depth to a voice. Too much reverb, however, can push the vocal to the back of the mix, so getting the balance right is important. Sometimes adding a little delay before the reverb begins can keep it from muddying up the voice too much, and allow for more reverb to be used without making the vocal sound too distant—this option is found in most reverbs, usually labelled Pre-Delay.

Modern reverb plug-ins provide a variety of reverb types. For more subtle ambience a small room can be a good choice, though a nice bright plate—an emulation of an older mechanical reverb device—can sound wonderful on the right vocal track.

Over and above reverb, sometimes a discrete delay—an echo—is added to give the vocal a little depth without fully putting it into an artificial space. The classic version of this effect is called Slap Echo—it’s usually a delay of around 100-150 milliseconds or so, often sync’d to the tempo of the song. Feedback can be added for repeat echoes. Many delay/echo plug-ins emulate old analog delay devices—these often have warmer-sounding delays, mimicking the high-frequency losses from the tape loops or “bucket-brigade” circuits used to create them, providing a more subtle tone for the echo effect.

Very short delays—around 15-20 milliseconds or so—can be used to simulate two (or more) vocalists singing the same part together. The vocal track is duplicated, the copy delayed, and the two mixed together. Without an obvious echo, a doubled vocal part often has a fuller, richer tonality. Doubling is often referred to as ADT—Artificial Double-Tracking. In the analog era this was originally done with a second tape recorder providing the delayed (doubled) signal, and some plug-ins emulate the warm, saturated character of tape-based doubling. Sometimes a little subtle pitch-shifting (a few cents) is combined with doubling, with the doubled, pitch-shifted copies panned to the sides for a very subtly wider vocal image. 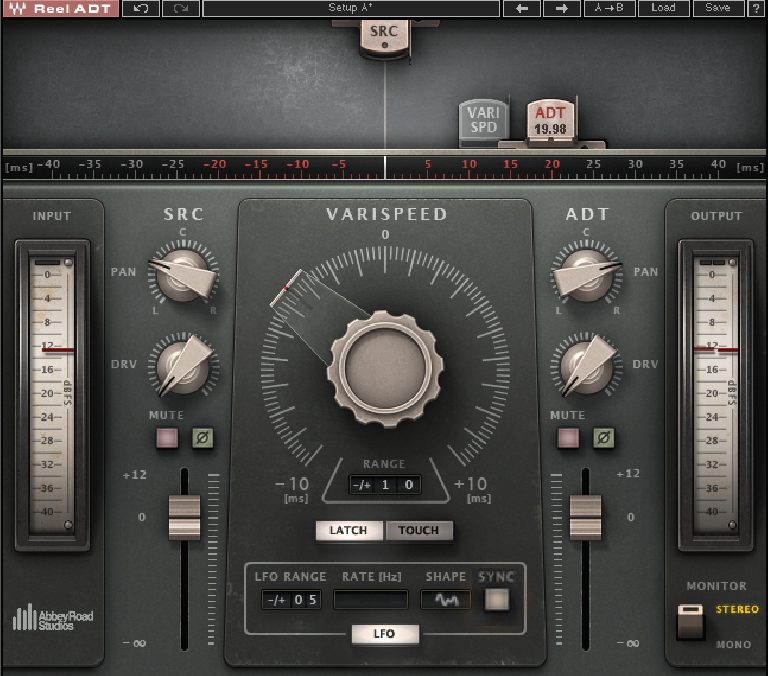 Besides the classic vocal processors, other effects may be used for more unusual vocal tones. While distortion is normally avoided for vocal recordings, a little deliberate distortion might be added to give a vocal a more aggressive character. This might be a simulation of tape saturation, or even an emulation of a voice being run through a slightly distorted guitar amp, a technique I’ve occasionally employed. To preserve vocal intelligibility, running the effect in parallel—mixing the clean vocal with a little of the distorted, processed vocal—can often provide the desired edge without compromising the basic vocal sound.

Tip of the Iceberg

Of course this has been just a very basic run-through of some standard techniques for tweaking and enhancing vocal tracks. The specific effects dialed up and how they work in a particular mix would be a suitable topic for much more in-depth discussion, but hopefully this quick look will point a few newly-minted mixers and budding producers in some interesting directions.

Learn more tips and tricks to help improve vocals and other parts of your audio and music tracks: AskAudio Academy | macProVideo