Language
Creating effective sound design for film or TV doesn't require you to have the most expensive instrument libraries. In fact, Propellerheads Reason has more than enough for your atmospheric needs.

When it comes to designing sounds for film or TV projects, you might think that you need top-end virtual instrument libraries, but it's quite possible to do it with your copy of Reason and a little creative know-how. Of course, there are all kinds of film music and we can't cover all of them, so we're going to look at the classic minimalist, atmospheric tones that are popular these days and how you can use Reason's modules to create them.

Reason doesn't support video playback natively yet, which is a little frustrating and obviously a decision taken by Propellerhead because technically it can't be hugely difficult for them to implement if they wanted. However, since you can load your movie in QuickTime Player or Windows Media Player, you can run it alongside Reason as you compose. There will be added steps at the end when you have to layer the music into the video file using a movie editing package but that's just how it goes at the moment. Load up a blank project and set a tempo. Even if you're not using rhythms yet, pick a BPM anyway. You can change this later. 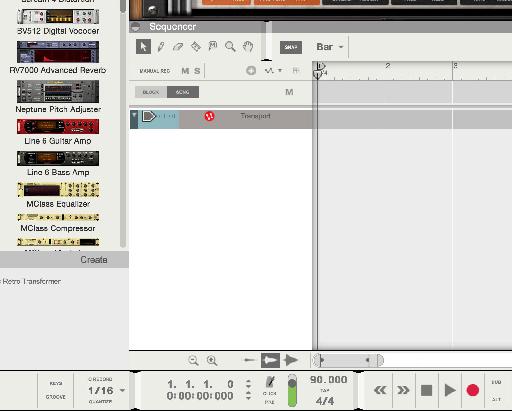 Load your movie in your media player, on a second screen if at all possible. If it's a scene or clip it might be worth looping it so you don't have to keep restarting it. Now load up a synth and reset it to zero. We have started with the Malström because it's good at atmospheres. Dial in a couple of waveforms into the two oscillators and mix them together using the blend controls until you find something that sets the mood. It's important here to work with the ADSR envelopes for each oscillator because they control the way in which sounds come in and fade out. Soundtracks often require sounds that drift in and out, and setting the Attack, Sustain and Release sliders is crucial to getting this right. Spend some time on your synth sound. It's usually better to have fewer sounds but ones that work perfectly for the atmosphere you're trying to create.

Your sound will initially be completely dry but you can use effects just like you would when writing songs to make the sound more immersive. In scoring this is crucial to setting the mood. In this case we're going for menacing and dark so we have added an RV7000 reverb with a medium density reverb patch and then dialed the dry/wet down a little so that the signal has some space but also doesn't get swamped in reverb. We have then added a Scream 4 distortion and loaded up a lo-fi preset, and this time turned the effect blend down pretty low so that just a small amount of warming and shaping is taking place. By adding just these two effects we have already made the sound much more cinematic. 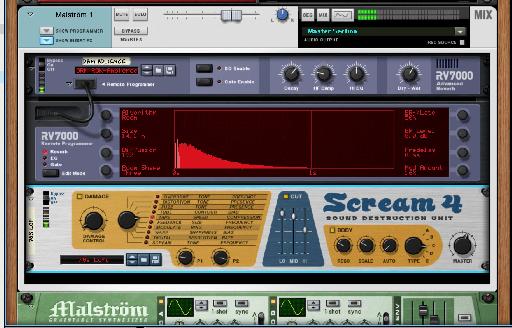 You might want to add some rhythm to the part, but not necessarily the kinds of drums you would use for a regular song. Either of Reason's drum modules is good, but here we have used Kong since it is particularly good at brooding electronic percussion sounds. After loading an electronic kit, identify which pads contain the kinds of sounds you want to include. To a click, punch in some sparse beats over your synth part. They don't have to match up like a normal song would; the important part here is the feeling. So while the beat should be in time with itself, it doesn't have to syncopate exactly with the synth textures. Use Kong's editor section to tweak each pad sound, its levels and effects to get the right feel. 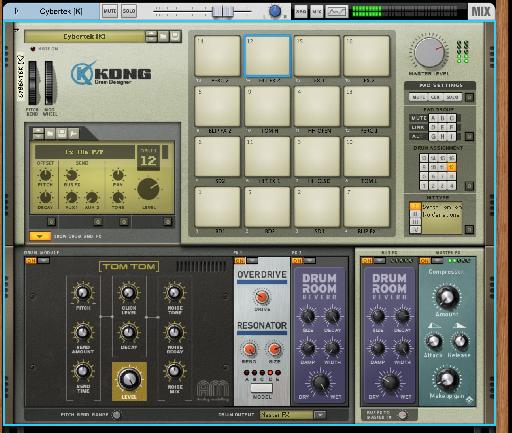 Even conventional instruments can be used to make weird soundtracks. Here we have loaded up an NN-19, one of Reason's oldest and simplest modules, and loaded a basic piano patch. To make it more interesting, the sample start knob has been altered for a much slower attack, and the filter section has been tweaked to take some of the sharpness out of the very high piano notes that have been recorded. Then an Echo unit has been added with a spacy preset dialed in quite low to add movement and depth, and finally another filter unit to roll off a little more of the harshness of the sound. The notes played work in the context of the clip. Again, it's about simplicity and effectiveness rather than overwhelming the listener. 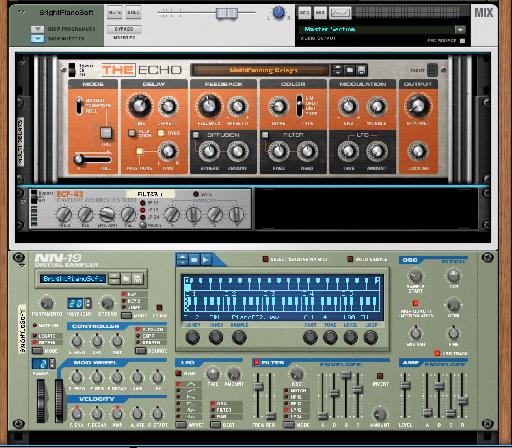 One good tip is to use tempo automation between sections of music. Let's say you have several scenes that all need music of differing style and speed. Rather than creating multiple Reason projects, use tempo automation to vary the project's speed between scenes. This way you can export the whole lot at once or at least minimize the number of different projects you need to create. When you're done, use the File menu to export either a section of music or the whole track depending on how you have put it together. 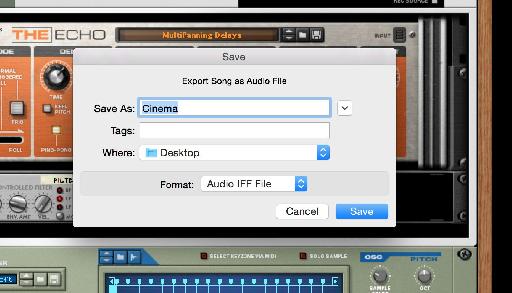 You might now need to send the music to your video editor or if you are doing the project yourself, you will need to place the music into your master video project as Reason can't currently do this. At a pinch, free basic movie editors are available and you can use QuickTime Player Pro 7 (though not the newer QuickTime X) to paste a new soundtrack into an existing movie file. If possible though you really ought to use a specialized video editor. 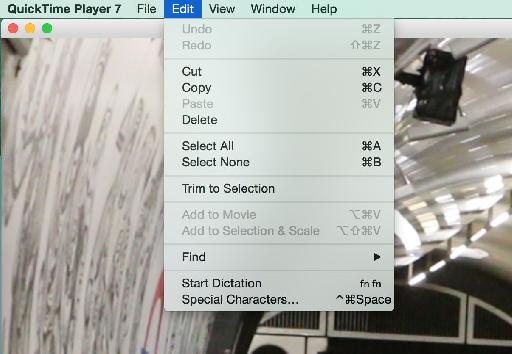 Just something I knocked up in a few minutes, but you can see the potential.

This has been a quick demonstration of how easy it can be to use Reason to generate some cinematic soundscapes and music tracks. With a little synth know-how and careful sound selection and tweaking plus the correct application of effects, the sky is the limit and you don't need to spend a fortune to do it!