Stumped by samplers? Confused by choice? Matt Vanacoro is here to guide you through some of the very best virtual samplers he has ever used.

With the advent of higher quality recording taking up less and less space, and the advent of scripting with sample libraries becoming commonplace, the market for high quality sampled virtual instruments has gotten quite competitive. There are a lot of options out there, and with the price of your average pro music software dropping (thankfully!) quickly, there’s less and less of a reason to stick to just one.

I’m going to dive into 5 of the most popular sample based virtual instruments and examine the strengths of each one. I’ll tell you right out, I don’t think there is a ‘best’ sample VI out there. Your needs could be far different from my needs, and what one user finds vital, another may never even explore. I’ve worked extensively with all four of these instruments, and I’ll shed a little light on why I might call up one over another in any given situation. 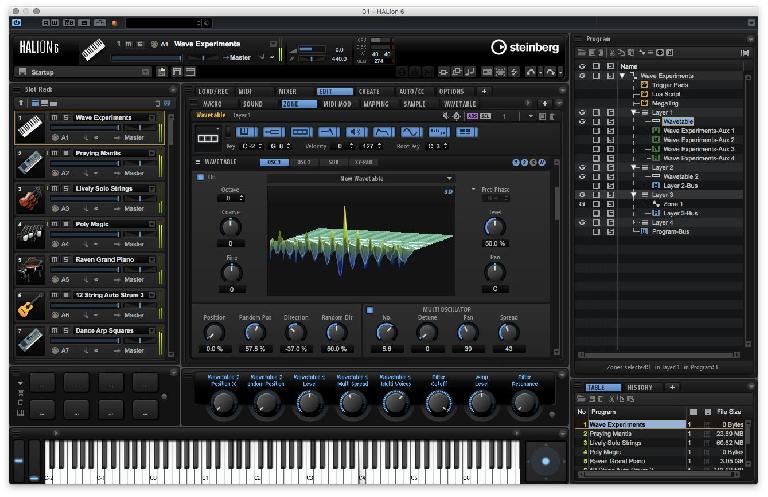 The newest entry in my stable of instruments, but certainly among the most powerful, is HALion. HALion’s greatest strength, in my opinion, is its ability to script and program for the layperson. I’ve used Kontakt for years, but to be honest, I’ve never felt the need to learn any scripting at all. HALion has changed my perception on how approachable programming my own instrument can be. I have a large library of instruments that I’ve sampled myself from various vintage keyboards I’ve owned, and the prospect of turning those samples into a graphical interface is an exciting one. Rather than having them locked in the drab look of EXS patches, HALion makes it easy to design ‘macro pages’ with quick access to sound-altering controls. You can make an instrument that looks like it came from the factory, sweet UI and all!

HALion also includes an Autosampler-like ‘live sampling’ engine that is spectacular to behold. You can quickly create high-quality sample sets from both internal and external sources in a speedy way that just isn’t really possible on most other samplers. It’s pretty fantastic. 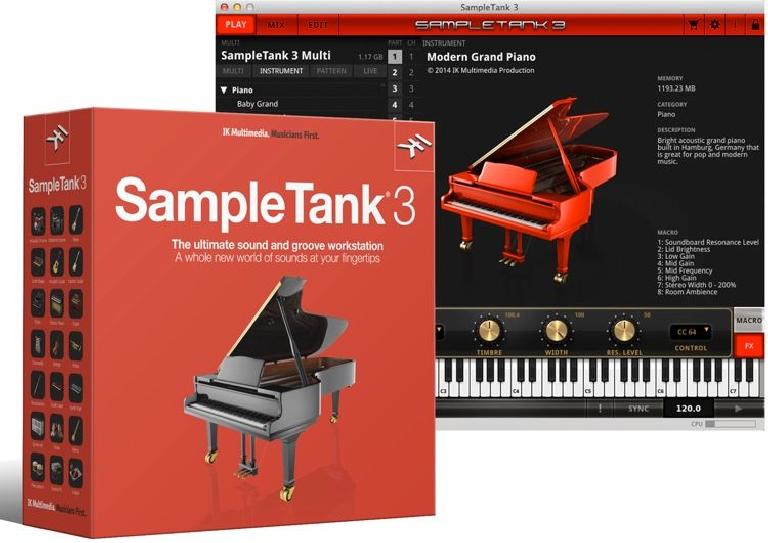 SampleTank 3 is aptly named, because it is absolutely filled with a large number of instruments. There’s very little you won’t find inside of SampleTank, and it’s a great VI to pick up if you want a ‘scattershot’ library that really covers a large gamut of styles and instrument types. You won’t necessarily find the complex scripting and intricate UI that some of the others on this list have, but don’t count SampleTank 3 out yet. ST3 has quite a lot going for it.

The processor load is almost nonexistent, so you can feel confident in loading up some pretty huge patches and multiple instances. There is a lot of legacy compatibility and a large user base - SampleTank has a deep pedigree and if you’re looking for compatibility with other folks, it’s worth a thought. Finally, SampleTank is the only sample based VI on this list (at the time of print) with an accompanying iOS app. The desktop and iOS versions don’t necessarily ‘talk’ to each other, but they share the same DNA and it’s pretty great to know that you have access to a large set of sounds from the desktop library on your mobile device. 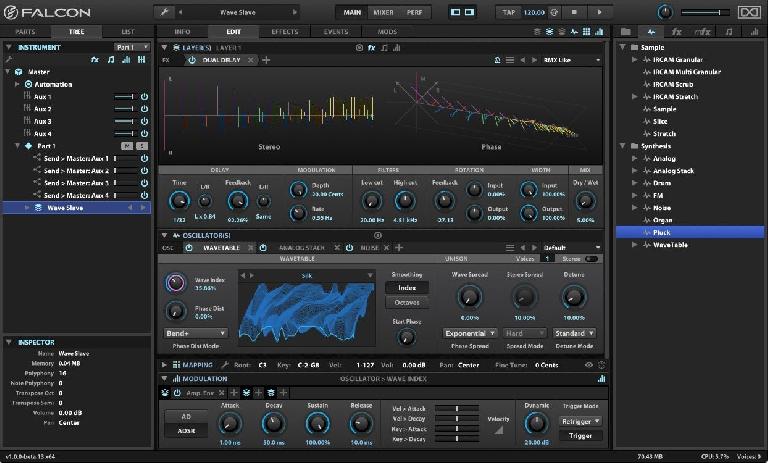 With the relentless pace of releases that UVI has undertaken, it’s hard for Falcon to not become an instant favorite. Falcon is a hybrid instrument that plays back samples and has a supremely powerful synth engine to boot. You can augment any sample based sound with a choice of up to 15 modern oscillators that range from FM to granular.

Falcon’s strength, in my opinion, is the truly awe inspiring stable of expansion instruments that UVI is developing for it. From the mighty World Suite to Synth Anthology 2, you can deck out Falcon with the sounds that are important to you and not necessarily spend purchase dollars on sounds that you’ll never use. The expansion libraries developed by UVI are absolutely top notch, very processor friendly, and (most importantly) very wallet friendly. Every time UVI drops an expansion sample library, I fire up Falcon and get inspired to create all over again. 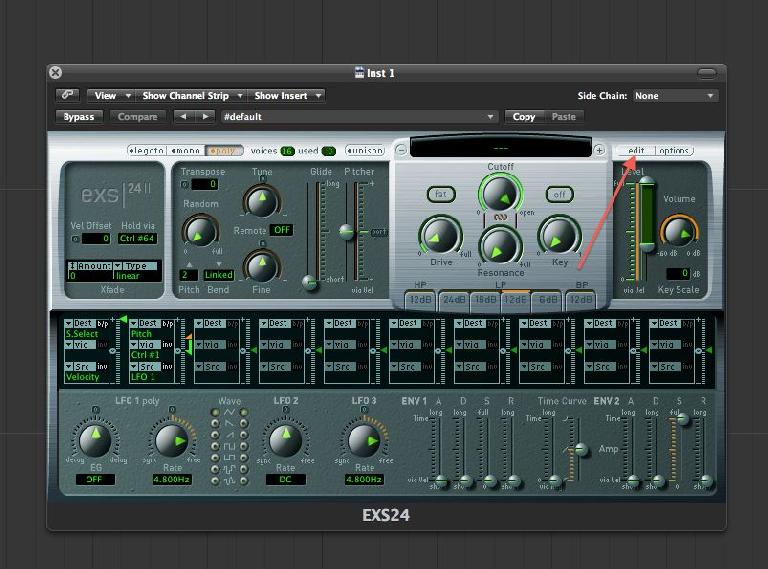 No list of samplers would be complete without Apple’s EXS 24 engine that ships with Logic or Mainstage. Although this is the only one on this list which is specifically restricted by what program you use it with, EXS 24 is absolutely one of the most popular virtual instruments on the market today. The user interface is definitely beginning to show its age, and it’s definitely due a visual makeover, but EXS is an extremely powerful sampler that can play back sample libraries from decades back.

AutoSampler’s integration with EXS 24 is absolutely one of the best features of EXS 24, and the advent of being able to plug in a vintage synth, click ‘sample’ then walk away and let it do it automatically is simply mind blowing. I’ve got a huge back catalog of instruments I’ve sampled in this way, and you should too. 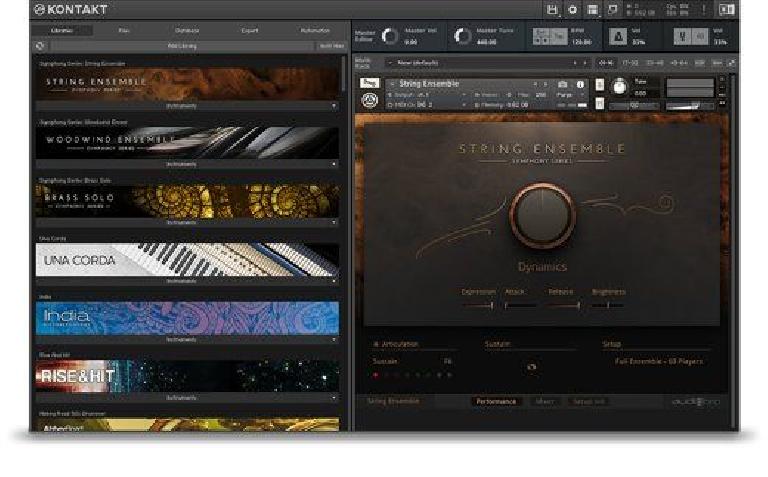 The 120 gigabyte elephant in the room is, of course, Kontakt. Kontakt has become the standard against which most new instruments are measured. In its ‘Komplete’ iteration, there is just a staggering amount of content available for just about any instrument under the sun. Kontakt’s large user base winds up being a feature, because it is very attractive for developers to release instruments to augment Kontakt. There’s a lot of great instruments out there that can augment your installation, and we’ve reviewed quite a few of them.

The advanced scripting technology in Kontakt allows instrument developers to bring a level of ‘hyper-realism’ to their sample libraries that is hard to find elsewhere. The ‘down and dirty’ is well hidden from the user, and most wrapped Kontakt instruments look visually stunning and are easy to use. There is a cost premium if you want the full gamut of Komplete, as well as a space premium, but if you compose or perform live with virtual instruments, you really can’t go wrong with Kontakt.

As you can see, each of these great instruments represents a huge team of developers, years of work, and millions of dollars in investment. Each one has its merits, and there’s no reason you should own only one of them. I chuckle a bit when my studio friends who have a guitar up on their wall for each day of the week ask me ‘which sampler do you use’. My usual answer? ‘All of them’.

Jay Asher
I totally agree Matt, and i would add Best Service ENGINE to the list.
Matt Vanacoro
Oh, jeez! Did you just add another sampler that I need to buy to the list? You totally did!!
Jay Asher
No it's free, but you do have to buy the libraries :)