Language
You don't need a full blown, expensive Digital Audio Workstation like Pro Tools or Logic or Cubase to edit audio these days. In fact, this free online HTML audio editor might just be all you need.

Music apps online? HTML drum machines? An audio editor in your web browser? The later is exactly what Audiotool's Probe Sample Editor is. To top that, it's pretty good and will fulfill all of your basic audio editing requirements.

There's a number of simple tools you can use to edit audio. For example you can fade in, fade out, resample, reverse the entire file or a selection. You can invert left and right channels, normalise, amplify and there's even a graphical EQ. In terms of navigation you can easily zoom the waveform, jump to the start and end of both the audio file and the selection. Plus you can choose to select audio by zero point, snap edit points to the grid and there's a metronome built in too. 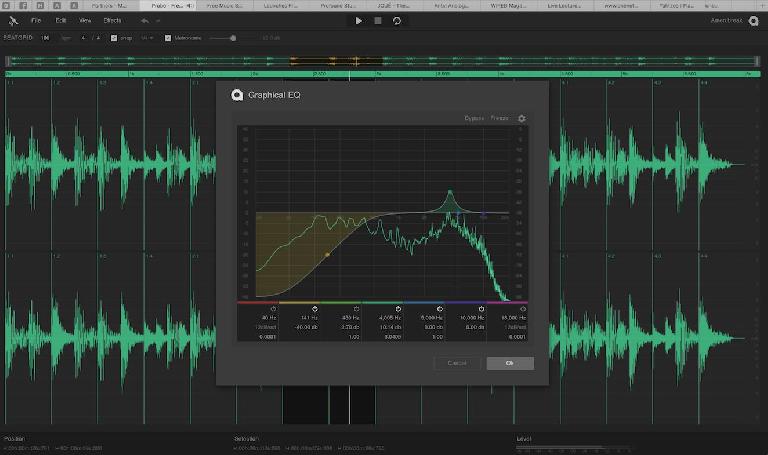 The graphic EQ in Audiotools Probe works as seamlessly as an EQ plugin in a major DAW.

After using it on a short Amen Break example audio file I was shocked how fast and effortlessly this editor performs. Very, very cool indeed.

Here's what audiotool.com tell us about their awesome html audio editor, probe:

The FREE Online HTML Sample Editor was officially launch yestreday and it’s called Probe. Probe offers a variety of features such as industrial standard waveform-rendering, fast multi-threaded effects and unlimited history steps. Probe is running on all modern browsers as Chrome, Firefox, Opera and Edge. Probe exports to lossless wav-format (16 or 32bit). Drum-loops can be easily sliced with the Beat-Grid feature and a metronome. With a minimalistic, nice looking, responsive user-interface and lots of keyboard-shortcuts, Probe offers an easy to operate sample-editing platform right in your browser. 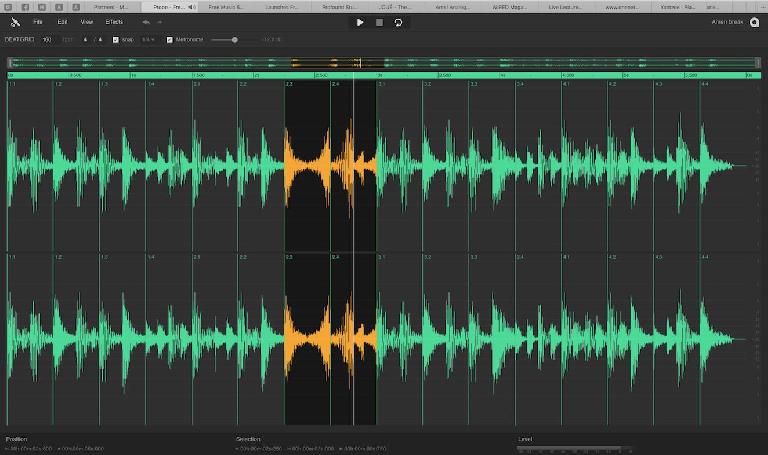 It's hard to believe Audiotools Probe is running in your browser.

Audiotool users can export samples directly into the audiotool cloud, however, Probe can also be used by anyone who’s not registered with audiotool.

Probe is in line with our mission to democratise the process of music creation and collaboration in the cloud. Like all of our products within our browser-based audio workstation, it is web-based and free to use.

With nearly 1M users from around the world now, Audiotool are excited about launching their first new product in a while. Probe already runs on the latest technology we are developing for the next version of audiotool which we’re continuously working on. Stay tuned!

Probe can be reached via this link: https://probe.audiotool.com